As a historian of medicine, I have spent a significant amount of time combing through first-hand accounts of illness. My work focuses on the 1600s and 1700s, so much of these first-hand accounts are recorded in personal writing like diaries and letters. Over the years, I noticed a surprising pattern. Again and again, patients linked their ill health to fruit. Some grew ill from overeating fruit. Others choked on fruit. A few ate rotten fruit. Sixteen-year-old Elizabeth Livingston was recovering from a dangerous illness in 1665 when, after eating too much fruit, her health took a sudden turn for the worse. “My great folly in pleasing my taste for some short moment,” she wrote, “has brought me many days of trouble.”

Even if we still associate poor health with overeating today, we have a very different explanation for it than might someone like Elizabeth Livingston. Yet her experience provides a fresh perspective on our own present-day beliefs. She shows us that seemingly immutable truths—that our bodies are made up of flesh, bones, and blood, for example—are actually products of our historical moment. When Livingston was writing in the late 1600s, the body was thought to be comprised of four fluids, or humors, in addition to flesh and bone. Imbalanced or obstructed humors caused illness, rather than invading germs or mutating cells. Temperature was key to humoral theory and was an important factor in creating imbalanced and obstructed humors. Which brings us back to fruit. With its wet, cold properties, fruit offset the body’s humoral stasis.

Livingston’s story also takes us outside the body and into the mind of a seventeenth-century girl. She recorded the incident not for its medical significance but because she believed it to be spiritually noteworthy. Livingston viewed her illness as divine punishment for unchecked desire. She indulged in the fleeting pleasures of fruit despite warnings from her doctor and aunt.

This spiritual lesson is even more evident when we consider the most famous account of fruit consumption of all. The Biblical story of Eve eating the forbidden apple resonated with any pious person living in the 1600s, and perhaps Livingston was thinking of Eve as she related her fruit-induced illness as a parable of sin and temptation.

Livingston’s tale also evokes a second well-known story about fruit recorded by Saint Augustine in his fourth-century conversion narrative, Confessions. Augustine was the same age as Livingston—just 16—when he and some friends stole pears from a nearby orchard. They had plenty of their own pears, but they could not help themselves. As Augustine recalls, he did not steal the pears to enjoy them, but only for the thrill of taking them. His sin was finding pleasure “in doing what was not allowed.” He wrote about the incident to teach the importance of acknowledging even the slightest transgressions. Livingston’s temptation and subsequent illness echoed the very lessons Augustine was trying to impart to readers.

At first glance, Livingston’s 1665 illness might seem like a quaint anecdote from a distant past. Yet something as seemingly mundane as overeating fruit has much to teach us about how we explain health and perceive our bodies today, as well as the stories we rely upon to make sense of our world and our stomachaches.

Olivia Weisser is Assistant Professor of History at the University of Massachusetts Boston. She lives in Cambridge, MA. 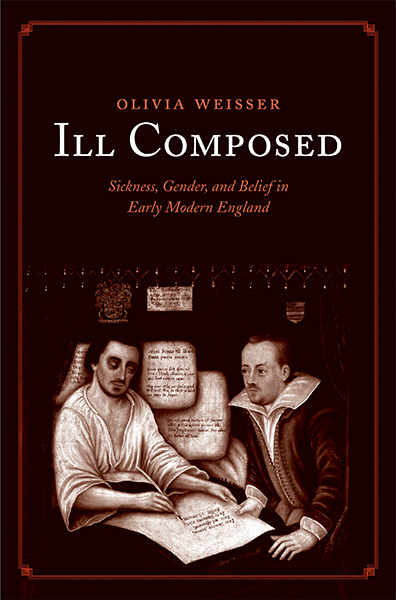 Featured Image: Engraving of designs for carved fruit by Antonio Latini via Wellcome Images under a Creative Commons license