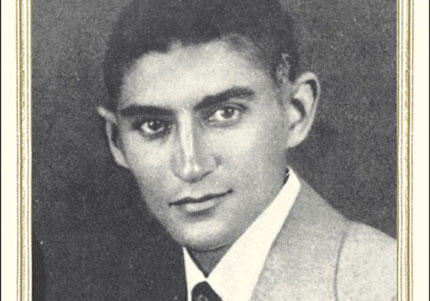 No one sings as purely as those who inhabit the deepest hell—what we take to be the song of angels is their song. 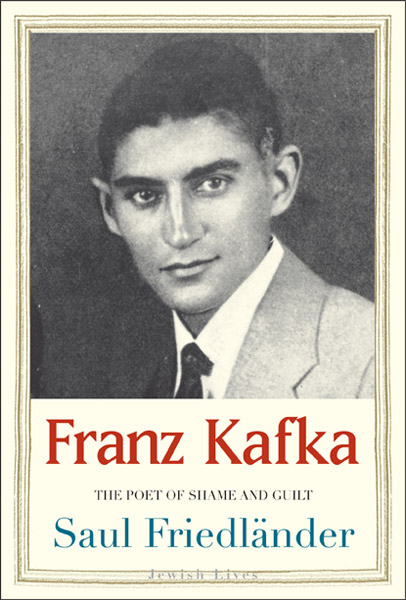 The anguished metaphor that Kafka describes to Jesenska is perhaps characteristic of his life and work. In his letters, diaries, and especially his fiction, there is a pervasive sense of guilt and shame that never quite seems to go away. Pulitzer prize-winning historian Saul Friedländer sets out to explore these personal anxieties in his fascinating intellectual biography, Franz Kafka: The Poet of Shame and Guilt. “Very early on,” Friedländer explains, “Kafka must have felt that he was different from most of those who surrounded him, different in his erotic cravings and different in the powers of imagination and expression he sensed within himself. […] In his fiction he demolished the very norms to which he submitted in his everyday life.”

Owing in part to the vast interpretive possibilities of Kafka’s writing, countless studies have been written on his life and work. Friedländer acknowledges that “treasures of erudition have been spent on recording the tiniest details of Kafka’s life and on excavating the philological, literary, and philosophical foundations of each of his metaphors or name games,” but also points out that “some huge spires towering over Kafka territory–his sense of shame and guilt, perceived by every reader–have elicited mainly very general and abstract interpretations that do not sufficiently point to the personal anguish from which they stemmed.” What were the experiences and relationships in Kafka’s life that produced such anxiety? And how did it manifest in his writing? Friedländer‘s highly original work grants readers a glimpse of that tortured world. One of his central claims is that the issues tormenting Kafka were of a sexual nature. Commentators have pointed out his fear of sexual intercourse and suggested impotence, which helps us to understand the domain for shame; as for his feelings of guilt, Friedländer ties them “not to some concrete initiatives on his part but to fantasies, to imagined sexual possibilities.”

For anyone who enjoys Kafka’s work or is intrigued by the interplay between life and fiction, Franz Kafka: The Poet of Shame and Guilt is an ideal gift.