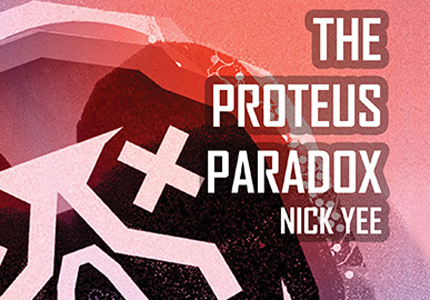 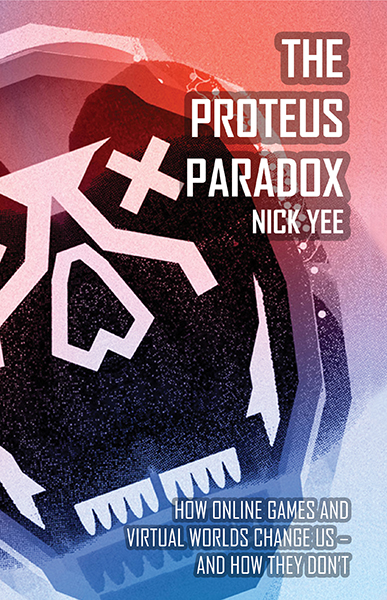 Read Nick Yee’s piece on how the media gets video games wrong on the Huffington Post.

Online games such as Second Life or EverQuest might seem escapes from reality, opportunities to create new persona and new worlds. In his book, The Proteus Paradox, gaming researcher Nick Yee instead contends that these games often serve to replicate the offline world, from its superstitions to its furniture.  We asked Dr. Yee about his research, his biggest concerns about the future of gaming, and why the NSA would want to play World of Warcraft.

Yale University Press:  Could you describe how you became interested in gaming research?

Nick Yee: I’ve always been a gamer. I remember playing the original SimCity and Civilization games from floppy disks when I was a kid. Of course, I could have never imagined I would end up studying gamers for a living.

During my junior year in college, back in 1999, two seniors a year ahead of me did their theses on the personality differences among gamers of different video game genres. One of those genres was the Massively-Multiplayer Role-Playing Game. And so their thesis adviser got them a copy of EverQuest so they could better understand the game context. I was the lab techie for their adviser and installed the game for them. For whatever reason, I was the only one of the three who enjoyed playing the game. It was playing EverQuest that made me realize how interesting these online communities are.

I began running online surveys of EverQuest players in the spring of 2000, as part of an independent study project with Professor Doug Davis at Haverford College. Over the years, I’ve surveyed over 50,000 online gamers on a diverse range of topics— asking why they play, how they fall in love, how they manage drama in guilds, etc.

YUP:  What are the Daedalus Project and the Proteus Effect? Why all these names from Greek mythology?

Yee: As I began surveying online gamers and generated findings, I used blogging software to archive, categorize, and index all these findings. And so the Daedalus Project was born. It was a website that I used to recruit from, engage with, and share my findings with the online gaming community.

In 2003, as I was running the Daedalus Project while working full-time in Chicago, I realized that I probably should go to grad school if I was doing all this research on my own time. I was accepted to Stanford’s Ph.D. program in Communication and began four  incredibly productive years with Professor Jeremy Bailenson. For my dissertation, I ran a series of experiments exploring how our digital avatars might change us in turn. We found that people given more attractive avatars walk closer to and share more personal information with virtual strangers. And people given taller avatars negotiate more aggressively in a bargaining task. And so it turns out that in virtual worlds, our digital bodies change how we think and behave. We referred to this as the Proteus Effect, a reference to the Greek sea god Proteus who could change his physical form at will.

YUP:  What is your biggest concern about the current state of online games and virtual worlds?

Yee: Our contemporary online games and virtual worlds tend to replicate reality, and, in doing so, they encourage people to perpetuate social norms and stereotypes. At first glance, this claim makes no sense—aren’t these fantasy worlds all about becoming someone else? But we create virtual chairs even though our virtual bodies don’t get tired. In Second Life, a virtual sandbox where people can be and do anything they want, most users strive for virtual (and thus attainable) replicas of their earthly desires—gym-fit bodies, brand name clothing and accessories, and a spacious shorefront home.

In World of Warcraft, we found that gamers have a strong stereotype that women prefer to heal in these games. When we analyzed the game server data, we found that this stereotype was false—male and female gamers have roughly the same propensity for healing. But there was a difference in terms of avatar gender—female avatars heal more than male avatars. When we dug deeper into the data, we found that this in-game effect was created when players were using avatars of the opposite gender. When men gender-bend, they heal more frequently. When women gender-bend, they heal less frequently. So via play, these gamers were making a false stereotype true.

So the risk is that we assume that virtual worlds are a digital escape when they are in fact perpetuating the norms, assumptions, and prejudices of our offline lives.

YUP: Could you help us to understand some of the recent news regarding the U.S. National Security Agency and the United Kingdom GCHQ’s use of online games such as World of Warcraft? How does surveillance work in online worlds? What information might such agencies gain from virtual reconnaissance?

Yee: The recent news stories on NSA/GCHQ’s involvement in virtual worlds highlights how the persistent journalistic trope that online games are detached from reality is both misleading and distracting. For example, the ProPublica article begins with phrases like “fantasy worlds” and “digital avatars that include elves, gnomes.” This framing helps these news stories build to the conclusion that the government’s interest in virtual worlds is misguided and a waste of time and money.

The framing of these online games as fantasy worlds sidelines the fact that they are novel communication platforms. Everyday, millions of people all over the world are interacting with each other in persistent graphical worlds using digital avatars. And as with every new communication tool, the scientific and practical questions abound. How is using an avatar different from using typed chat alone? Do people maintain a sense of personal space when using digital avatars or do they create new social norms? When everyone can choose an attractive avatar, what makes an avatar more persuasive? What kind of society do people create when they can be anyone and do anything they want? Recent news stories insist on framing these communication platforms as fantasy worlds and imply that the sole function of intelligence agencies is to look for terrorists. I think this perspective is somewhat naive. An intelligence agency that ignores a novel communication platform isn’t doing its job.

These virtual worlds are also the most perfect surveillance states that have ever existed—a boon to both social scientists and intelligence analysts. Everything you do, everyone you speak to, and everywhere you’ve been is meticulously tracked by the game server. Blizzard, the company behind World of Warcraft, publicly releases thousands of variables for every active character on a daily basis. My colleagues and I have used this public data to map out the many connections between online behaviors and offline personality. For example, gamers who are less conscientious offline are more likely to die falling from high places in World of Warcraft. Our online and offline selves are entangled in many unexpected ways.

The connection between gaming and warfare is also worth highlighting. America’s Army is a video game created by the US Army; it has proven to be a more effective recruitment tool than all other forms of Army advertising combined. When a video game can persuade people to risk their lives for a cause, it would only be a surprise if intelligence agencies were not paying attention to virtual worlds and online games. Whether they are obtaining data legally or not is a separate issue, but their interest in virtual worlds should not be a surprise.

Nick Yee has explored online games and virtual worlds with a variety of research methods and tools for over a decade. He is widely known for the Daedalus Project, an extensive survey study of online gamers, and for his original research at Stanford University on the Proteus Effect, which describes how our avatars change the way we behave online and off. Formerly a researcher at the Palo Alto Research Center, he is currently a senior research scientist at Ubisoft, where he studies gamer behavior. He lives in Mountain View, California.