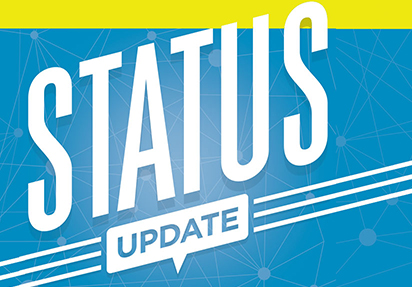 Read a piece from Alice Marwick on why “social media is making us anxious and paranoid” on Medium.com!  (13-min read) 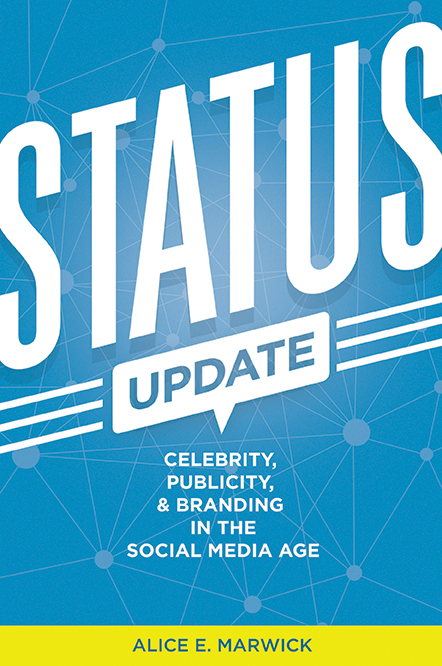 In her new book, Status Update: Celebrity, Publicity, and Branding in the Social Media Age, Alice E. Marwick explores how Web 2.0–or social media–encourages a preoccupation with status and attention. Social media, she argues, has “brought the attention economy into the everyday lives and relationships of millions of people worldwide, and popularized attention-getting techniques like self-branding and lifestreaming.” Based on extensive ethnographic fieldwork conducted in San Francisco, where Marwick spoke to members of the tech scene, attended meetups about technology, went to parties hosted by tech companies, and observed interactions online, Status Update is a penetrating sociological record of the Web 2.0 culture.

As a preview of the insights Marwick offers in her book, we’ve selected the following excerpts from a chapter about ‘lifestreaming’, in which she explores the advantages and disadvantages of sharing our personal lives online.

Lifestreaming is the ongoing sharing of personal information to a networked audience, the creation of a digital portrait of one’s actions and thoughts. People who lifestream use software like Twitter, Facebook, and Foursquare to track information about themselves and make it available to others […]  Lifestreaming is the “always-on” aspect of social media, the constant pings and alerts that makes smartphones so hard to ignore.”

“While Twitter is frequently characterized as a chattering stream of irrelevant pieces of information, these pieces of information, gossip, small talk, and trivia serve to create and maintain emotional connections between members of the networked audience. A study by Gina Masullo Chen found that the more time people spent on Twitter, the more they felt a sense of camaraderie and connection with other users. […] Individual items from the lifestream, such as what music someone is listening to or where they are eating, probably have little or no intrinsic value to the audience. But each tidbit aggregates with other pieces of personal information to form a larger picture and reinforce a social bond.”

“Personal informatics enthusiasts used technology to record and monitor personal data, often using the internet to broadcast weight loss or health progress. For many, knowing that people were watching their data streams created a sense of obligation to an audience, much in the same way that groups such as Weight Watchers or Alcoholics Anonymous use peer accountability to help members maintain desired behaviors. Similar principles applied to social obligations. Actions like wishing people “happy birthday” and attending events were done in view of others, encouraging people to hew to social norms.”

“Before the internet, people would learn about parties or romantic relationships by gossiping or asking friends. This type of knowledge wasn’t secret, but it wasn’t available to everyone and was rarely written down. Today, any member of the networked audience can peruse a Facebook invite to see who was or wasn’t invited, or look at Foursquare check-ins to see who is spending time together. […] Social media users are practiced in the extraction of nuance through ongoing analysis of the lifestream. While each piece of information by itself may not mean much, it creates a larger picture when combined with others. For example, knowing that Julie visited a local bar on Tuesday night is not, in isolation, particularly interesting […] If analysis of the lifestream reveals that Julie’s best friend’s ex-boyfriend was also at the bar, and this is the third night in a row that they have been in the same place, a new picture emerges.”

“The presence of the networked audience not only encourages the self-conscious performance of identity; it enables others to weigh in on social norm violations. […] while audience involvement can be seen as promoting accountability, social media also amplifies the amount of drama and conflict as other people besides the original two players become involved in the argument, chiming in much as gossip blog readers weigh in on the latest celebrity divorce or feud.”

“Location-based social software like Dodgeball, Foursquare, and BrightKite were especially anxiety-provoking to my interviewees. People use these applications to “check in” to a place and broadcast their location to friends, making it possible to see where friends and acquaintances are at all times. If ten friends checked into a bar, the eleventh friend would wonder why she hadn’t been invited. This feeling is recognized by many in the tech scene as FOMO, or “fear of missing out.” Deciding to have a quiet night in doing laundry can seem like the wrong decision when faced with pictures and tweets from friends doing something that looks more fun.”