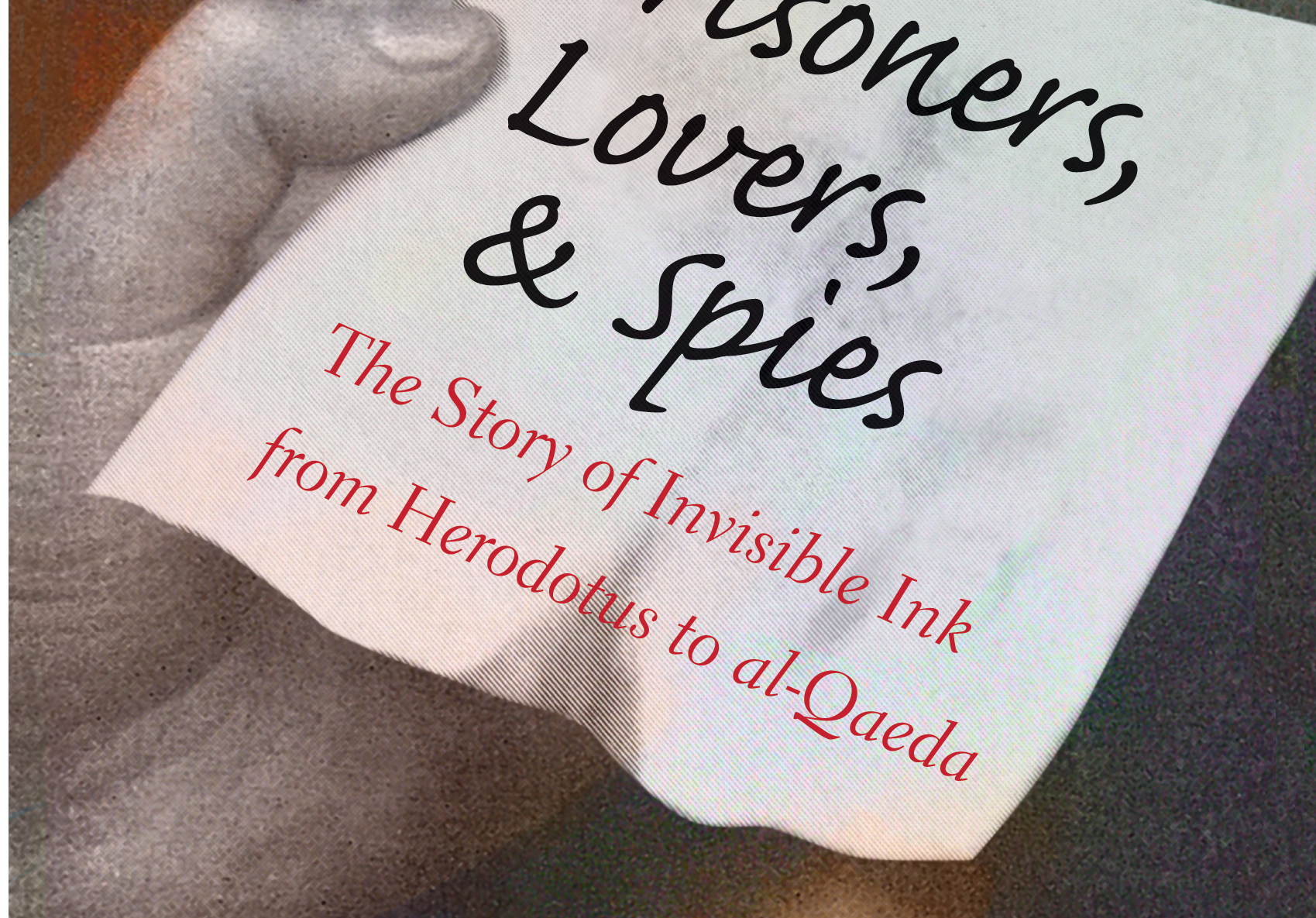 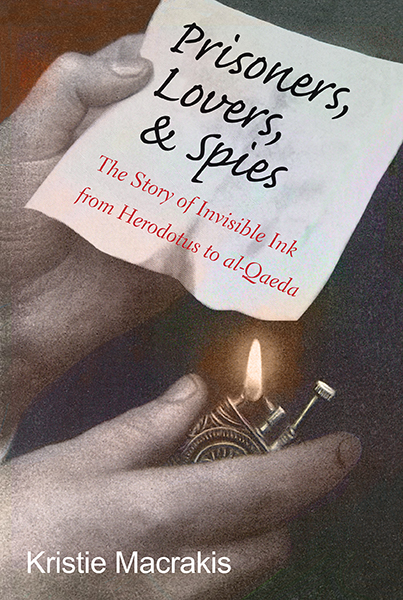 In celebration of Valentine’s Day, we have a special guest post from Kristie Macrakis, author of the forthcoming Prisoners, Lovers, and Spies: The Story of Invisible Ink from Herodotus to al-Qaeda. Read on for lovers’ secrets and be sure to watch the special Valentine’s Day video on secret writing techniques.

Ever feel bashful about expressing your feelings? Ever wish you could send your valentine an invisible message? Are you concerned that the NSA is reading your private thoughts?

Don’t worry anymore. For thousands of years lovers have used easily available materials to write secret messages written in invisible ink. Instead of sending an anonymous valentine this year, send it in invisible ink.

In ancient Rome, the love poet Ovid wrote a racy manual on the Art of Love and appears to be the first person to write about using milk to hide secret messages.  He tells us:

A letter too is safe and escapes the eye, when written in new milk:

Touch it with coal dust and you will read.

Well, you don’t need to use coal dust after pulling out the milk carton because you can simply heat the message and it will become visible. Of course, if you write the message on a body you might try a glutinous substance like ashes or dust to read the message, as you don’t want to burn your partner.

If you’d prefer to use lemon juice, that’s another very popular household invisible ink item. In case you didn’t know, by the 16th century many people used lemon or lime juice to write secret messages. Spies used it, prisoners used it and lovers used it.

I won’t tell you here when people started to use lemon juice to write secret messages (the answer is in the book…..), but I’ll give you a hint: it’s not when you might guess.

By the mid 17th century it was commonplace for “ladies to communicate their Amours” in secret writing as an anonymous author wrote in Rarities.

Other ordinary people could also  “order [their] private affairs with all imaginable safety and secrecy.”

So it wasn’t just the ladies that communicated their Amours, the gents were often bashful about expressing their thoughts and liked using invisible ink too.

Abraham Cowley, a royalist poet who lived amongst the intrigue and dangers of the English Civil War in the 17th century, penned a poem called “Written in the Juice of Lemon.”

Cowley was frustrated because could not see what he wrote (I have that problem too when I write invisibly), but at least he dared write the poetry precisely because he could hide it.

But his poem wasn’t just pitched at lovers. He had dark things to say about those “hypocrites” and “hereticks” that he had come across as the exiled Queen Henrietta Maria spy and cipherer and decipherer in Paris. In any case, fire lit up their despicable deeds, just as fire or heat chars lemon juice to a readable brown color.

Crowley was a famous poet in his day– as admired as Shakespeare, but later critics weren’t kind to him. Clearly, one critic didn’t understand the “written in lemon juice” poem metaphor as he claimed lemon juice wasn’t a very romantic substance because it was caustic!

If I can stick up for Cowley for a moment: the point wasn’t to pour lemon juice on your lover. The point was to write secretly in lemon juice and then warm it over fire.

In the poem Cowley waxes poetic about the way the invisible becomes visible, through heat, just as a heart can heat up. It’s like nature, when sun kisses trees and plants, buds blossom. Invisible letters also blossom when heated:

Strange power of heat! thou yet dost show

But as, the quickening sun approaching near,

The plants arise up by degrees;

A sudden paint adorns the trees,

And all kind Nature’s characters appear.

I don’t think that’s such a bad poem…

It’s not surprising that by the Victorian period using what they called “sympathetic ink” was quite popular. A shy, closet poet wrote a sympathetic ink poem and said he “writes the words” his love “dare not speak…in ink that can’t be seen.”

For those of you who’d like to write words you dare not speak in ink that can’t be seen, you can also try grape juice, orange juice, onion juice (better for a friend than a lover), vinegar, urine or even semen (but I won’t get raunchy here). Semen doesn’t show up with heat, but if you have a black light handy, the invisible writing should become visible.

But lovers ink got even more sophisticated and fun in romantic 18th century Paris with the discovery of cobalt chloride. Unlike milk and lemon juice, cobalt chloride appeared with heat and disappeared again when cooled. And it was readily available back then. Until recently, you could even get some of this lovers ink in a tiny bottle at the store through mail order or on the web. Pulp magazines advertised bottles of romantic ink:

“Write invisible love messages in passionate-red invisible ink which only you and your lover can make appear and disappear. Protect your love life.”

It is no wonder it began to be called “ink for the ladies.”

There must be thousands of letters written by lovers in secret ink but I’ve only found a couple of them. Please send me any developed invisible ink letters you might possess from the family attic!

Kristie Macrakis is professor of history, technology, and society at the Georgia Institute of Technology. She is a historian of science as well as espionage and the author of numerous books and articles, including Seduced by Secrets. She lives in Atlanta, GA.