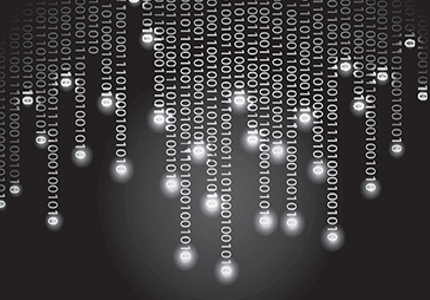 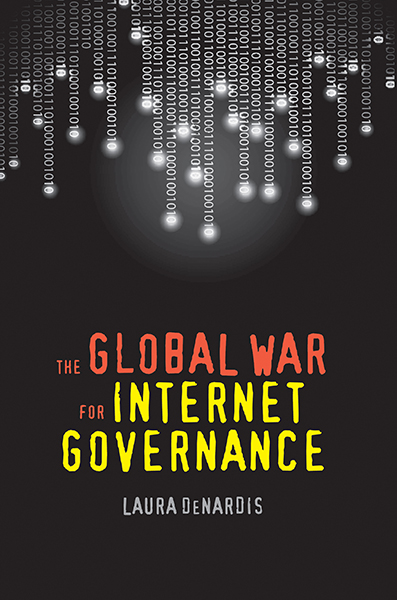 Every day hundreds of thousands of websites are created and the number of unique Internet users is up in the billions. Our collective addiction to Facebook and Google is such that the brands have now become action verbs. When you have questions, Google (almost) always has the answer. The nearly immortal and infinite qualities of the Internet sound like something out of Jorge Luis Borges’s “The Library of Babel,” but with such a massive resource comes massive responsibility. But how can and how does one exercise control over an ever-growing, abstract product like the Internet?

In her new book, The Global War for Internet Governance, Laura DeNardis, an engineer and Communications professor, emphasizes that the Internet is now the global stage for geopolitical, economic, and ideological power:

Internet governance conflicts are the new spaces where political and economic power is unfolding in the twenty-first century. Technologies of Internet governance increasingly mediate civil liberties such as freedom of expression and individual privacy.

Recent controversies such as proposal of the Stop Online Piracy Act (SOPA) bill and the Wikileaks scandal have been hot topics in the news recently. While media outlets and policymakers discuss issues of Internet control, however, DeNardis points out that there are discontinuities between what they say and how the Internet works in reality. Behind the catchy web addresses branded in our memories are binary data that is controlled by unknown authorities. And so the key question to answer is this: “How is the Internet currently governed?” DeNardis demystifies the Internet and provides us with a technological and historical framework to help us understand it. From explaining how the Internet works and how Internet Service Providers manage their business to the complexities of net neutrality and internet governance, The Global War for Internet Governance provides a firm understanding of how the internet has evolved and relates the lesser known stories involved in its development. It also allows the reader to better grasp the current Internet-related issues being discussed in politics and the media.

Global internet governance controversies are on the rise and DeNardis brings this to light in a way that contextualizes these growing problems and analyzes their consequences in the future. Internet governance is a complicated problem to resolve for a variety of reasons. In the first place, the Internet is a realm where traditional government and institutions have less control but want to enforce copyright laws and make sure that intellectual property rights are being respect; they also want to shield the country from cyberattacks. But exercising too internet control can have the law enforcers fall prey to accusations of censorship and infringement on freedom of expression. As such, these online liberties empower the collective actions of everyday citizens and businesses as well. On the other hand, at what point are Internet freedoms too much? It can lead to cyberbullying and it can help propagate hate speech or simply infringe on privacy (an example of the latter problem is the controversy surrounded the potential breaches of private by be Google Street Views). Not only is the issue of Internet governance a matter of public political interest but also of private commercial interest. As such there are multiple stakeholders in matters of Internet governance. Advertisers and businesses want access to online user information for marketing purposes and policymakers want to protect civilian privacy while also wanting to aid make businesses in these endeavors.

In terms of protecting our user information, we tend take a lot for granted: we surf web when our activity is tracked through cookies or through our Google searches. Or we will log onto our Facebook and Twitter accounts from our phones, tablets, and computers without contemplating the amounts of information these two social media giants possess about its users. As DeNardis states, “Whether one views it this way or not, the business model supporting much of the Internet industry is predicated on users relinquishing individual privacy in exchange for free information and software.” The combination of political, commercial, and ethical interests behind the Internet sheds light on the multifaceted nature of the issues at hand.

The blessing and the curse of the Internet is that we’re given access to limitless loads of information, yet at a moment’s notice it can be taken away from us and we are ignorant to the reasoning behind it. DeNardis empowers the reader by revealing the inner workings of the Internet and its ensuing politics that take place backstage.

You can listen to DeNardis talk with the National Democracy Institute about her book and the issues presented in it by clicking the link here: http://www.youtube.com/watch?v=tpChBW-3yL0&feature=share&t=10m30s