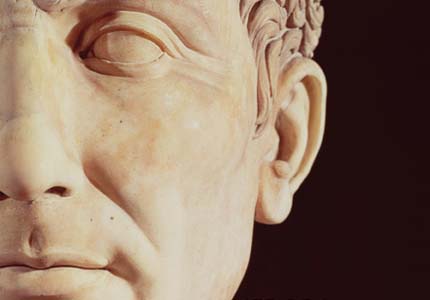 See all 20% off titles in our YUP Backlist History promotion! 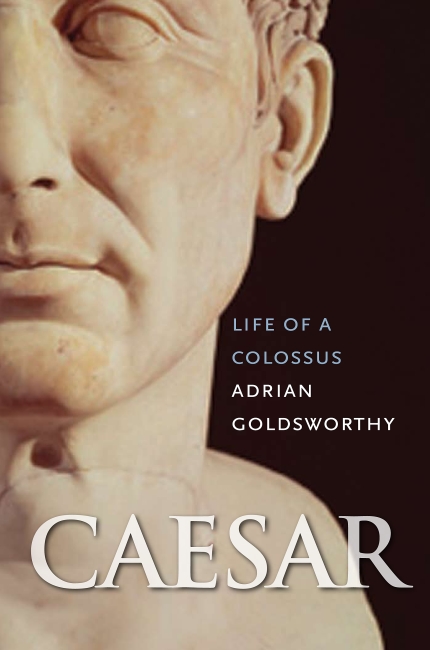 In a key moment of Shakespeare’s Julius Caesar, the titular character famously declares:

I could be well moved, if I were as you;
If I could pray to move, prayers would move me;
But I am constant as the northern star,
Of whose true-fix’d and resting quality
There is no fellow in the firmament. (3.1.58-62)

Within the context of the play, Julius Caesar’s speech serves to demonstrate his strength and unassailability, which are markers of a great Roman and leader. History proves Caesar’s fictionalized assertions of invulnerability and fixity in this instance to be true and false at once. He was born into a patrician family that was not wealthy, influential, or distinguished, yet he became a general, statesmen, Consul, writer, a dictator, and more. On the infamous Ides of March, he was stabbed to death as part of a conspiracy (moments after making this speech, in Shakespeare’s play). After him, all later Roman emperors took the name of Caesar. Even now, his captivation of our imagination and his impact on the world endures.

In the biography Caesar: Life of a Colossus, Adrian Goldsworthy explores the multiplicity of Julius Caesar – the leader perceived as “colossus” and as “constant as the northern star,” the military general, the wily politician, the lover and seducer of women. Following a chronological structure, Goldsworthy begins with a depiction of the world and Rome of Caesar’s birth and ends with the aftermath of his death. The biography divides the fifty-six years of Caesar’s life into three parts: “The Rise to Consulship, 100-59 B.C.,” “Proconsul, 58-50 B.C.,” and “Civil War and Dictatorship, 49-44 B.C.”

This comprehensive biography endeavors to contextualize and examine Julius Caesar’s life by attempting to answer the seemingly simple questions of what he did as well as how and why he did it. Unlike other books about this Roman, it does not attempt to compare his regime with Augustus’s years of power. Nor does it try to create a dichotomy between Caesar as a politician and Caesar as a general. It does not depict events with which Caesar was not personally involved in too much detail for the general reader. As the title Caesar indicates, the aim of the book is to strive to understand Julius Caesar in his entirety and complexity.

As Goldsworthy admits his introduction, there is much about Julius Caesar that we don’t know and may never know. And yet:

Part of the fascination with Caesar is because he is so difficult to pin down and because mysteries remain, for instance, as to what he really intended in the last months of his life. In his fifty-six yeas he was at times many things, including a fugitive, prisoner, rising politician, army leader, legal advocate, rebel, dictator – perhaps even a god – as well as a husband, father, lover and adulterer. Few fictional heroes have ever done as much as Caius Julius Caesar.