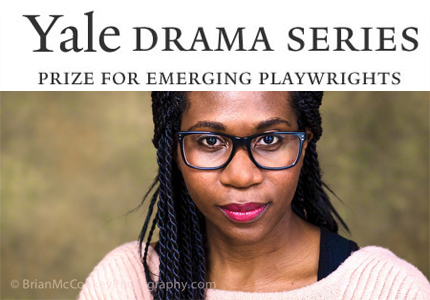 Pulitzer Prize winner Marsha Norman has selected playwright Janine Nabers as the winner of the 2014 Yale Drama Series for her play Serial Black Face, chosen from 1638 entries from 41 countries.  As winner of the competition, Serial Black Face will be published by Yale University Press, receive a staged reading at Lincoln Center Theater’s Claire Tow Theater, and Ms. Nabers will be presented with the David Charles Horn Prize, a cash award of $10,000.

In Serial Black Face it’s Atlanta 1979. A serial killer is on the loose and a single black mother’s relationship with her young daughter grows more hostile when a handsome stranger enters their lives.

“I was very pleased to judge the 2014Yale Drama Series, the writing competition established by Francine Horn to honor her husband David Charles Horn,” says Marsha Norman.  “Janine Nabers is an extraordinary writer–powerful and funny and brave.  This work is unsettling to read, but even as you read it, you know it is true.  The crackling dialogue and the unswerving honesty are beautiful to experience.  The character of Vivian will always be with me now.  I am eager for Serial Black Face to have the production it deserves.”

“I am incredibly honored by this prestigious award,” says recipient Janine Nabers, “and I’m humbled to be included in a long list of fearless and undeniably talented writers.  Serial Black Face is a play inspired by events surrounding the Atlanta Child Murders and tackles a time in America that has been gravely overlooked.  I’m happy that this award can give voice to that time. To be a recipient of the Yale Drama Series Award is a privilege.”

Francine Horn, president of the David Charles Horn Foundation, says, “We are thrilled to be honoring Janine for her powerful, timeless play.  And we send our thanks to Marsha and her team of readers on their fortitude and dedication to read over 1600 entries.” 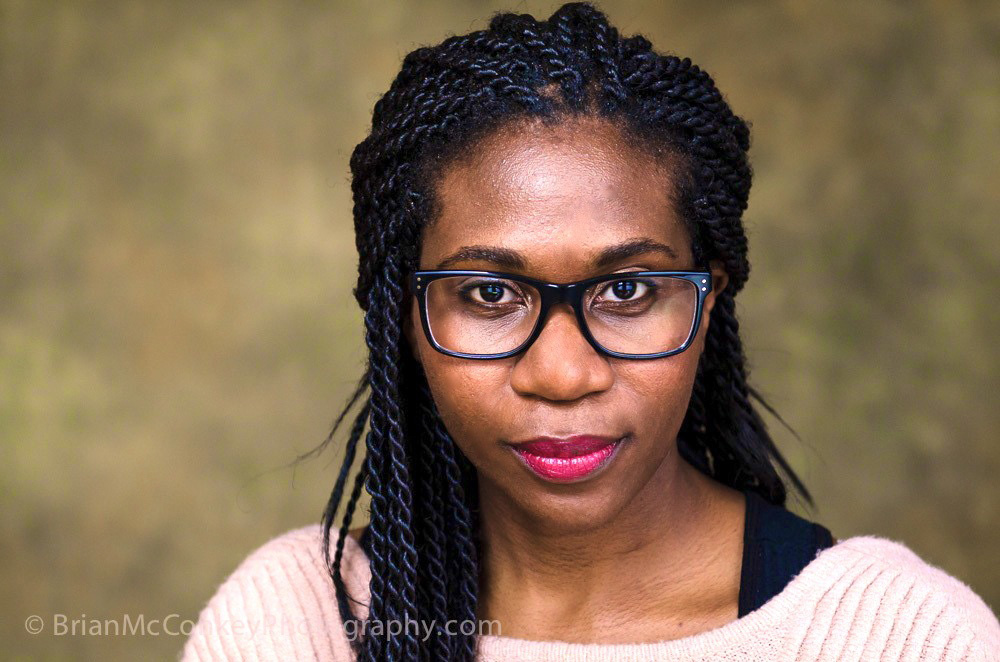 Janine Nabers is currently the 2013-2014 Aetna New Voices fellow at Hartford Stage. Her plays include Annie Bosh is Missing, Welcome to Jesus, A Swell in the Ground, the book to the Sylvia Plath / Ted Hughes musical Mrs. Hughes and the book to the Kate Nash / Andy  Blankenbuehler musical Only Gold. Recent awards include: the 2013 NYFA playwriting Fellowship,  the 2012 New York Theatre Workshop fellowship and the 2011 Page 73 Playwriting Fellowship. Janine is currently a member of MCC Playwrights Coalition and the Dorothy Strelsin New American Writer’s Group at Primary Stages. She is an alumna of Ars Nova Play Group, Soho Rep Writer/Director Lab, the Dramatist Guild Playwriting Fellowship, the MacDowell Fellowship, and the 2010 and 2011 Sundance Theater Program.  Currently Janine is working on commissions from Playwrights Horizons, Hartford Stage, and The Alley Theatre.

Marsha Norman won the Pulitzer Prize for her play, ‘night, Mother, a Tony Award for the book of The Secret Garden, and numerous other prizes and awards for her other work off and on Broadway, which includes the musicals The Color Purple, The Trumpet of the Swan, and the current The Bridges of Madison County.  For the last twenty years, she has been Co-Director, with Christopher Durang, of the Lila Acheson Wallace Playwriting Program at the Juilliard School.  She is a former Vice-President of the Dramatists Guild of America and a founder of The Lilly Awards.

Now in its eighth year, the Yale Drama Series is an annual international open submission competition for emerging playwrights who are invited to submit original, unpublished, full-length, English language plays for consideration.  The Yale Drama Series is funded by the David Charles Horn Foundation. Marsha Norman served as the sole judge of the 2013 and 2014 competitions.  Past judges, who have each served a two-year term are Edward Albee, David Hare, and John Guare.

British playwright Nicholas Wright has been named the judge for the 2015 and 2016 Yale Drama Series Award.  Wright opened and ran the Theatre Upstairs at London’s Royal Court Theatre; was joint artistic director of the Royal Court; and is a former literary manager and associate director of the Royal National Theatre.  Born in Cape Town, South Africa, he was a child actor who studied at the London Academy of Music and Dramatic Art.  He has written over 30 plays, libretti, and screenplays, including  Vincent in Brixton,  Mrs. Klein, and Traveling Light, which have been performed all over the world from London’s Royal National Theatre, Royal Shakespeare Company, and Royal Court, to Broadway by New York’s Lincoln Center Theater.

Submissions for the 2015 Yale Drama Series Award will be accepted no earlier than June 1, 2014, and no later than August 15, 2014.  For complete competition rules, please visit www.yalepress.yale.edu/yupbooks/drama.asp.