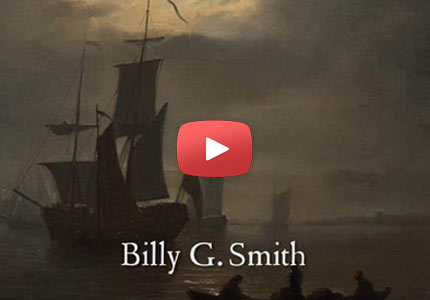 In 1792, a ship set sail from England with the best of intentions. Its tragic journey would change the course of history forever.

Historian Billy Smith uncovered a remarkable story of tragedy unleashed from misguided humanitarianism in his book Ship of Death: A Voyage that Changed the Atlantic World. The Hankey was engaged to ferry abolitionists seeking to establish a colony free of slavery to West Africa. Lack of understanding and respect for the cultures they encountered doomed the ship’s original mission. The video below, narrated by Smith, traces the far-reaching results—the changes to the fate of the Haitian Slave Rebellion, contributions to the Louisiana Purchase and the death of hundreds of thousands across several continents.