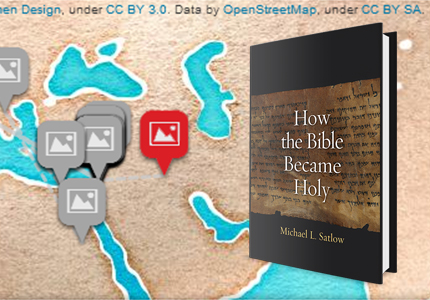 Though it is easy to see the Bible today as a singular work – one text held as holy by many religious believers – it has a less straightforward history. The Bible was compiled over time from the writings of religious figures whose influence depended on the balance of political power. Professor Michael Satlow has tracked down this history in How the Bible Became Holy, identifying the original sources of the text and the contexts in which they developed significance to religious followers.

Faith, and by extension what is held sacred or holy, is an extremely personal concept. The scope of influence of these beliefs that comes with organized religion reaches far beyond the personal level. The beliefs of organized groups of people have a strong influence on politics, as seen today in debates on issues like abortion, gay marriage, and public school curricula. It can be harder to see the ways in which politics, in turn, influence religion. Below, the interactive timeline developed by Satlow condenses the history of the Bible, providing a perspective that shines light on the lines of influence between politics and religion.

Visit mlsatlow.com for more of Professor Satlow’s research and writings.