My friend, you would not tell with such high zest

To children ardent for some desperate glory, 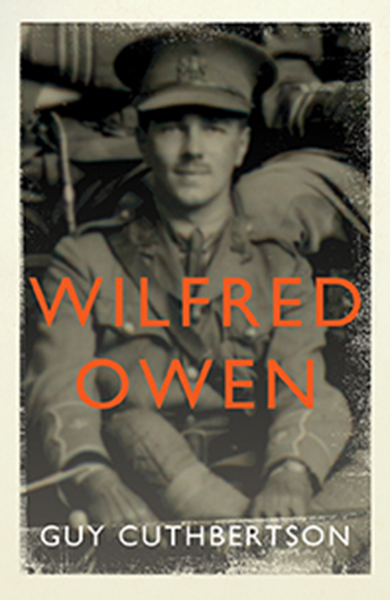 As a fourteen-year-old boy, Wilfred Owen wore a crest that combined a globe with a cross, and underneath ran the motto “To Observe the World.” Guy Cuthbertson, author of the new biography Wilfred Owen, writes that this crest could have served Owen as a badge for life. Owen led a short life but was constantly on the move. As a child, he lived near the Welsh border in Oswestry, Shropshire, before moving back and forth between Birkenhead near Liverpool and Shrewsbury. As a young adult, he spent time in Dunsden, Reading, and London before leaving for the Continent. Despite having moved around a lot, Owen’s tight-knit relationship with his mother provided him with emotional stability throughout his life.

Unlike her husband, Susan Owen encouraged his interest in poetry. In her youth, she wished to become an artist, but her dreams were crushed by her difficult living circumstances. Neither a starving artist nor a well-off gentleman, Owen also struggled with his lower-middle-class socioeconomic status that prevented him from pursuing higher goals. He grew up without a nanny, a boarding-school education, and without a comfortable home. He had little money to travel and socialize with fellow artists and cultured society. And he could not go to university because he could not afford the school fees and did not have high enough grades to qualify for scholarships (which he bitterly blames on the fact that he had to work so hard outside of school at his jobs). His dream of following his literary predecessors’ footsteps to Oxford was never realized.

He did study English and botany at University College, Reading, but in the end Owen provided himself with the literary education he sought. He had a deep devotion to poets of the past, such as Keats, Shelley, and Tennyson. Cuthbertson writes that Owen felt closer to dead writers than to living people; according to Owen, Keats’ home in Hampstead was “one of London’s most holy spots.” In general, he loved being in London because of its wide range of cultural offerings and because he got the sense of being somewhere necessary, somewhere where it all happens and where he can walk the same streets as great men of yore.

Similar to the titular character in Chateaubriand’s René, Owen felt he was born in the wrong era. His head was in the 20th century but his old soul wandered in the worlds of centuries past. If the present was ugly, Owen would find happiness in the past, an attitude that differed from the Victorian emphasis on Progress and the future. But the real world around him was also on the cusp between the old and the new. During Owen’s childhood in England, the motor car was a rare sight, horses still plowed the fields, and planes did not yet adorn the night sky (Owen would see his first plane in 1912). It was not until he left to teach English in Bordeaux that he managed to enjoy a life more similar to the one he dreamed of, even if it meant fabricating aspects of his identity to mesh with the social and cultural elite of the area.

Wilfred Owen was not a man for fighting in the trenches and facing the horrors of World War I. But ever the poet since childhood, Owen grew up intensely aware of the visual beauty of war and how it was a source of inspiration to many writers. However, Cuthbertson emphasizes that Owen was not naïve about the realities of war and had been previously exposed to war and death: he ministered to the sick and dying in as a lay assistant in Dunsden, he had seen wounded soldiers while living in Bordeaux, and he participated in military training for a year before being sent to the Front. He put off enlisting for some time because he knew, unlike many young lads his age, that war was not all about exciting heroics. Eventually, Owen joined the Artists’ Rifles in October 1915, a Special Forces regiment of the British Army Reserve that comprised of creative types and those from a public-school/Oxbridge background. While in the trenches in France, he felt a need took an archaeological approach to writing about the War and his poetry reflects a keen sensual understanding of the violence that surrounded him. He met a tragic end, dying on one of the last days of the First World War, at just 25 years old, and his family was informed of his death on Armistice Day. It is indeed very sad for such a young talent to leave us so soon, but given that Owen never wanted to grow up and had a fear of growing old, one might say that he would appreciate the pathos to his death.

Cuthbertson’s narrative feels very up to date with contemporary references to help readers understand World War I’s famous poet. He compares Owen to fellow Scouser John Lennon because of their mutual roots near Liverpool while also comparing him to Humbert from Lolita because of his deep interest in young children. Despite making these comparisons, Cuthbertson ultimately demonstrates that Owen is hard to define. He always tiptoes on the border of being something different. While born in England to an English family, his connections to Wales and Welsh culture had some wondering whether or not he could considered a Welsh poet. While raised in an evangelical Christian family, Owen was so enchanted by the art of Catholicism that some thought he perhaps became a Catholic in secret. His sexuality also remained less than clear; Owen expressed an admiration for certain young men and women, but many admirers thought him to be almost sexless.

Even in death, Wilfred Owen’s identity is still a mystery, still constantly in motion. Like Peter Pan, Owen never grew old in his own life nor in our imaginations.