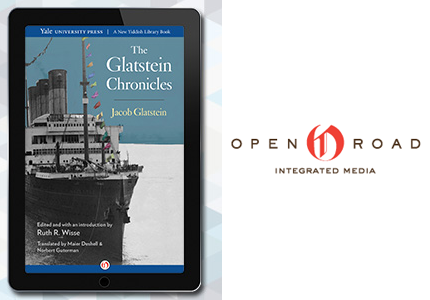 Get the ebook of The Glatstein Chronicles for only 2.99 via Open Road Media this Jewish American Heritage Month!

In 1934 and with World War II steadily nearing, Jacob Glatstein, one of the most prominent Yiddish-language poets of his time, boarded a ship from the United States to visit his dying mother in his hometown of Lublin, Poland. It is this trip that serves as the basis for the two novellas of autobiographical fiction comprising The Glatstein Chronicles. Told from the first-person perspective of Yash, The Glatstein Chronicles highlights the decline of an entire community through the lens of international Jews in the years leading up to World War II. Book One, “Homeward Bound” details Yash’s observations of his fellow passengers’ political and social leanings over the course of his journey. Glatstein combines childhood memories of violent pogroms in Poland with commentary on escalating anti-Semitic sentiment in Europe to highlight the resilience of the Jewish people and their ability to remain united as a collective group in the face of growing hostility.

In book’s second half, Glatstein reveals the true matter at hand, once again through the experiences of others: the utter despair and seeming lack of hope that must be endured by the Polish Jewry in an environment almost wholly overtaken by anti-Semitism. The Glatstein Chronicles’ importance lies not only in its ability to shed light on the Jewish experience in the years leading up to World War II, but also in its prescience, foreshadowing the imminent horrors of the Holocaust Jews had yet to face at the time of the novellas’ publication.  At the end of Book Two, “Homecoming at Twilight,” before his return to the United States, Glatstein reflects:

Even my mother’s death seemed to coincide oddly with the downward movement of my own life, and all this was in step with Jewish life as a whole, maybe even with the twilight now settling down over the whole world.

Although fraught with anguish and hopelessness, The Glatstein Chronicles serves as “a filial homage to Polish Jews,” offering hope, a hope rooted in the notion that solidarity with one’s community is the most crucial to enduring harship.

This month is the perfect time to explore the life of Yash Glatstein and the experiences of the Polish Jew through The Glatstein Chronicles, translated by Maier Deshell and Norbert Guterman and part of Yale University Press’s New Yiddish Library series. 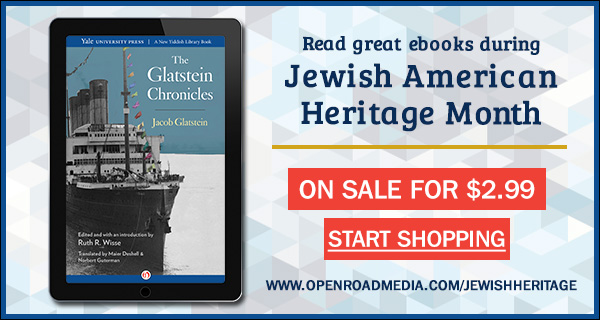