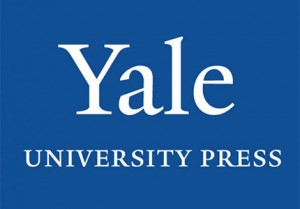 Welcome to our weekly roundup of news from university presses! Once again, there is a lot to share this week from our fellow academic publishing houses and much to learn on What SUP at the social university presses. This week, we celebrate Jewish American heritage, remember the life of Iris Barry, founder of the film department at the Museum of Modern Art, and reconsider the social changes our country is facing. What did you read this week?

With a new change in regime steadily approaching, Duke University Press offers hope for the ongoing elections in India, and the ramifications they will have for the country’s widespread political corruption and its poverty-stricken citizens.

This month is Jewish American Heritage Month, and in recognition, Duke University Press provides a guest post by Rabbi Michael Lerner reflecting on the conflicted heritage of American Jews as it relates to the adoption of new mainstream values in lieu of the “Jewish community’s blind loyalty.”

In celebration, the University of Nebraska also invites its readers to read a number of titles from their repertoire, among others relating to Jewish history, and to consider the ways in which they relate to the grand scheme of American history.

This week also saw Columbia University’s examination of the life of Iris Barry, founder of the London Film Society and the film department at the Museum of Modern Art. They offer an interview with Robert Sitton, author of Lady in the Dark: Iris Barry and the Art of Film, in addition to a discussion of key films in Barry’s career as a film curator and a post detailing her life in photos.

With the recent NFL Draft this week and all the buzz surrounding Michael Sam, Oxford University Press considers the potential positive financial repercussions engendered by admitting more LGBT players into the NFL and other professional sports leagues.

As the equation of same-sex marriage to incest, polygamy, and adultery abounds across the nation, the Penn Press Log criticizes these arguments with the help of Brian Connolly, author of Domestic Intimacies: Incest and the Liberal Subject in Nineteenth-Century America. Here, he challenges the specious assumption that incest is a universally held taboo which has always been prohibited.

As divorce rates continue to increase in the United States, alimony, one of the most controversial aspects of divorce law remains to be questioned. Cynthia Lee Starnes writes a guest post for From the Square, NYU’s Press Blog in support of alimony law, debunking several myths concerning alimony’s demeaning nature as it applies to women.

The Stanford University Press Blog reports on Osagie Obasogie, law professor at UC Hastings, who, aiming to deepen our understanding of the construct of race, has undergone empirical examination of blind subjects to test the extent to which our notions of race are based on visual input.

Keeping in line with Americanized notions of race and in an attempt to humanize Latin Americans, one of the largest and ever-increasing racial minorities in the United States, author Mario T. Garcia writes for the UNC Press Blog, presenting oral histories from first-generation college students in order to dispute the stereotypes and misconceptions that remain in the American consciousness in regards to the nation’s Latin community.

While famous photographs can tug at our heartstrings and increase awareness of crises throughout the world, Oxford University Press questions the role that photography actually plays in affecting social change.