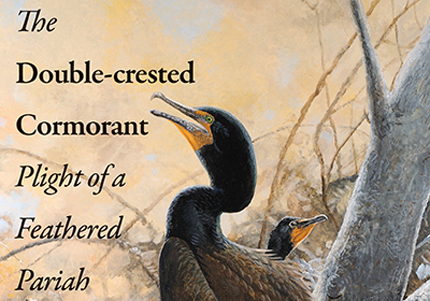 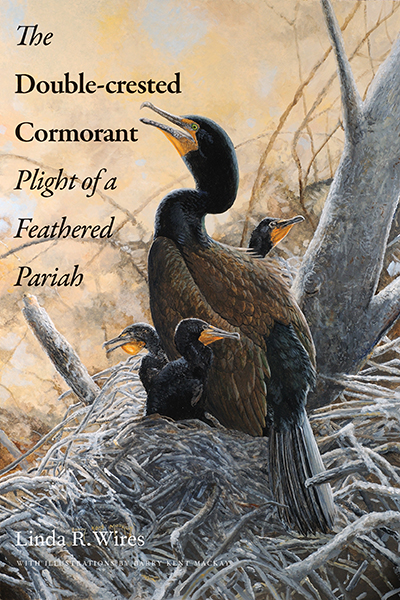 As long as I can remember, I’ve loved birds.  As a child, I would spend long stretches of time planted, crossed-legged on the floor, in front of our glass sliders. I was waiting for the sudden, magical arrival of birds—chickadees, cardinals, juncos, goldfinches, blue jays, Carolina wrens, tufted titmice, red-bellied woodpeckers. It didn’t matter what appeared on the railings and floorboards of our deck. Even the bland and too-abundant sparrows had something that drew me in.

From childhood until the present, I have been fascinated by birds’ behaviors, personalities, appearances, and the sense of cosmic connection that time spent watching and interacting with them provided. There wasn’t a single bird that didn’t appeal to me.

Except one: the double-crested cormorant.

I first spotted the cormorant through the soot-shellaced windows of Metro North trains. On weekends, when I fled from New York City to Connecticut for family visits, I generally was in a nature-starved state. I enjoyed the train trips home. They represented the first stage of escape from the city and my conduit to reconnection with the outdoors.

I could feel the crush of the city lift off of me with each mile as I peered out at the landscape.  Relaxing, I would look eagerly across the green tracts of trees and then into the marshlands and tidewaters, searching for animals and birds.

I would savor the sight of an elegant great white egret or a crimson-beaked laughing gull. But my sense of wonder would always be jarred and cut short when I caught sight of a cormorant.

The double-crested cormorant is a dark waterbird that is ink black, and mid-sized, with a long goose-like neck.   Spotting them for the first time through the train windows, it was definitely their pose that stoked aversion. Small groups of them were gathered, each standing singly on a rock. And on their rocks, they each stood motionless, with their sizable wings expanded out on either side of them.  They held this pose—wings extended in the air—unmoving, for minutes at a time. They seemed unearthly and portentous.

In short: they gave me the creeps. 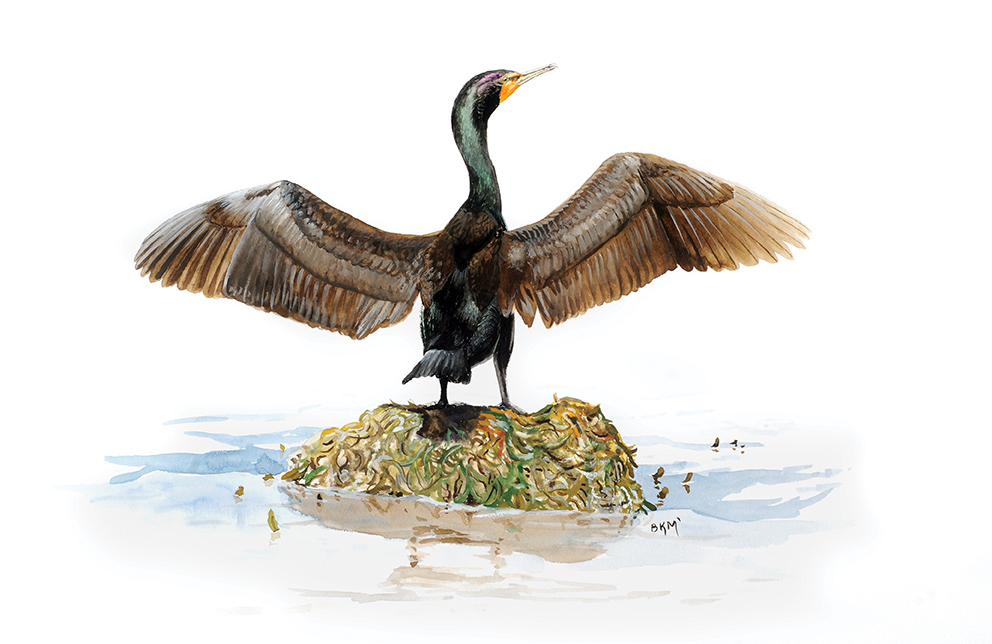 From then on, when I saw them, and got the associated mini-shiver, I turned my attention away.  Wouldn’t our marshes be perfect, I thought, if they would go elsewhere?

In 2012, I happily made the shift out of New York to work at Yale University Press.  I rented a cottage that gave me great proximity to a walking along the water and tide marshes. I could finally make a birdwalk part of my day whenever I wanted.  Just a few steps outside my door was the chance to see an enormous variety of birds, from native species to migrants that made brief, glorious appearances during spring and fall. I bought a pair of binoculars and guidebooks, and began to take daily walks.

It was there, on a trail that ran over a tide pool, that I came face-to-face with a double-crested cormorant. There was no train window between us. And this time it wasn’t perched on a rock. It was fishing.

I’d never seen a cormorant do this, and the speed with which it dove under water and reappeared—yards away from where it dove under—amazed me. It was incredibly efficient, slicing the silver water with its dive and bobbing to the surface with a fish. 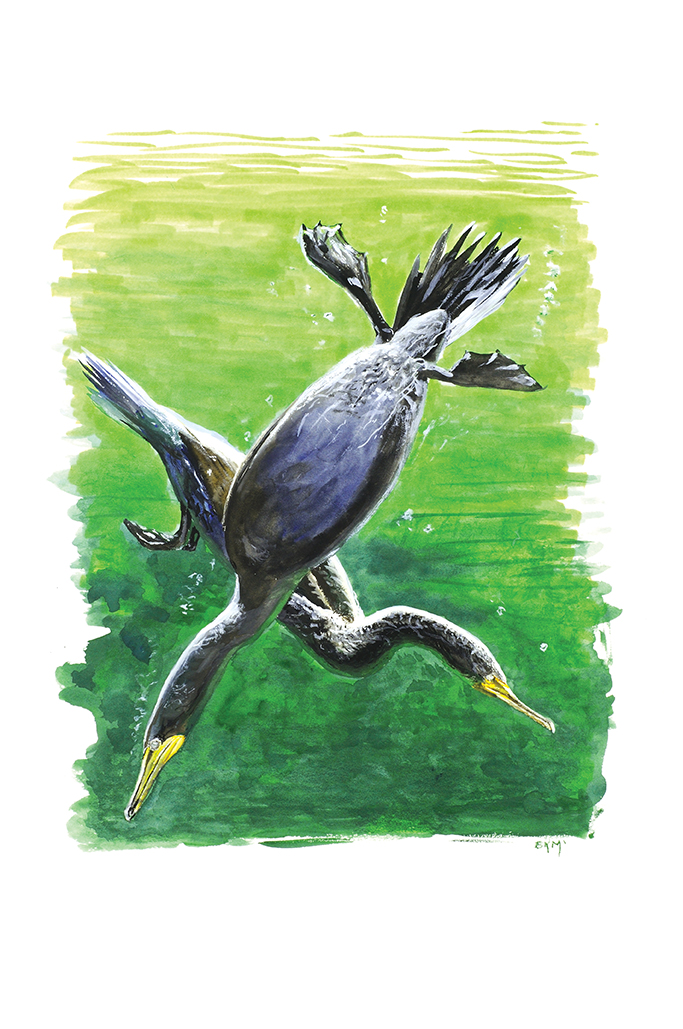 Oh, come on, I told myself. Give this bird a chance.

I brought the binoculars up and looked more closely. In an instant, my sense of the bird shifted.

It had a bright sparkling teal eye. I had not been able to see that before. It was remarkable. The orange, cracked-plaster skin of the beak also was stunning. Contrasted against the bright eye, the whole face was a revelation.

A new, alternative personality for the bird, nudged at my original prejudice. What had seemed ghoulish and ominous now seemed powerful and prehistoric.  The bird’s essence deepened for me from an eerie figure into something more nuanced, intelligent, and fascinating to look at. I could easily picture this bird being a character or inspiration for a mythological creature. 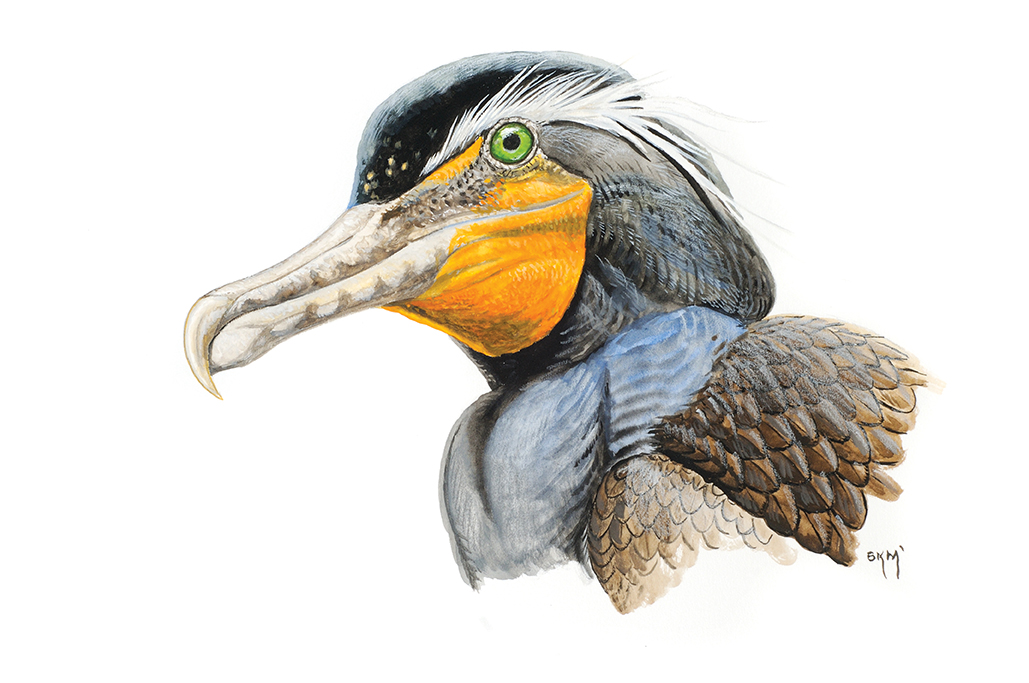 I became curious about the cormorant. So it was a wonderful opportunity for me, as a publicist, to see a book on our spring list, The Double-Crested Cormorant: Plight of a Feathered Pariah, by Linda Wires. Our talented science editor Jean Thomson Black, presented it. I was smitten (and eager to represent it).

As I read Linda’s book, I learned an enormous amount about the bird (some additional fun facts about double-crested cormorants can be found here on the excellent website run by The Cornell Lab of Ornithology). But I also learned that this initial dread-response drummed up by the bird’s eerie pose and aesthetics was a common reaction. That this initial response, unquestioned, morphed for many people into knee-jerk reactions of dislike. This often led to common misconceptions about the bird taking hold. And in some cases, an (unjustified by science) it formed beliefs that the birds would threaten our fishing industries, and that they should be destroyed. 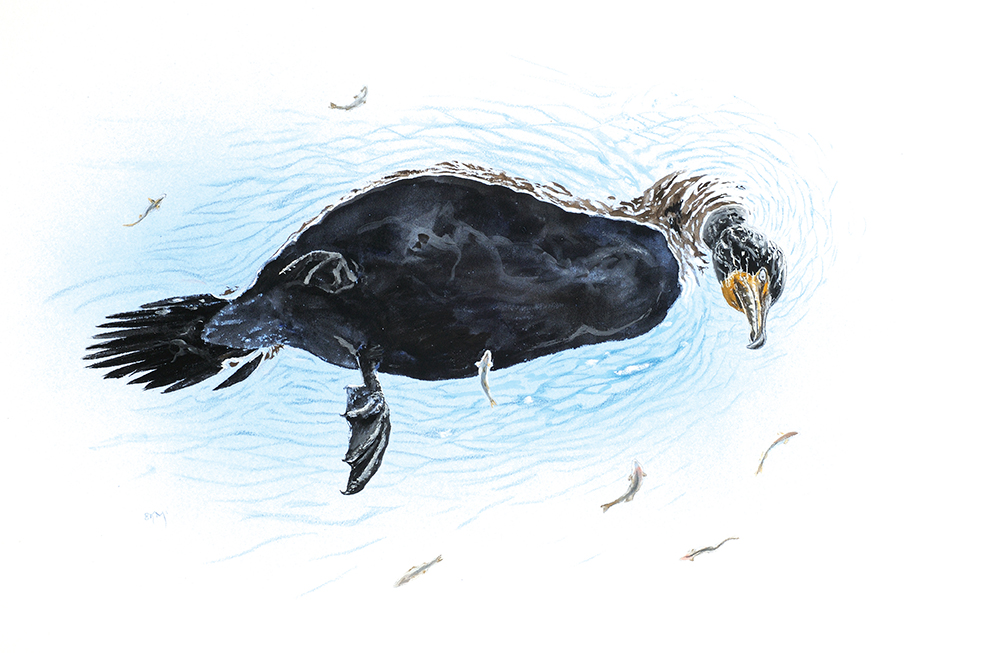 As I discovered from Linda’s book there is no need to take such measures. Cormorants can safely coexist with humans and will not wipe out fish populations or threaten the fishing industry. Depredation orders (government policies that allow the killing of large numbers of cormorants without a permit)unfairly target these birds. In fact, these birds need our stewardship and protection.

Now when I see the cormorant descend and land in the tidewaters first thing in the morning, my responses are respect and curiosity. I watch them glide and dive and remerge. I see how little they disturb the surface of the water in their stealthy diving and I smile and silently wish them good luck in their search for breakfast. I think how advanced and skillful they seem against some of their more nice-to-look at, but plodding fellow shorebirds.

But I won’t lie: That frozen wing-extended pose, can still give me a shiver.. Maybe at this time next year, I won’t even notice. 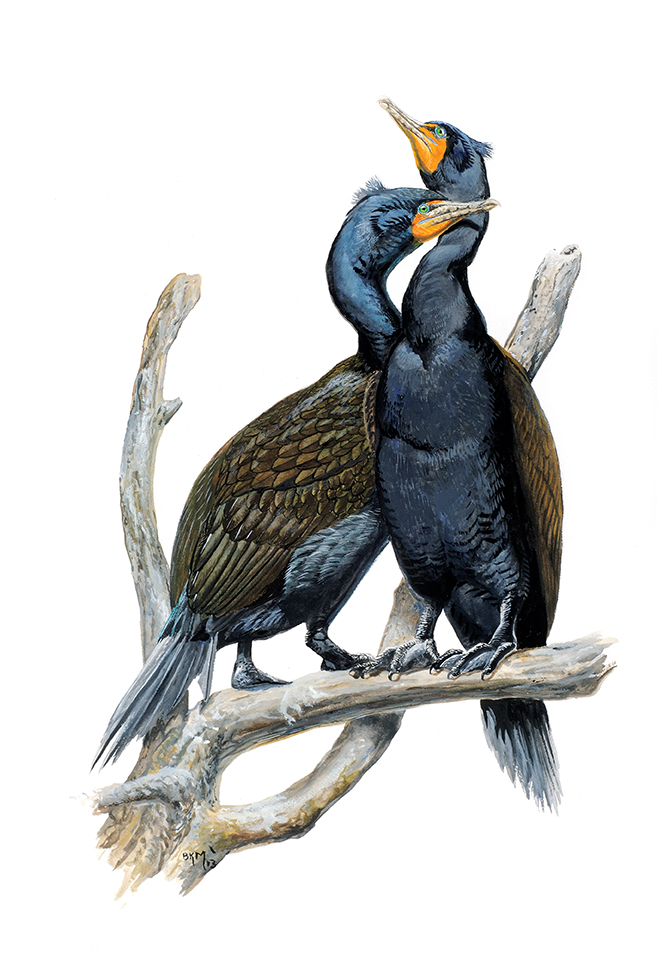 Jennifer Doerr is a senior publicist at Yale University Press.