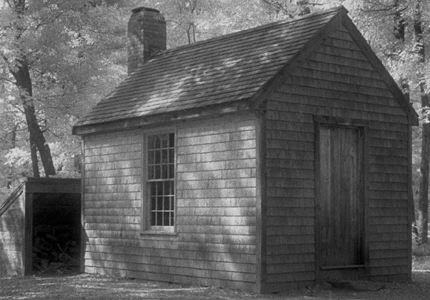 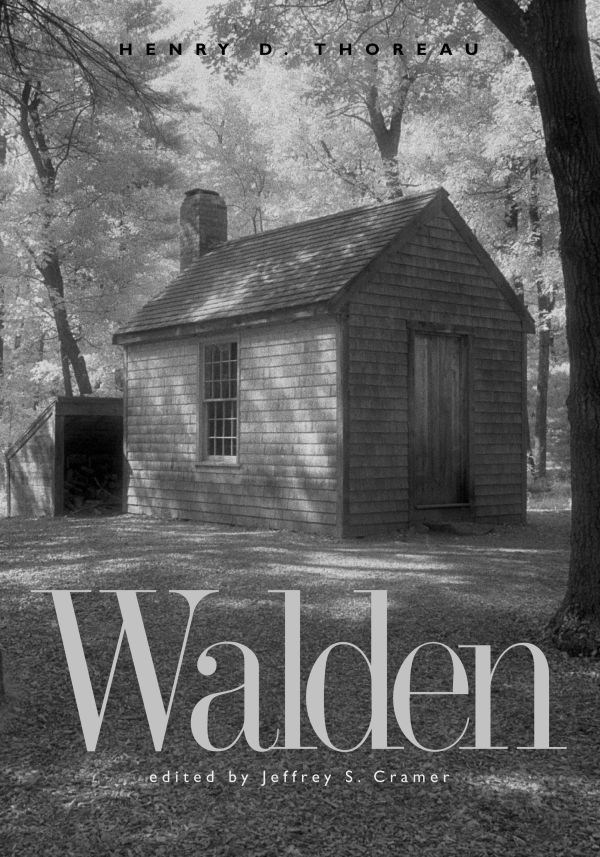 In a month, it will have been ten years since Jeffrey S. Cramer published Walden: A Fully Annotated Edition. Cramer has had a prolific and successful decade, editing numerous volumes on Henry David Thoreau and racking up awards and praise. In 2012, radio host Jim Fleming said that Cramer “may know more about the bard at Walden Pond than anyone else alive.” He has earned that reputation, at least in part, on the basis of his annotations.

Cramer has published three fully annotated volumes by Thoreau: Walden (2004), The Maine Woods (2009), and Essays (2013). To begin to understand why these books are “fully annotated” and not merely “edited,” one need only take a quick glance at Walden. Thoreau’s text occupies the half of the page closest to the spine and Cramer’s copious annotations run along the outside. Between the transcendentalist’s prose and the scholar’s commentary, most of the pages are, indeed, completely full. There are only a handful of places where Thoreau’s text proceeds without Cramer’s accompaniment, and rarely for longer than a few paragraphs. Far more commonly, Cramer’s annotations outstrip Thoreau’s chapters.

The fullness of the fully annotated edition comes not only from the volume of the commentary but also from its breadth and depth. Cramer provides the expected historical, philosophical, and geographical contexts for Walden and goes well beyond their bounds. He explains the writer’s puns, calls him on his exaggerations, and knowingly undercuts his more bombastic pronouncements. When Thoreau declares that “Those who have not learned to read the ancient classics in the language in which they were written must have a very imperfect knowledge of the history of the human race,” Cramer chimes in to say that “Although Thoreau could read Greek, he did not always read the Greek authors in the original, but would use Latin, French, or English translations.”[1] 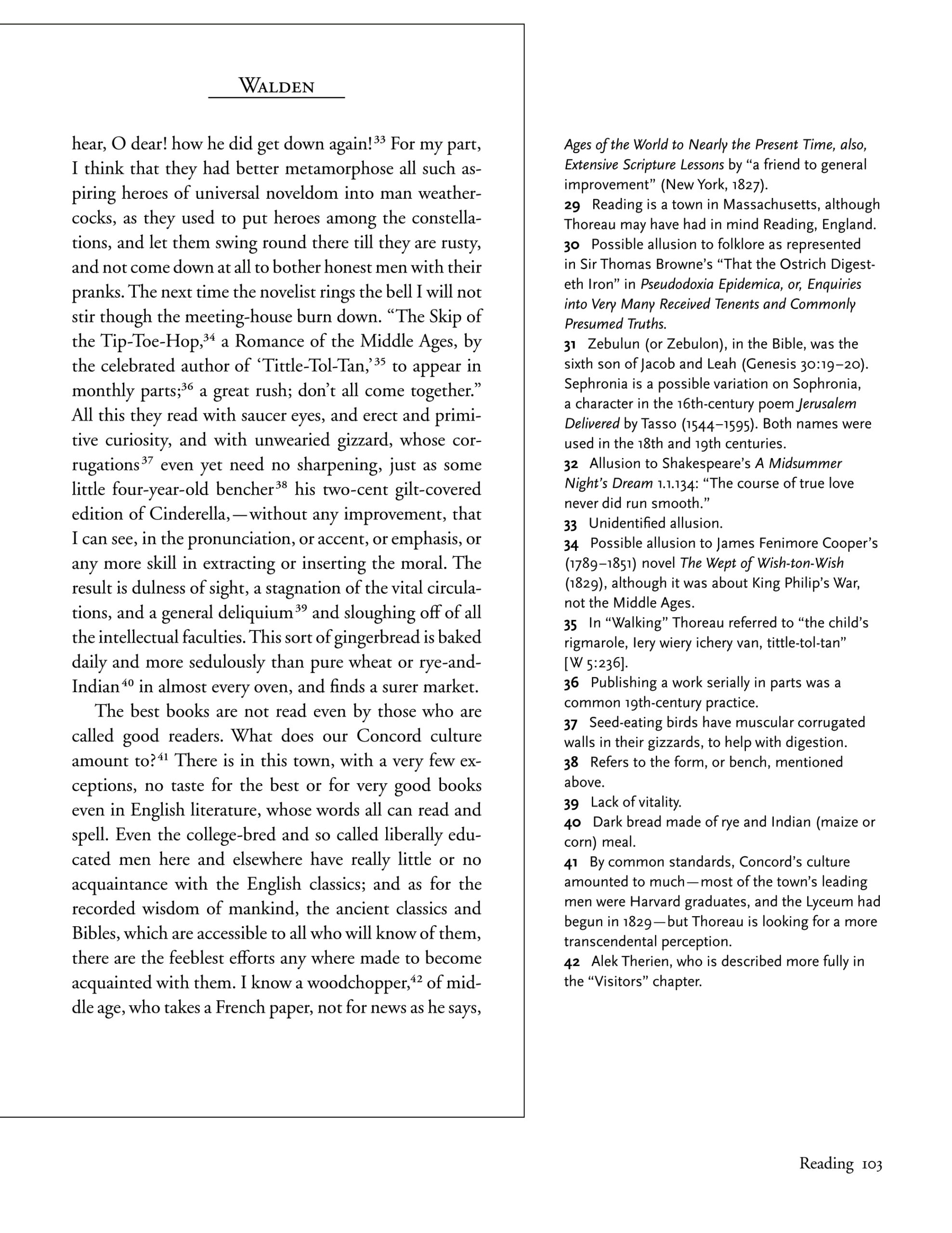 Cramer annotates Walden with the care and thoroughness usually reserved for Shakespeare plays or the Bible, and one might ask why the scholar feels compelled to explicate Thoreau so fully. Perhaps it is simply Cramer’s passion that leads him onwards. Most people will expound upon their favorite subject to an attentive audience for hours if given the opportunity. Indeed, some of that spirit comes through in Cramer’s interviews. In 2012, he was asked what three scenes from Thoreau’s life he would include in a biopic. The scholar begins carefully, selecting major life events, but quickly finds himself on a roll, listing scene after scene, finishing with “and— and— how long can we make this movie?” 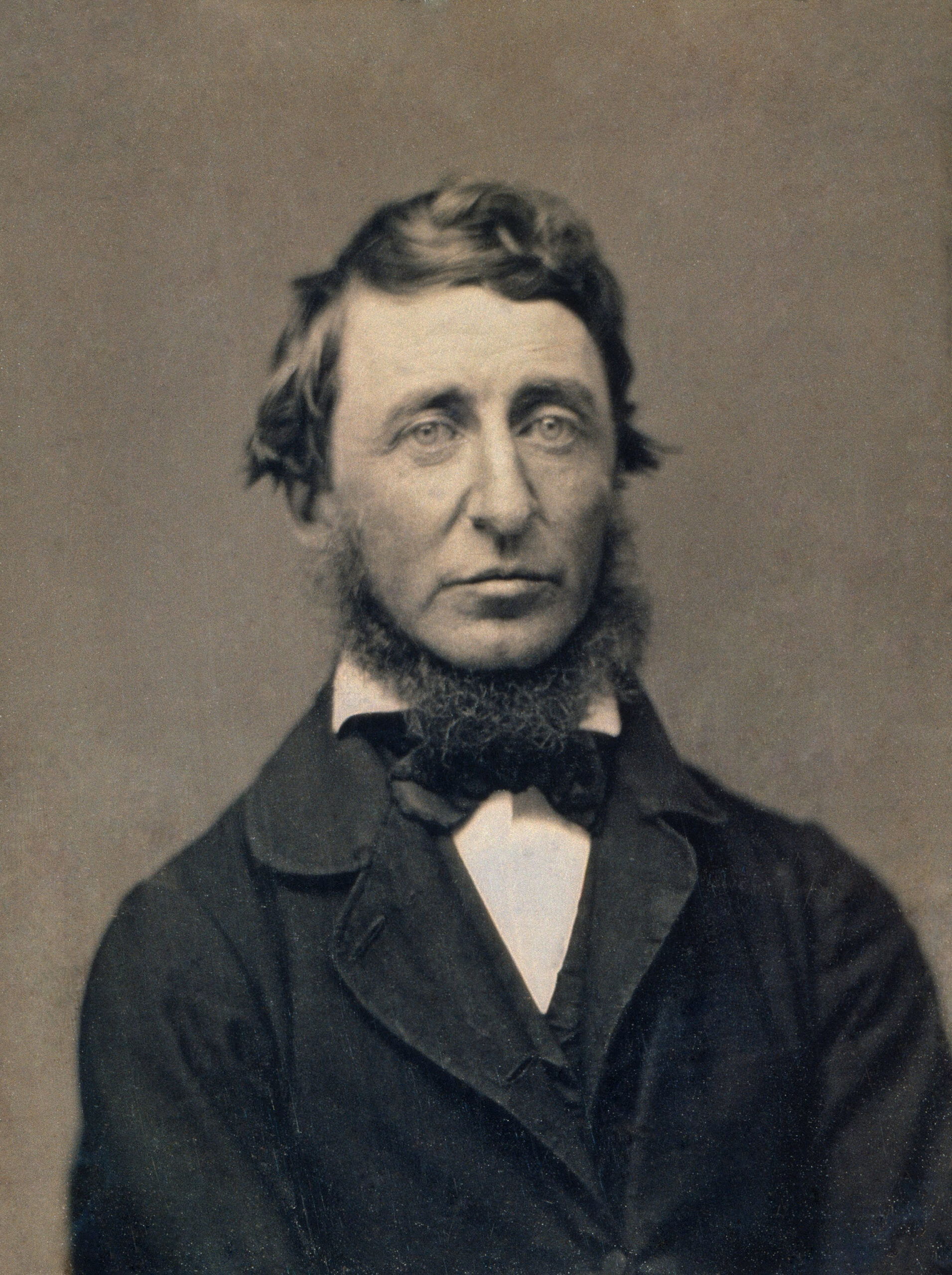 Yet even as Cramer’s interviews imply that his breathless enthusiasm may be the impetus for the full annotations, his introduction hints at a justification rooted in Walden itself. Cramer quotes Thoreau’s claim that “The heroic books, even if printed in the character of our mother tongue, will always be in a language dead to degenerate times; and we must laboriously seek the meaning of each word and line, conjecturing a larger sense than common use permits out of what wisdom and valor and generosity we have.”[2] Thoreau, Cramer argues, is suggesting a way of approaching Walden. To “seek the meaning of each word and line” is precisely the task of the annotator, who identifies the precise significance of each moment. At the same time, the annotator expands the language beyond its common use, and does so with “wisdom and valor and generosity.” Cramer’s wisdom lies in his paramount knowledge of the bard at Walden Pond, his valor in his perseverant attention, and his generosity in the abundance of his commentary. It is in this sense, in fulfilling a need Thoreau himself seems to recognize, that Cramer’s editions are fully annotated.