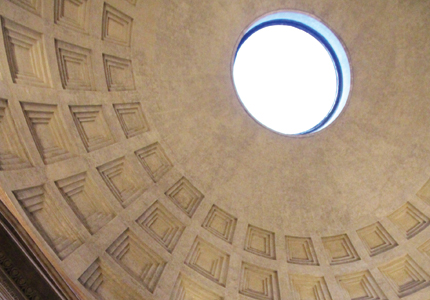 As the days grow warmer and the nights grow longer, some are on vacation and many more are wishing they were. The best trips provide opportunities to see new sights, learn about another culture, and return home enriched by the experience. All too often, though, travelers witness the attractions that brought them to their destination and feel, if not quite disappointed, a little mystified at what all the buzz is about. They return home happy, but feeling that perhaps they could have gotten more out of the experience. 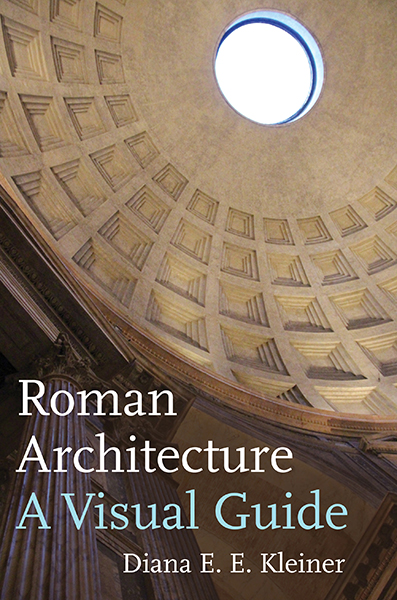 Diana E. E. Kleiner wants to make sure that if you go to Rome that doesn’t happen to you. She’s a professor of Art History and Classics at Yale University, where she teaches a course on Roman Architecture. She’s written Roman Architecture: A Visual Guide to help you learn about what remains from the ancient world’s greatest superpower. The ebook has maps, geolocation links, and more than 250 photographs, many of them taken by Kleiner herself. The iBooks version has bonus features including popup references, visual book navigation, and a set of flashcards for students. Kleiner makes it easy to understand the sights when you are standing in front of them, and easy to feel like you’re there even if you are reading Roman Architecture from the comfort of home.

Kleiner has written an informative textbook that nevertheless feels like a guidebook. She includes historical details about an impressive number and variety of architectural treasures, and in doing so gives a clear sense of what you simply cannot afford to miss. Here’s a rundown of the stops on your next Roman vacation.

To start off the trip right, drop by what Kleiner calls the greatest building ever built. The Pantheon’s greatness comes in large part, she says, from its surprise. To the uninitiated observer, the building looks like a Greco-Roman temple. Roman architects adopted the Corinthian columns and triangular pediment from Greek temples, and an inscription declares that Marcus Agrippa made it. Kleiner explains that, although Agrippa commissioned an earlier temple, Apollodorus of Damascus likely designed the Pantheon for Hadrian. The professor highlights the innovative and remarkable interior, with multi-colored marble floors and walls, a coffered concrete dome 142 feet in diameter, and a stunning central oculus. The oculus lets in light that plays beautifully across the rest of the interior. The temple was dedicated to all the Roman gods and, for Kleiner and others, it is imbued with a touch of the sublime.

If you are looking for top quality Roman entertainment, head over to the Colosseum. Vespasian built the arena, also known as the Flavian Amphitheater, for public enjoyment in order to distance himself from his predecessor Nero, who constructed edifices designed solely for his own pleasure. The amphitheater delighted the Roman populace with gladiator fights and mock sea battles, and it remains a public structure, serving as one of Rome’s most visited sites and an enormous traffic roundabout. Kleiner highlights architectural features including its impressive capacity (50,000 spectators), and the ingenuity of its supports. The traditionally constructed first floor supports the new ribbed vaults of the second floor, formed out of merging two traditional barrel vaults. These vaults completely support the Colosseum, and the columns visible along the exterior are decorative.

The Markets of Trajan

Having seen two of the most iconic sights, it might be time for some shopping. Instead of (or maybe in addition to) going to a modern shopping mall, Kleiner encourages visiting the shopping mall’s ancient predecessor, the Markets of Trajan. You can stroll down the Via Biberatica and see where there would have been three stories of shops on either side. 150 shops were housed in tabernae, small, barrel vaulted spaces with doors framed by travertine posts and lintels. The Markets of Trajan, like the Pantheon, were designed by Apollodorus of Damascus. According to Kleiner, Apollodorus’s greatest accomplishment in the design of the markets was supporting vaults with piers and not walls. This opened up the space and let far more light enter.

The Baths of Caracalla

Going on vacation is tough work and, after a day exploring a new city, there’s nothing quite like a hot bath. Since Romans tended not to have running water in their homes, architects designed remarkable public bathhouses. The buildings had a more or less standard series of rooms including a dressing room (apodyterium) with niches in the walls for clothing, a warm room (tepidarium), a sauna (caldarium), and a cold room (frigidarium). The buildings varied in size and grandeur, and the largest and most impressive at the time, what Kleiner calls The Mother of All Bath Buildings, was built by Caracalla. Lecture halls, libraries, and seminar rooms surround the standard bathing rooms. Caracalla had an enormous caldarium built, and the dome covering it has a diameter nearly as expansive as the Pantheon’s. 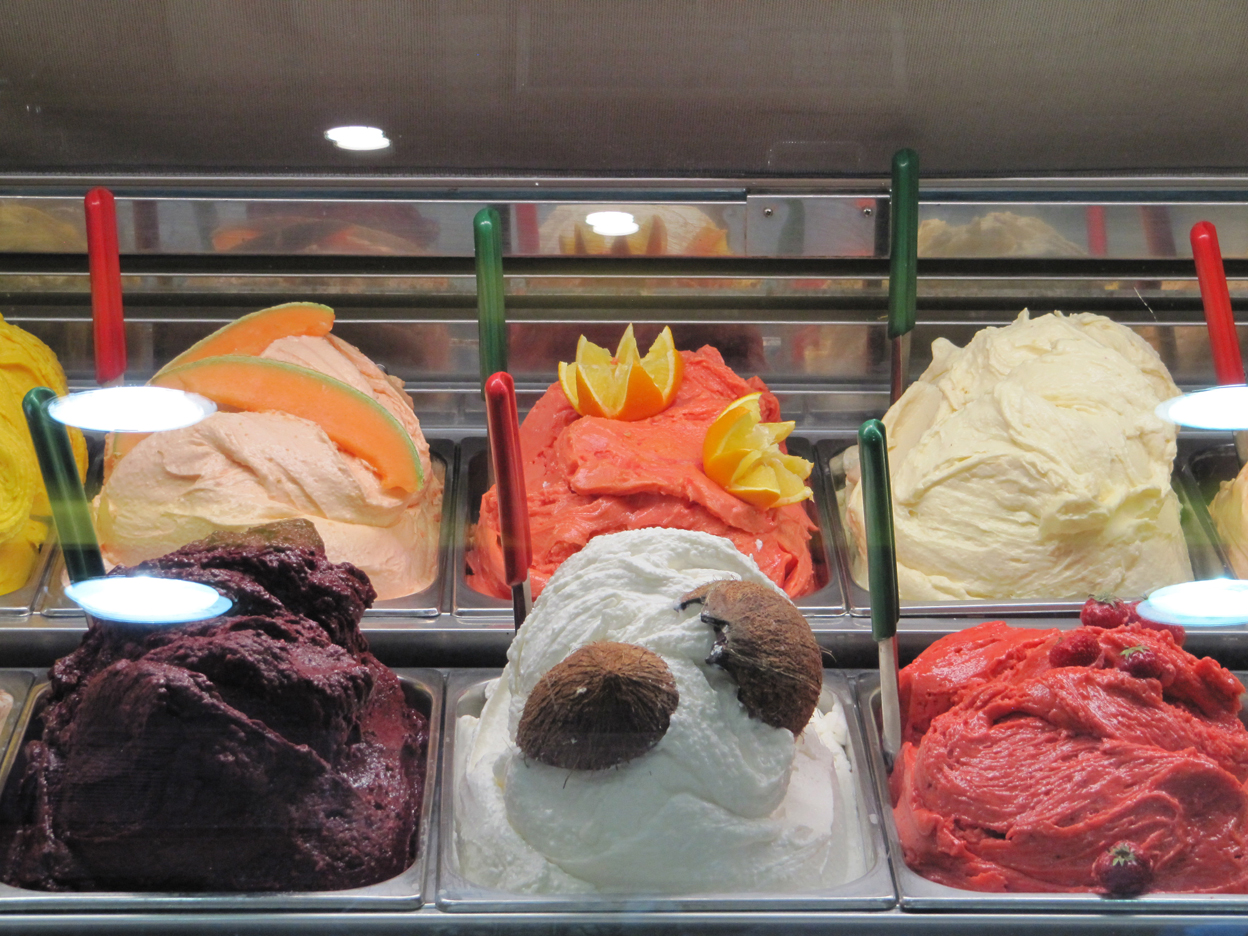 Now that you have seen a temple, an arena, a mall, and a bathhouse, it is past time for dessert, and no trip to Rome would be complete without some gelato. Kleiner includes Tre Scalini in Piazza Navona on her list of things to do in Rome if you can only go for one day. She recommends the tartufo, which includes chocolate gelato, chocolate chips, panna, and a pirouette. There are plenty of gelaterias with fruit flavors as well, if you are less keen on chocolate.

The photographs and interactive features make it so vivid you can practically taste the gelato. Roman Architecture: A Visual Guide offers an immersive experience whether you have just landed in Rome or just sat down on your sofa at home. You can find more details at romanarchitecture.org.