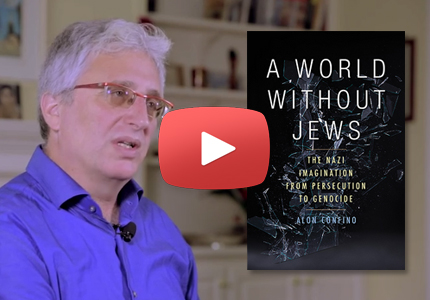 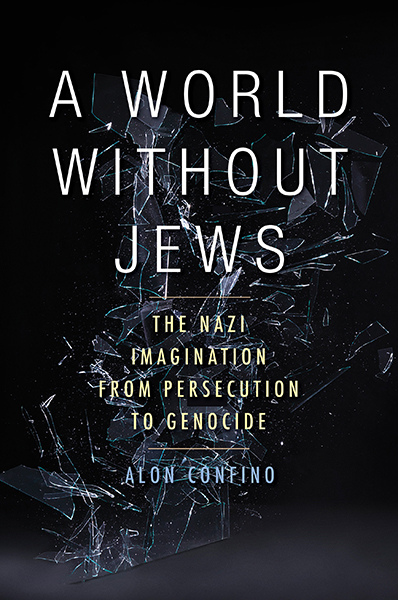 On the night of November 9, 1938, now known as Kristallnacht, the Nazis burned the Hebrew Bible everywhere in Germany. In the video below, Alon Confino explains why this act, among the other horrors committed that night, was particularly unusual. There is not a direct connection between the Nazi’s racist ideology and the burning of religious holy objects. The act can only be understood as part of the Nazi’s effort to build a new civilization independent of previous religious ideas and morality. Confino explores the thoughts and ideas that led the Nazi’s to the belief that Jews and Judaism had to be eradicated to build this new society in A World Without Jews: The Nazi Imagination from Persecution to Genocide. Watch Confino’s eloquent responses to the questions of why we should strive to understand the Nazi imagination,  and why historical storytelling is important.

“The main issue in explaining the holocaust is not what happened in Auschwitz, but is about the imagination that made Auschwitz possible to begin with.”—Alon Confino