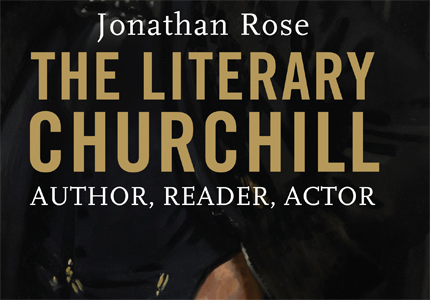 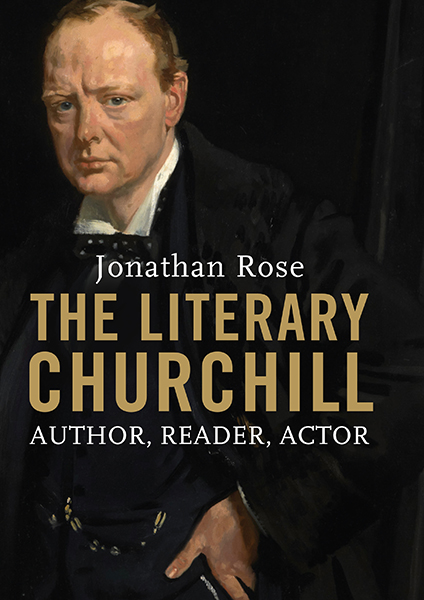 Chances are good that you have been asked to speak in public before and will need to speak in public again. Giving a compelling speech is no easy task at any level, be it giving a TED Talk in front of hundreds or just summarizing a novel at school. You may wonder how anyone ever managed to do it with even a modicum of style. Jonathan Rose‘s new biography of Winston Churchill  shows how one of the greatest orators of all time conquered the challenge of winning over an audience. The Literary Churchill considers the politician as an author, a reader, and an actor, explaining how his favorite plays and books formed the foundation of his public persona. Rose’s analysis fits the man particularly well since, as The Daily Beast puts it, Churchill would be famous today on the strength of his writing alone. Churchill remains the only British Prime Minister to have won a Nobel Prize in Literature, and he published as a war correspondent, a biographer, a historian, and, less successfully, as a novelist.

It is one of Churchill’s unpublished pieces, however, that will come to your aid as you prepare to give a speech. In 1897, he wrote “The Scaffolding of Rhetoric,” a guide to oratory and a reflection on the nature of the craft. Rose interprets the essay as an indication of Churchill’s hushed enthusiasm for Oscar Wilde, and you can read an excerpt on the subject via Biographile. The guide has become useful to the scholar, but Churchill intended for the following topics to serve the beginning orator.

Churchill writes that “there is no more important element in the technique of rhetoric than the continual employment of the best possible word.” As Rose notes, this is bit of a truism. Of course one should choose the most effective words, but which words are the most effective? Churchill says that, contrary to popular assumptions, short, common words are better than long, uncommon ones. He cautions against puffing up one’s rhetoric with Greek and Latin, suggesting that punchy, Anglo-Saxon words “appeal with greater force to simple understandings.” Rose admits that this passage tempted him to write “e.g. blood, sweat, tears” in the margin.

One must also attend to the way the words flow together, Churchill advises. He reminds the reader of the power of sound, and says that the sentences of the best orators become “long, rolling and sonorous,” with “a cadence which resembles blank verse rather than prose.” Rose offers a biographical insight here, noting that Churchill tended to write his speeches in something like vers libre, poetry based on speaking patterns, rather than continuous paragraphs.

Churchill discusses the way careful repetition and modulation can help build an argument toward its climax. A speaker can encourage enthusiasm by employing a variety of images and facts “all pointing in a common direction” such that the audience can anticipate the conclusion before it is reached. Churchill’s “Blood, Toil, Tears, and Sweat” speech again rings in one’s ears as the speaker follows his own advice to great effect.

A speaker, Churchill writes, can use apt comparisons to produce conviction in an audience. He says that analogies can “translate an established truth into simple language” or “aspire to reveal the unknown.” The passage goes on to suggest that analogies are “among the most formidable weapons of the rhetorician” and that “the effect upon the most cultivated audience is electrical.” Churchill quotes some examples, but to 21st century readers they testify to the imperialism, sexism, and racism of 19th century British politicians rather than to their rhetorical talent. Churchill’s own prose, however, displays some flair for analogy, as he uses the phrases “formidable weapons” and “electrical” to conjure the word “power” without using it outright.

Churchill writes that in emotional speeches one may use language “so wild that reason recoils.” The most persuasive orators sweep their audiences off their feet with phrases that hit upon the group sentiment and amplify it to an extreme. In political oratory, these phrases “become the watchwords of parties, and the creeds of nationalities.” Rose notes that Churchill used this kind of hyperbolic register often, and one can see him employing it at the end of the “Blood, Toil, Tears, and Sweat” speech, in which he moves swiftly from country to empire to millennia of human progress.

Chances are good that your next public speaking opportunity will not decide the fates of empires. Nevertheless, you will want to speak accurately and beautifully. You will want to convince and inspire. You will want your audience to remember your message and how impressively you delivered it. In this pursuit you will find no example more memorable, more inspiring, or more literary than Winston Churchill.