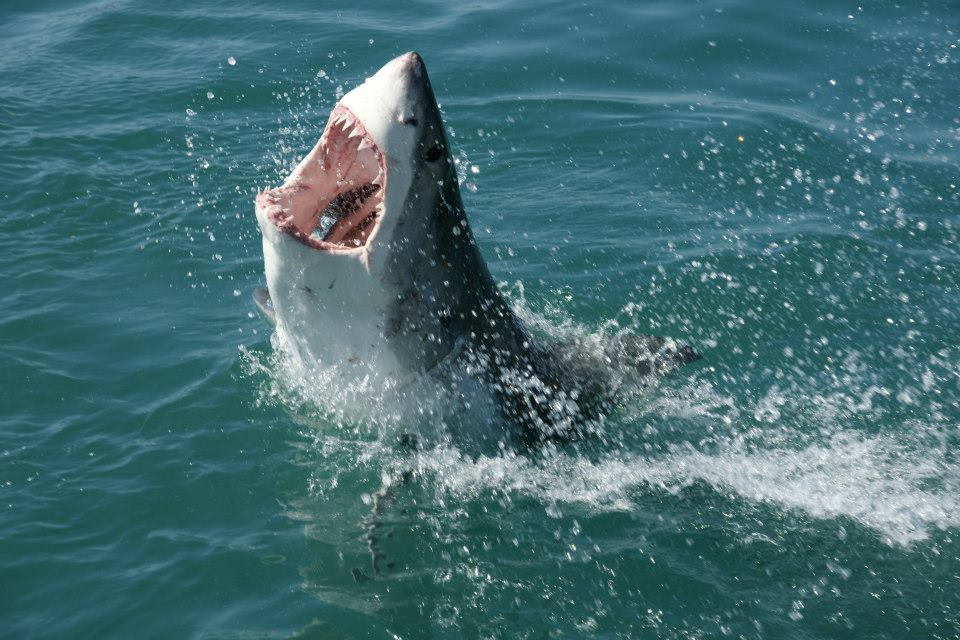 Beaches are the most popular recreational areas in the United States; more than 200 million Americans trek to the shore each year. Beaches help fulfill our desire to return to nature. While families reminisce, they often recall their beach vacations as being among the most memorable. Yet ocean beaches can also be hazardous, and few people understand or know how to recognize potential trouble.

Humans have a primordial fear of sharks—these great teethy predators. Although gruesome shark attacks do occur, sharks are statistically not a real danger for beachgoers. On average, only one person a year is killed by sharks in the United States, and most of these people are far offshore surfing or diving for abalone. Far more people are killed by bee stings, bathtub falls, and lightning strikes than by shark attacks. In fact, you have a better chance of winning the state lottery than being killed by a shark.

The real threat to swimmers and bathers at beaches are rip currents, often misnamed undertow or rip tides. These powerful, narrow currents originate close to shore as the water from breaking waves rushes offshore in particular locations along the beach. These nearly invisible currents are responsible for about 100 drownings and more than 50,000 rescues annually!

Graphics tell the tale—rips are the real killer. 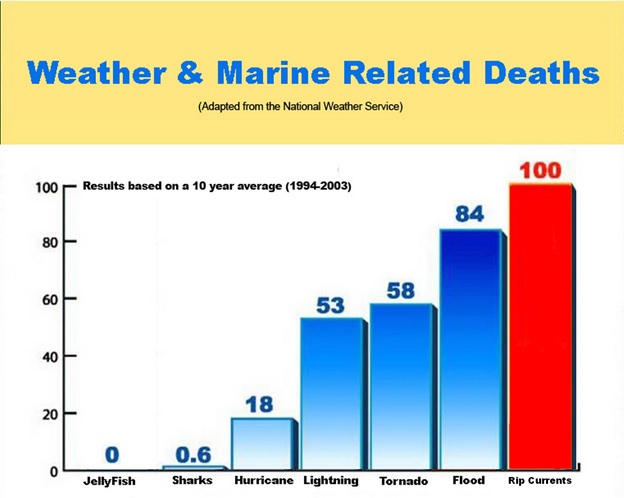 So what can you do to keep yourself safe from rip currents?

Look for signs of rips before entering the ocean

What to do if caught in a rip current