Maybe sometimes a person can be too successful, or at least you are tempted to wonder this when you think about how Augustus is scarcely remembered these days. We have all heard of Julius Caesar, and we have all heard of Antony and Cleopatra—in each case their names now as familiar from Shakespeare’s plays as the real history. In contrast Rome’s first emperor and Julius Caesar’s great nephew and heir is no longer so well known. He appears as Octavius in Shakespeare’s Julius Caesar and as Caesar in his Antony and Cleopatra, but his role is always as a supporting character and he tends to come across as somewhat lifeless. Augustus did not get a play of his own, perhaps because he won, and kept on winning, living on into his seventies and dying peacefully in his bed. Compared to being murdered at a meeting of the Senate by men he considered friends, or to committing suicide and dying in a lover’s arms, it was an end lacking in drama. Doomed love or assassination at the height of power offered the playwright far better material.

Yet Augustus was important, changing the very nature of the Roman state and turning it into a system that was a monarchy in all but name, and a system that would endure for centuries. Some people, including the late first century AD biographer Suetonius, counted Julius Caesar as Rome’s first emperor and there is something to be said for this verdict, mainly because it was as his heir that Augustus claimed power, raised a private army, and thrust himself into the heart of the Republic’s violent politics in the months after the Ides of March. Mark Antony dismissed him as a “boy who owes everything to a name,” and he was partly right, even if we should add that he owed a lot to his precocious ambition, political skill, and financial backing. Ultimately it was because he took the name Caesar that he mattered.

Without Caesar there could have been no Augustus, but we should also never forget how little time Julius Caesar spent in Rome in his last years. The Civil War that had begun in 49 BC kept flaring back into life and was not finally won until 45 BC. Caesar returned in October of that year and was killed in the following March. Whatever his longer term plans—something at which we can only guess—he had very little time to shape a new regime.

Augustus was one of the three most powerful men in Rome by 43 BC, had disposed of his last rival by 30 BC and then lived on unchallenged until AD 14. During that time a new political system was gradually created. It was not a steady evolution, but a series of experiments, with several changes of direction and moments of backtracking, but he made it work. Monopolising military power meant that there was no chance of a rival warlord emerging to restart the civil wars. Augustus was also a politician of genius, and he was helped by the desperate longing of Romans and people in the provinces alike for peace and stability. Underlying his propaganda and image-making was sheer hard graft, as he restored order and continuity to the administration of a vast empire. Much of this he did himself, touring the provinces, listening to petition after petition, and making decisions that would be kept and not reversed when the balance of power shifted at Rome as it had done so often over the last decades.

Julius Caesar was flamboyant, charismatic, and immensely talented whether as a soldier, writer, or politician. Augustus’ personality is far more elusive and it is no coincidence that one of his seals was the inscrutable sphinx. He cultivated a persona of a simple, old-fashioned Roman gentleman who devoted his life to the service of the state, doing not just the glorious acts but also many that were dull, even unpleasant, though necessary. They are the only two men to have months named after them in the calendar we still use today—which in all its important features is the one introduced by Julius Caesar in 46 BC. Both of them changed Rome, shaping the empire that has had such a profound influence on the history and culture of the western world.

Without Caesar there could have been no Augustus. Without Augustus then it is more than likely that we would not remember Julius Caesar as being much different from the other Roman warlords like Sulla or Pompey. It was the success of Augustus which ensured that all future emperors would take the name Caesar, turning what was simply another family name into a title of ultimate power which was to endure into the twentieth century in the forms Kaiser and Tsar. Both Caesar and Augustus deserve to be remembered, but any balanced judgement must acknowledge that it was the latter who did the most to shape the history of Rome and the wider world.

Adrian Goldsworthy is a leading historian of the ancient world and author of acclaimed biographies of Julius Caesar and Antony and Cleopatra among many other books. He lectures widely and consults on historical documentaries produced by the History Channel, National Geographic, and the BBC. 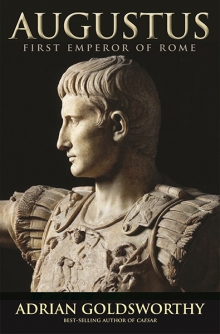 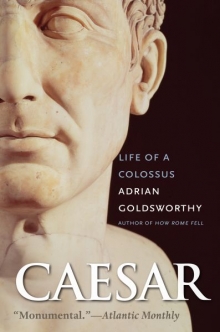