On this day in 1979, Mother Teresa was awarded the Nobel Peace Prize. The announcement of the 2014 winners is a reminder that the selections invariably provoke discussion and sometimes criticism, but Mother Teresa seems like an almost uniquely uncontroversial choice. Yet in the age of big data and quantitative analysis, some question what the saint actually accomplished. Steven Pinker’s 2008 piece “The Moral Instinct” epitomizes these concerns. To celebrate Mother Teresa’s life and the anniversary of her award, Gary Anderson, author of Charity, pushes back against Pinker and reminds us of the true nature of the saint’s work.

Why is it, one might ask, that the life of Mother Teresa moves so many people?—and not just Christians, but Muslims, Hindus, Jews, and even nonbelievers. I would contend that it is the statement her life makes about the nature of the world. Though all appearances would suggest that it is the financial markets that make the world go round, saints like Mother Teresa make a powerful counterclaim. In serving the poor, she not only provided concrete material help to the down and out, but reveals to us the hidden structure of the universe.

Steven Pinker, a professor of psychology at Harvard, wrote an article in the New York Times Magazine to express dismay that the world showers such esteem on Mother Teresa in light of the far greater good that Bill and Melinda Gates have done. Gates, Pinker writes, “crunched the numbers and determined that he could alleviate the most misery by fighting everyday scourges in the developing world like malaria, diarrhea and parasites.” Pinker assumes that the Gateses were motivated by the utilitarian concerns he evidently shares.

But utilitarian value is not the only index for measuring the accomplishments of charity. For however much the Gateses might give away, their daily life remains, by and large, unaffected. They remain, in spite of this enormous donation, one of the wealthiest couples in the world. Mother Teresa, on the other hand, gave up everything to serve the poorest of the poor.

Pinker wisely concedes that it is unlikely that his praise for the Gateses will win them more admirers than those of Mother Teresa. But, he claims, this is not because of the profundity of her sacrifice but because “our heads can be turned by an aura of sanctity, distracting us from a more objective reckoning of the actions that make people suffer or flourish” (emphasis mine). Mother Teresa, he asserts, “was the very embodiment of saintliness: white-clad, sad-eyed, ascetic and often photographed with the wretched of the earth.” In Pinker’s eyes, the world has been taken in by mere appearances: her simple white vestments and the “photo-ops” in which she appears with the poorest of the poor. Pinker’s analysis, however, misses much of what truly constitutes the supreme gift she has given her followers and the world. 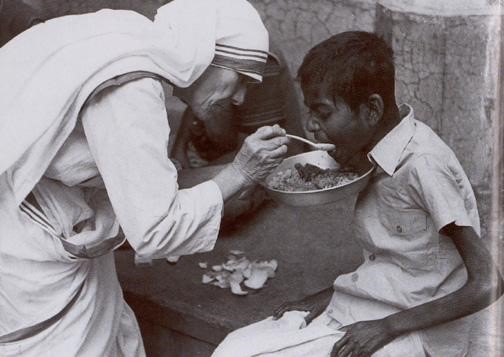 When Mother Teresa started her religious order, the entire premise of the organization was the gift of one’s total self to the poor. She refused on principle to establish any kind of endowment that would have relieved the sisters of the order of a total reliance on God and of identifying completely with the poor whom they served. Every day she and her sisters put the success of their work in the hands of God. One well-educated Indian professor of sciences, when asked about her admiration for Mother Teresa, said: “I am an unbeliever, but I feel I need an anchor. Mother Teresa is an anchor.”

Whether we are believers or unbelievers, I think it is fair to say that most of us want an account of human goodness that goes deeper than utilitarian calculation. We want to believe that the world is good and, at least in the long run, rewards a life of charity.  And that is the deep reason why the life of Mother Teresa has been so moving to peoples of all faiths and even some of no particular faith. The important point is not simply what charity can accomplish but what charity says about the character of the world God has created.

Gary A. Anderson is Hesburgh Professor of Catholic Theology, University of Notre Dame. He lives in South Bend, IN. 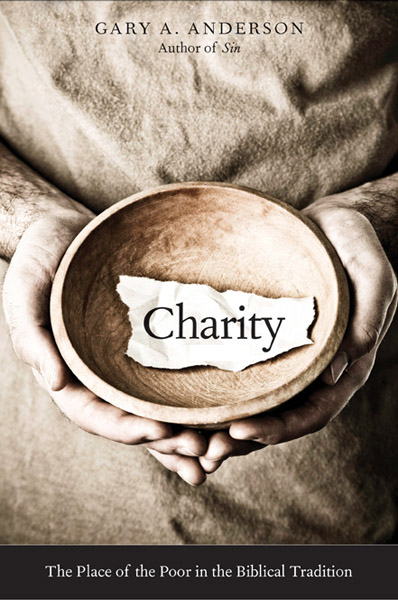