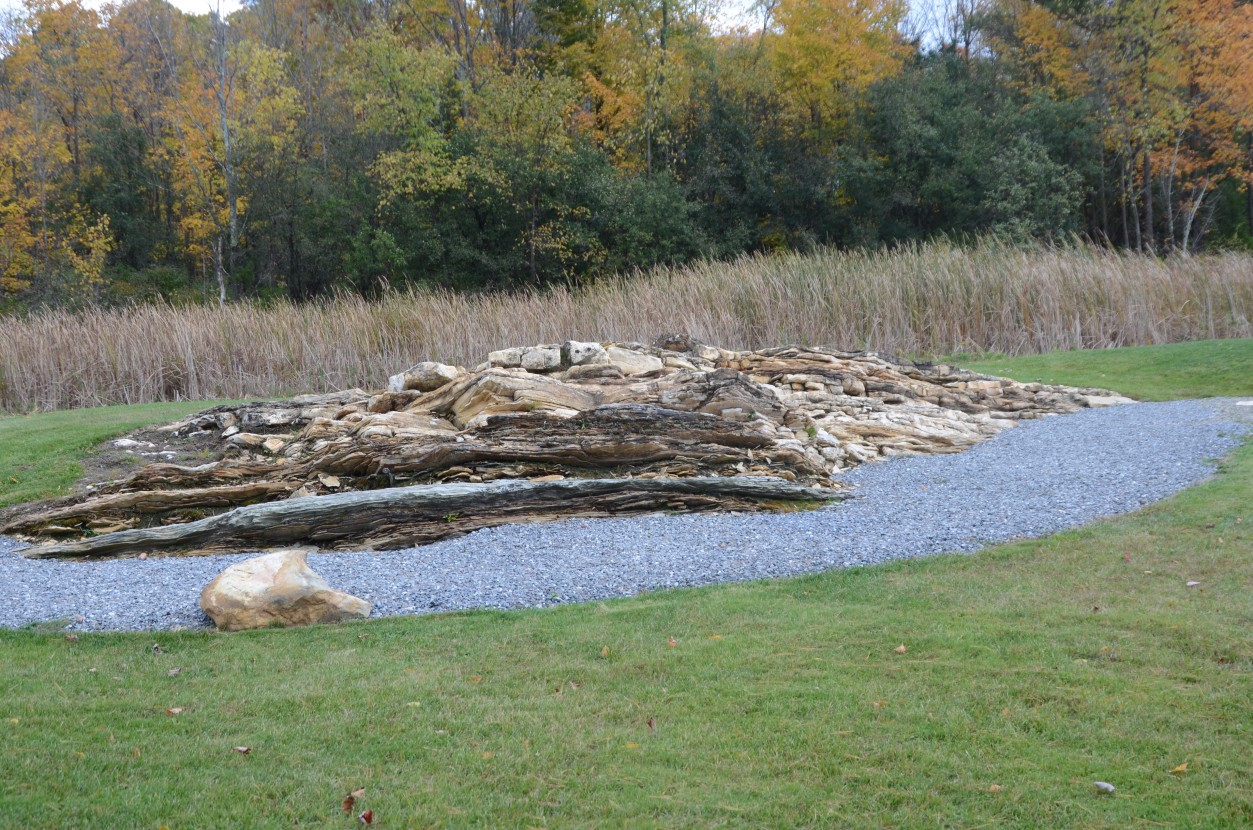 Today is National Evaluate Your Life Day, and while the holiday may be quirky, it does offer an excuse to take a moment from your busy schedule and reflect on your life. Philosopher Mark C. Taylor has taken this opportunity to reflect on his own life, one split between the bustle of the city and the tranquility of the countryside, and he provides us all a reason to slow down, if even just for a moment.

My apartment in the city is on the thirteenth floor of a building where I have an unobstructed view of the Cathedral of Saint John the Divine and beyond of Morningside Heights and Harlem. To the left new high-rises with expensive condos are going up, and to the right just one block away are huge housing projects. Broadway is always alive and, for a person who for more than three decades has not been able to go to town without bumping into far too many people he knows, the anonymity of the crowd is refreshing. In New York I become something of a Parisian flaneur, roaming the streets for hours without ever meeting anyone I know. As I walk, I am fascinated by store windows—especially Barneys and Bergdorf—where displays are more artful than much of the work in downtown galleries. Sometimes the play of reflection becomes endless—windows reflect windows to create a city of glass where everyone is homeless.

There are, of course, important differences between New York City in the twenty-first century and Paris in the nineteenth century. Though steel and glass remain, windows have become Windows, commodities have become digital, and arcades have become virtual. In the city, place is transformed into the space of anonymous flows. As technologies shift first from steel and steam to electricity, and then to information networks, currents are redirected and the rate of change speeds up. Mobility, fluidity, and speed intersect to effect repeated displacements in which everything becomes ephemeral and nothing remains stable or solid. Change is the pulse of life—what is not “current” is not important, and the new is old as soon as it appears.

Acceleration accelerates to create perpetual displacements that are regarded as marks of what once was called authenticity. To be is to be on the move, and to settle down and stay put is to become obsolete by slipping off the screen. Increasing speed renders life ever more transient and increasingly ephemeral—everything solid melts into ether(nets). The proliferation of media, information, and communications technologies in infinitely complex webs creates a new non-place where realities that are the “substance” of our lives vaporize. So-called real time is no longer temporal yet is not quite eternal. Glimpsing my face in Windows on terminal screens, I realize that I am nowhere and, perhaps, even no one.

My friends in the city do not realize that living in the country is perhaps the most radical thing I do. In a world where speed is sacred, slowing down is revolutionary. When the lightness of non-being eventually becomes unbearable, the gravity of the country becomes liberating. In the country, things matter because matter matters. Instead of virtual realities, the reality of earth, water, stone steel, and bone. “Human,” after all, derives from the Latin humus, which means earth, ground, soil. When you lose touch with earth, you lose your humanity.

If you slow down long enough to cultivate reflection by cultivating earth, the axis of reality sometimes shifts, even if ever so slightly. I often do my best thinking not when sitting at my desk or staring at the computer, but when moving rocks, turning soil, bending metal, and drilling bones. Dig deep enough and you discover that everything is really, not merely virtually, connected.

A few years ago, I was digging in a field where I have often worked and uncovered a large outcropping that was hiding in plain sight. The more I uncovered, the more astonished I became. Rich burnt umber on the surface and brilliant white within, this massive rock was a work of art no human hand could craft. The striated layers of rock look like pages from a long-lost book. When I asked a geologist friend what kind of stone it is, he said it is Stockbridge Marble that millions of years ago lay two hundred miles to the east, off the coast of Nantucket on the floor of the ocean where Herman Melville, who wrote Moby-Dick a few miles down the road from where I am writing these words, once roamed. The marble is etched with fossils that form cryptic hieroglyphs. In today’s fast-paced world, too few people consider such weighty volumes. But for readers who are patient enough to allow time to decipher these lines, there are important lessons to be learned. Not all reality is virtual, and the quick might not inherit the earth.

Mark C. Taylor is professor and chair, Department of Religion, Columbia University. A leading philosopher and cultural critic, he is the author of thirty books and a regular contributor to the New York Times, Los Angeles Times, Bloomberg News, and other publications. His latest book is Speed Limits.