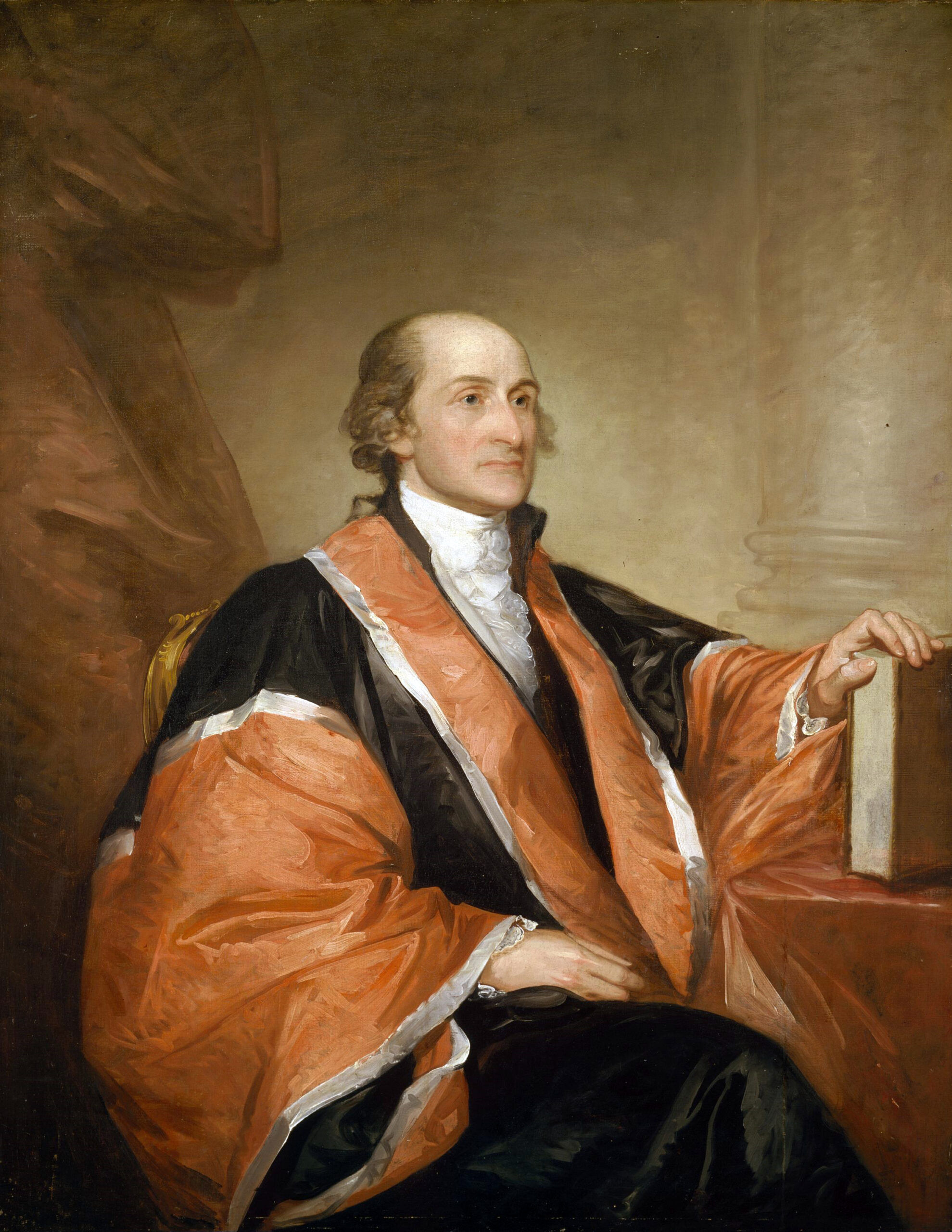 On October 19, 1789, John Jay took the oath of office to begin serving as our nation’s first Chief Justice of the Supreme Court. The canonical story about Jay’s service as Chief is that he resigned from the bench in 1795 to serve as New York’s second governor (after having run unsuccessfully for the post in 1792), and that a New York newspaper is said to have characterized Jay’s move as “a promotion.”

Today, of course, it is nearly impossible to imagine either that Chief Justice John Roberts would ever consider leaving the bench to serve as governor of Maryland (his state of residence), or that any news outlet would describe such a move as a promotion.

The obvious question is, what changed between Jay’s time and ours? Certainly it is the case that the Supreme Court in Jay’s time was not thought to be “independent and powerful,” as it is described in a textbook widely used in introductory American politics classes. After all, how could it be? The justices served largely at congressional “pleasure,” as Madison observed disapprovingly during the Constitutional Convention, with the House of Representatives able to initiate the removal of the justices from the bench for the very vaguely worded offenses of  “Treason, Bribery, or other high Crimes and Misdemeanors.”  As Hamilton wrote in Federalist 81, “There never can be danger that the judges, by a series of deliberate usurpations on the authority of the legislature, would hazard the united resentment of the body entrusted with it, while this body was possessed of the means of punishing their presumption by degrading them from their stations.” The justices’ salaries were likewise at congressional discretion, Article III’s Compensation Clause notwithstanding; as judicial salaries eroded in real terms because of inflation, the justices would depend on the House to initiate appropriations bills to increase those salaries. As Hamilton noted in Federalist 79, this financial dependence would likely affect the justices’ rulings, as “a power over a man’s subsistence amounts to a power over his will.” These constraints on the Court’s power were supplemented by congressional authority over its budget and appellate jurisdiction. Small wonder that Jay would characterize the Court in 1800 as lacking in “energy, weight, and dignity.”

Today we fail to recognize the institution that we know as the Supreme Court of the United States in Jay’s description. But why? Did we amend the Constitution to protect the justices from impeachment, index judicial salaries to inflation, and/or constitutionalize federal appellate jurisdiction?

One answer to this question may simply be that the premise is wrong. That is, maybe the Supreme Court today isn’t so different from its incarnation in 1789. Maybe it was then, and is now, deferential to congressional preferences, generally upholding policies the current Congress likes, and generally striking policies it doesn’t. It’s not hard to think of examples, after all. In 2013, for example, the Court gutted the Voting Rights Act of 1965, striking the “preclearance” provisions that had enabled federal enforcement of the Act’s provisions. Yet in 2009, the Court had ducked the exact same constitutional challenge. In 2009, the Democrats had still retained a majority in both houses of Congress. But by 2013, the Republicans had won a commanding majority in the House, the chamber empowered to set the agenda with respect to both impeachment and appropriations.

It turns out that, looking at all of the Court’s constitutional decisions on federal statutes over the last 50 years, we actually appear to still have Jay’s Court, rather than the Court described in our textbooks. The Supreme Court appears to defer to the Congress, and particularly to the House of Representatives, in its constitutional rulings. This deference is both substantively and statistically significant. The Court may appear to be independent and powerful, but appearances are (apparently!) deceiving.

But how could we have been so wrong about the Court? How did we stray so far from the understanding of the Court bequeathed to us by Jay and his contemporaries? Perhaps our apparent misunderstanding of the Court is yet another example of what Daniel Kahneman and Amos Tversky characterized as our innate tendency to make incorrect inferences. Humans are inherently bad at data science. The human brain is “a machine for jumping to conclusions.” We are “governed by a consistent misperception of the world.”

Anna Harvey is associate professor of political science at New York University. Her latest book is A Mere Machine: The Supreme Court, Congress, and American Democracy.