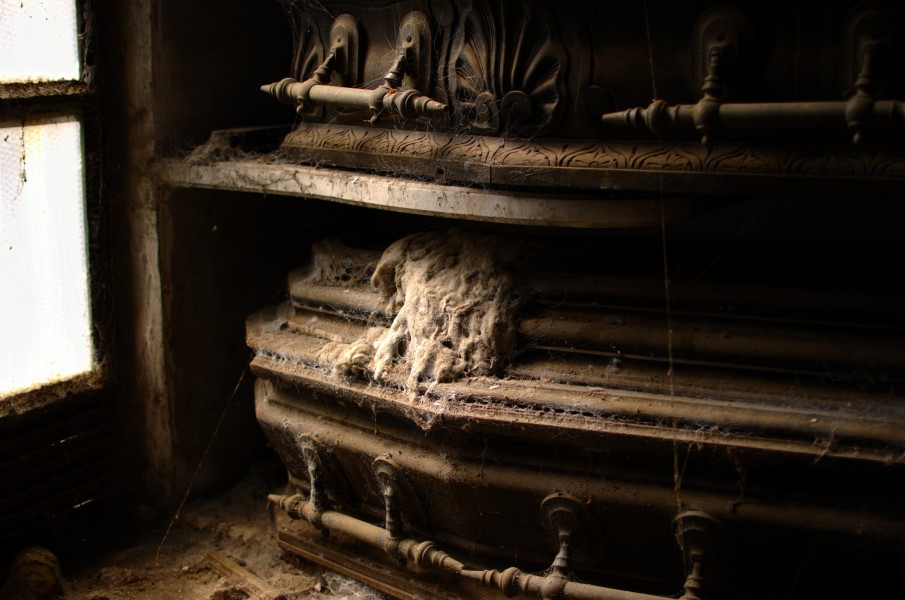 On November 8, we celebrate the birthday of Bram Stoker. Stoker’s novel Dracula, published in 1897, had a tremendous influence on vampire-novels although, like other fiction of this sort, it owed little to the folk-beliefs on which it was based. The vampire lore was a belief among peasants in eastern Europe that, in certain circumstances, dead people didn’t always stay dead but returned as spirits to annoy or even kill the living. Among other things, it was an interpretation of epidemics. If someone died and others started to die as well, it was assumed that death was brought to the latter by the former. Since it was generally illegal, or at least considered bad form, to dig up bodies in order to “kill” them, this was often done at night, and the killing was done with whatever implements were available. These might be the shovel used for digging up the corpse or a stake cut from a nearby tree. The stake should be long enough to poke a hole in the corpse without allowing blood from the corpse to touch anyone. The blood was generally under pressure (from the bloating of the corpse) and thought to be deadly. (Dracula is killed with knives, though, and the novel has some other motifs that aren’t in the folklore, including bats. When a blood-lapping bat was named after the vampire, the novelists decided that it was only right to put bats into their stories about vampires.)

Such beliefs became common knowledge in the cities of Europe in the eighteenth century, once newspapers became common, but at that time peasants weren’t especially welcomed into fiction as main characters. The solution was to make the vampire an aristocrat, like Dracula. And where would such a vampire live? Well, certainly not in a tenement or a peasant’s hut in a little village. Instead, European writers put their vampires into castles, especially ruined ones, off in the lands where the vampire lore came from. The isolated spooky castle became so valuable for scary fiction that it had no trouble morphing into an old mansion in countries where castles weren’t readily available.

Scariness, of course, is always enhanced by isolation, so it didn’t take long for such castles to lose most of their staff: Count Dracula pretty much does all the daily work in his castle. He seems even to have driven the coach that fetched one of the narrators, Jonathan Harker, to Castle Dracula. (Harker is helping Count Dracula buy property in England.) Nowadays, of course, vampires can live just about everywhere, and the scary old mansion is generally left to mad scientists with a single servant. And you will have noticed that the new tenants owe much more to the story of Frankenstein than to that of Dracula. Such stories might have died out by now if they weren’t such fun to parody.

I said that there are multiple narrators in Dracula. This is because Stoker puts his story together with the methods of the epistolary novelists, as a series of documents. Such narration gives the writer fits when he or she wants to tell of something that is happening right now, rather than in the past. Then the letter-writer, under siege from a vampire, may take time out from self-preservation and write something like, “OMG! The vampire just flew in through the window in the form of a bat and is nosing around at my throat, looking for a vein! I must find a stake!” Even Stoker, good as he is, occasionally has trouble narrating events that are happening right now. Still, he wrote a novel that has been in print for over a hundred years and is still very readable. A novel about a real-estate deal gone bad. Thinking about that record, I think I’ll stop picking on him and just go back to admiring him quietly.

Paul Barber is a research associate at the Fowler Museum of Cultural History, UCLA. He is the author of Vampires, Burial, and Death: Folklore and Reality. 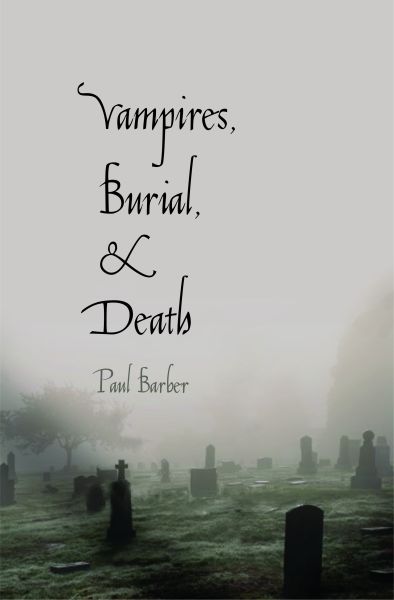