Did you know, before winning fame and fortune for his invention of the single wire telegraph, Samuel Morse spent his early life as a painter? After graduating from Yale College in 1810, Morse spent over two decades as an artist, taking two separate trips and spending a total of five years studying in England, Italy, Switzerland, and France. It was on his second trip, during a sojourn in Paris, that Morse began what has been described as “one of the most significant, and enigmatic” paintings of his career, explored in the new book edited by Peter John Brownlee. To win a copy of this book, translate the answers to these three questions from Morse Code (invented by Samuel Morse in the 1840s).

The first two respondents will receive a copy each of the exciting new book, Samuel F. B. Morse’s “Gallery of the Louvre” and the Art of Invention edited by Peter John Brownlee (published by the Terra Foundation for American Art and distributed by Yale University Press).*

The painting itself is about to embark on a grand tour.  Take a look at the exhibition schedule for “Gallery of the Louvre” and mark your calendars for its arrival at a local museum. 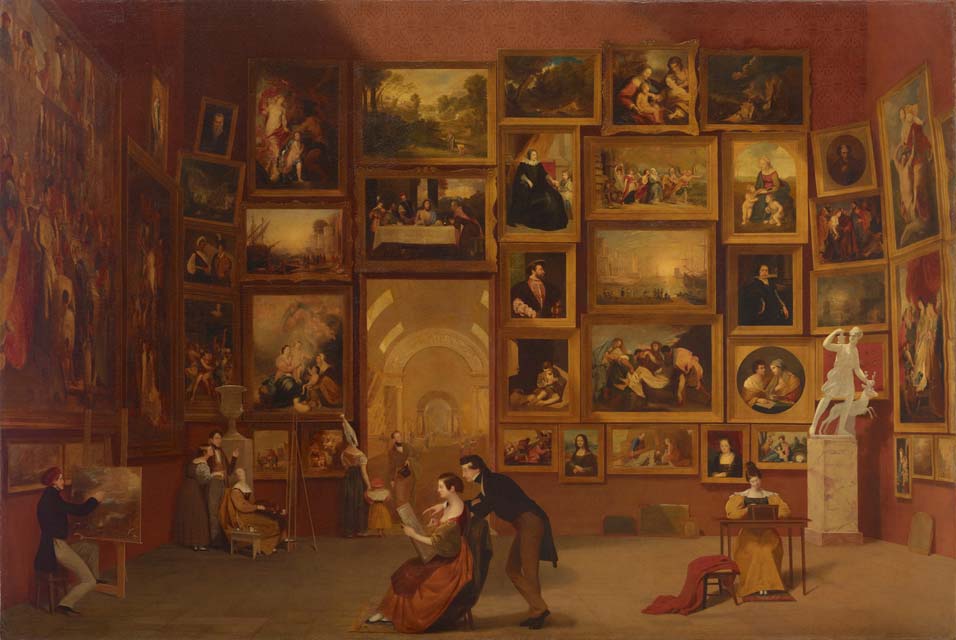