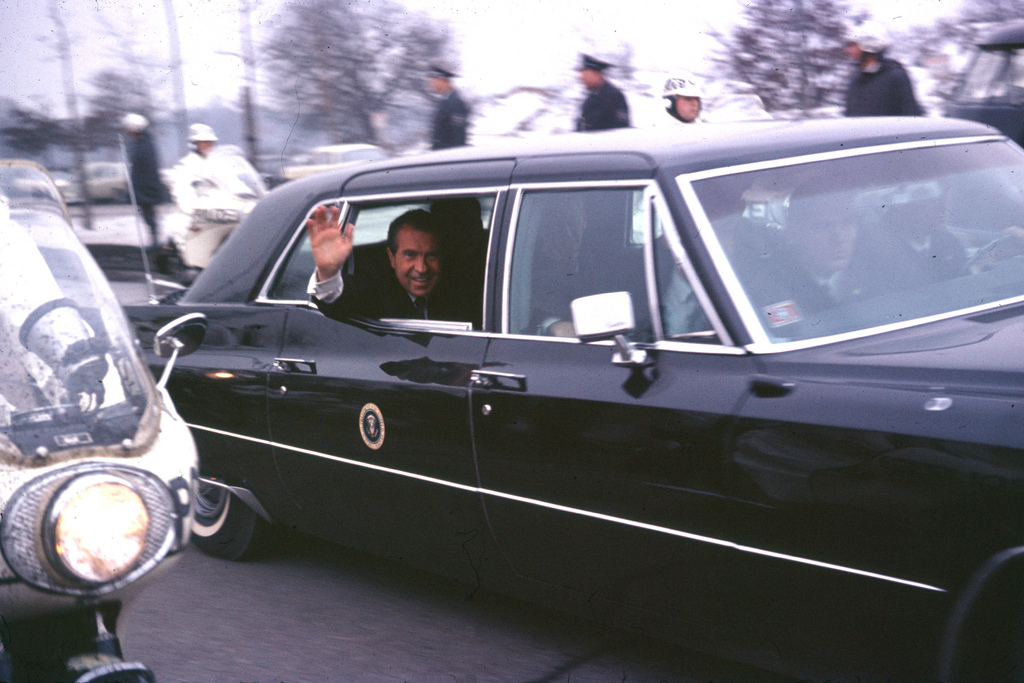 Nixon’s emotional outburst, claiming at a press conference in Florida that he was not a crook, forty-one years ago today, gave Freudian psychologists their best insight into the mind of a most complicated president—both then and a year later, when he became only the second president to be impeached in American history, and the first to have to resign.

At some deeper level, of course, Nixon knew he was a crook, which was why the accusation so hurt. It had become part of his character, his make up as a human being: a son who had had to walk to school barefoot to keep his shoes clean, a born actor who shone in Shakespeare plays at school in Whittier, California, a student who broke in to the dean’s office to see his files at Duke University, a navy supply officer who did not fight in WW2, a young postwar politician able to win by painting both his male and female opponents as communists, a wily Republican presidential nominee willing to sabotage peace negotiations with the North Vietnamese to win election, a chief executive willing to target and ruin anyone he deemed a threat to his ambitions. And given his long history of amorality and crooked dealings—including secret funding—he was doomed, after exposure, to spend the rest of his life in denial, vainly suing the government to get back the evidence of his wrongdoing and malfeasance: the White House tapes.

He had his own private Nixon Library financed and built in Whittier to honor only his achievements and high stature, up until his death in 1994. When the National Archives Richard M. Nixon Presidential Library and Museum was finally merged with Nixon’s own mausoleum the first thing the new director did was to have audio recordings from the confiscated tapes made accessible to visitors, together with new interviews with the primary participants in the Watergate story. It had been perhaps the saddest, most iconic story in American judicial and presidential history—one that, as Karl Marx had written in another context, was fated to be repeated, not as tragedy, however, but as farce, when President Bill Clinton was impeached (and acquitted) in 1998.

Nixon’s crookery was certainly egregious, but the reasons why we as Americans continue to be fascinated by this complicated man are not always easy to discern. We denounce his propensity to lie, his paranoia, willfulness, greed and naked ambition, as well as his willingness to sacrifice even his most loyal henchman in his bid to cling to power. And yet we know, in our heart of hearts, that he represented in some ways our alter ego, that his character was also a matrix of our own.

In recent years German historians have challenged the notion, so widely accepted after World War II, that Hitler was an aberration, a madman who had bewitched his people, his Volksgenossen, who were then too weak or frightened to do other than obey. They point to the fact that German soldiers went on fighting to the last bullet, the last building and the last man standing in the ruins of the Third Reich—even though Hitler only appeared in public a handful of times in the final two years of the war. They direct our attention to the fact that almost all Germans, civilians and soldiers, were aware of the Holocaust—and either approved or shrugged at it. Their conclusion is that Hitler represented and tapped into a depth and breadth of German nationalism that even his own generals did not understand. Hitler, these historians maintain, reflected his Volk perhaps better than any other individual, at that time.

So, too, we might, if we are honest, revisit the story of Richard Milhous Nixon, the American who gave expression to, or at least channeled, the American Silent Majority. In his famous Checkers broadcast in 1952 he dialed into the white American middle-class psyche as no other potential Vice President had ever done, and on national television—referencing his hardscrabble background, his patent honesty, his wife’s cloth coat, his dedication to hard work and egalitarian merit, his sweet daughters, and the dog he had been given by a supporter, and would never surrender. Twenty-one years later, in 1973, in his “I am not a crook” press conference, he dialed into that dark American shadow, uniting so many million white middle-class Americans: the sense of being unfairly treated, whether by government or the press or just modern society. Moreover he had numbers on his side: he had just been re-elected by winning the fourth largest popular vote in presidential history.

Are we crooks, too? For the most part, no—but that Nixonian sense of fear does characterize us as a nation, and is blatantly (many would say too blatantly) used by politicians to whip us up, still, into excoriation of those who do not share our values, as well as wild assertions that we are the only true guardians of American exceptionalism—a Fox TV mantra that makes us feel inviolate to criticism.

Like that of the leader of the Third Reich, Richard Nixon’s downfall was one of prolonged agony as his enemies closed in upon him after the Watergate break-in of June 1972. Though he moved might and main to avoid the inevitable, he was ultimately forced to bite the bullet, and surrender his office—flown to his West Coast retreat, where he pretended to be at death’s door and thus got the presidential pardon he knew would allow him to live out his days in well-heeled denial.

Nigel Hamilton is the author of American Caesars: Lives of the U.S. Presidents, From Franklin D. Roosevelt to George W. Bush. He lives in Somerville, MA, and New Orleans, LA, where he is writing a two-volume biography of FDR at war. 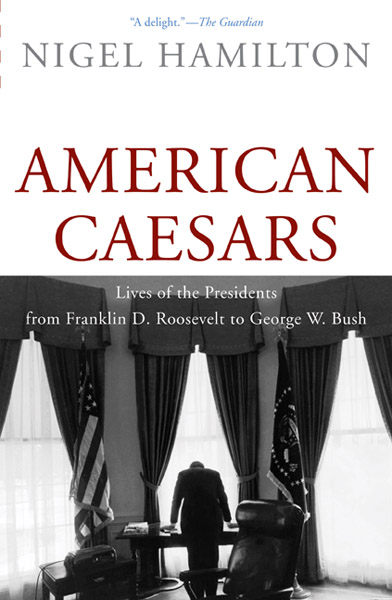