Lee Jackson, author of Dirty Old London: The Victorian Fight Against Filth, wrote a series of posts for the Yale University Press London Blog to explain how the inventors of ‘sanitary science’ nevertheless lived in what remained a notoriously filthy city. Some of these entries will be appearing here on the Yale Press log in preparation for the book’s publication on November 25. Check out the post below on Victorian toilets, sewers, and public health. It combines the original entries “The Disastrous Toilet” and “Deodorising and Flushing.”

At the start of the nineteenth century, the typical London house had an outdoor privy, containing a wooden seat atop a drain. There was no water supply/plumbing, but the drain directed the ‘ejectamenta’ towards a brick-lined pit, the cesspool. More cramped central London homes might have privies in their basements; slum-dwellers often had to share communal facilities. Ideally, the cesspool would be emptied of its accumulated ‘night-soil’ by ‘nightmen’ every six months or so (night because the process was legally restricted to the hours of darkness, when the stench of cart-loads of excrement might annoy fewer people). No-one thought cesspools terribly dangerous, even though most metropolitan pits were built porous, so that liquid seeped away (leaving more room and reducing smell). The ever-present danger of bacterial contamination of nearby wells was not understood.

Cesspools would, however, come to acquire an evil reputation—courtesy of the flush toilet. The growing popularity of the water closet amongst the middle-classes in the early decades of the century was at the root of the problem. Toilets were, initially, connected to existing cesspools; but it was discovered that the brick pits could not cope with the additional input of water. Foul-smelling liquid began to saturate gardens, or soak basements, before it could seep away. The stench was reminiscent of the worst slums. There were fears that this ‘miasma’ generated disease. The flush toilet itself might easily have been blamed, but it was a novel and convenient luxury. Rather, the cleanly WC was said to reveal the dangerous vapours ‘reposing’ in the cesspool system.

Enterprising plumbers came up with a solution—why not connect the cesspool, or even the toilet itself, to the capital’s sewers? Existing sewers were only intended to remove ground water, not human waste. Nonetheless, the idea quickly caught on. Local authorities forbade such interference; it made little difference. By the late 1820s, immense quantities of human waste were entering the sewer networks—and ultimately ending up in the Thames, the source of piped domestic water for much of London.

The great cholera epidemic of 1831/32 would offer the first proof of the disastrous consequences of mixing water and sewage—and worse would follow—but leading doctors and scientists could not fathom cause and effect. Some twenty years later, John Snow used groundbreaking epidemiological studies to show the relationship between contaminated water and cholera—but few contemporaries were convinced. Instead, it would be the long-standing fear of ‘miasma’ that ultimately drove a campaign for sanitary reform.

By 1848, the civil servant Edwin Chadwick, although an unelected official, was in a uniquely powerful position. His inquiries into the sanitary condition of the poor had persuaded the government—and, indeed, much of the nation—that public health reforms were imperative. He was first-amongst-equals in the newly-constituted Metropolitan Commission of Sewers (the body which, at his urging, had replaced all the capital’s existing sewer authorities). He was, furthermore, one of three commissioners running the General Board of Health, whose remit was to organise sewerage and sanitary reforms outside the metropolis, under the 1848 Public Health Act. For his work on public health, he had even been presented with the honour of Companion of the Bath—which humourists thought very apt.

Chadwick was committed to introducing to London what he once dubbed ‘the venous and arterial system’. This involved removing domestic cesspools; connecting all houses to a reformed London-wide sewer network; and providing universal constant running water to cleanse homes and flush clean the sewers of accumulated filth (even in the best 1840s homes, a constant supply of water was a rarity; wealthy families relied on capacious cisterns for storage). Chadwick’s system, if properly implemented, would remove dangerous miasmatic waste from the home—for it was believed that foul smell begat disease—and allow the recycling of liquid sewage as manure.

The Metropolitan Commission of Sewers, however, did not prove the vehicle for improvement which Chadwick had hoped. There were fierce internal rivalries and divisive arguments between its engineers. The press began to clamour for a complete sewer scheme, whilst Chadwick himself—a micro-manager by nature—became mired in detail.

Then cholera returned to the capital. 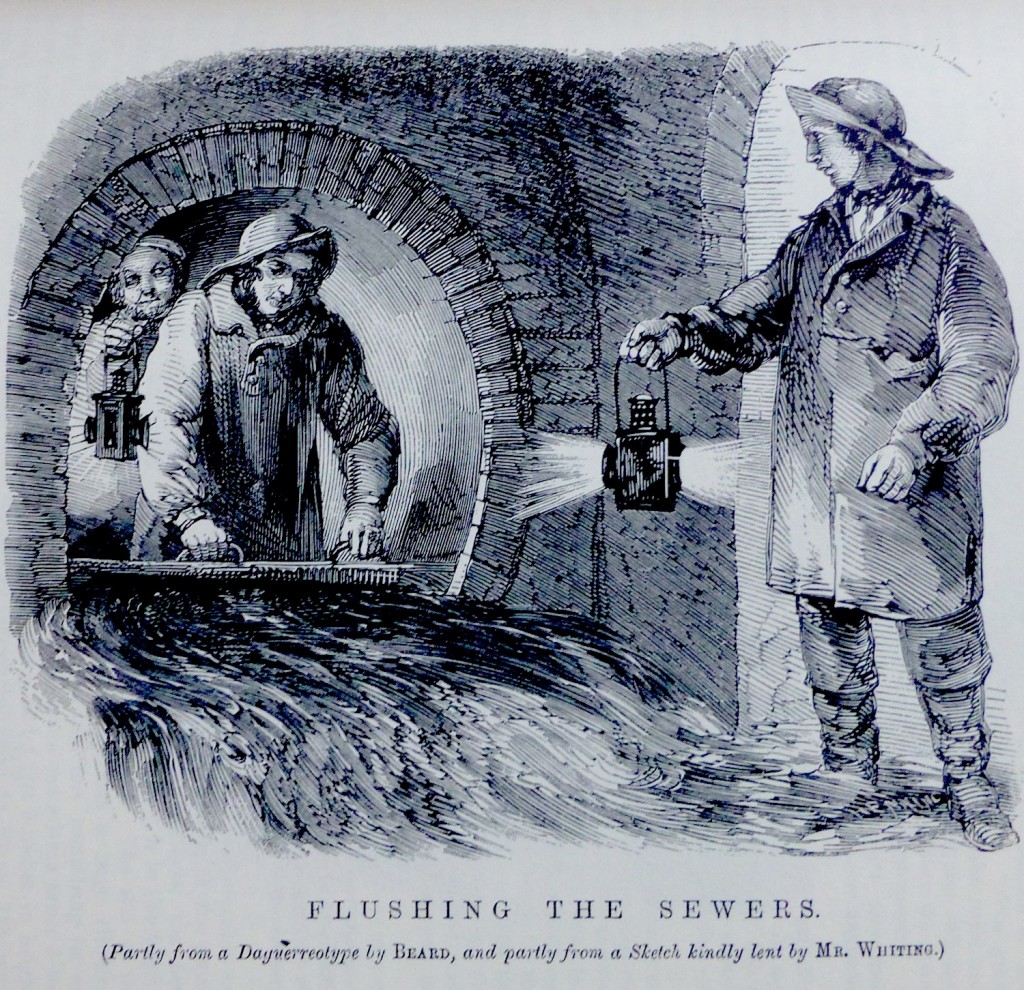 Chadwick had spent a decade campaigning for sanitary improvement to prevent disease. Now he had to prove himself, at very short notice. With no sewerage scheme in place—and many household cesspools still in use—he came up with a temporary solution: deodorising cesspools and flushing sewers.

Introducing chemicals to cesspools, to eliminate smell, was an old trick; but new patent brands of ‘disinfecting fluid’ could be mechanically pumped into pits, simultaneously diluting and deodorising the contents, which could then be swiftly pumped out into nearby sewers. Six roving gangs of ‘pump men’ were promptly established and they reportedly gave much satisfaction to householders willing to pay for the use of a mechanical pump (comments were dutifully recorded: ‘cesspool cleansed; will recommend the pump to all his friends’).

The flushing of sewers was an innovation introduced by the defunct Holborn Sewer Commission, earlier in the decade, to reduce foul-smelling blockages. Workers would clamber into the affected sewer, set up wooden boards to build a dam, then swiftly remove the boards. This created a surge of water, sweeping the filth away. Chadwick was a great enthusiast and ultimately spent an astonishing £18,000 on flushing work during the epidemic.

Both these methods of cleansing were intended to hint at the potential of the venous and arterial system, and make clear the need for copious supplies of clean running water. Unfortunately, many of the districts where flushing was practised immediately complained of increased stench in the streets. Chadwick emphatically denied that this miasma from the disturbed muck was a problem— the crucial thing was that the smell was no longer in the domestic sphere. He would stick rigidly to this argument, even as the Thames filled with ever-increasing amounts of malodorous sewage, released by the flushers—but the press, politicians and the public began to question the logic of his methods.

The dubious results of ‘flushing’ contributed to the Metropolitan Commission being entirely reconstituted in the autumn of 1849, minus its guiding spirit. Edwin Chadwick had lost his best chance of shaping the capital’s future. 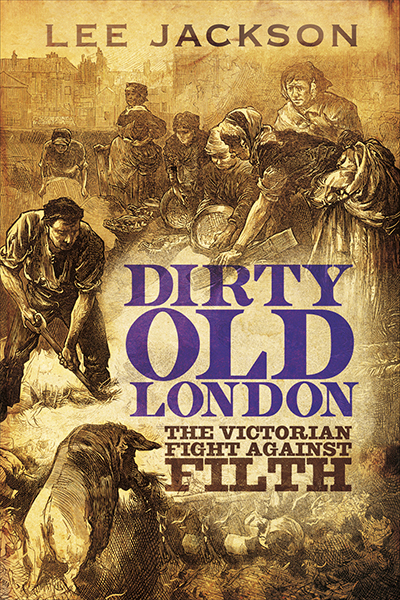