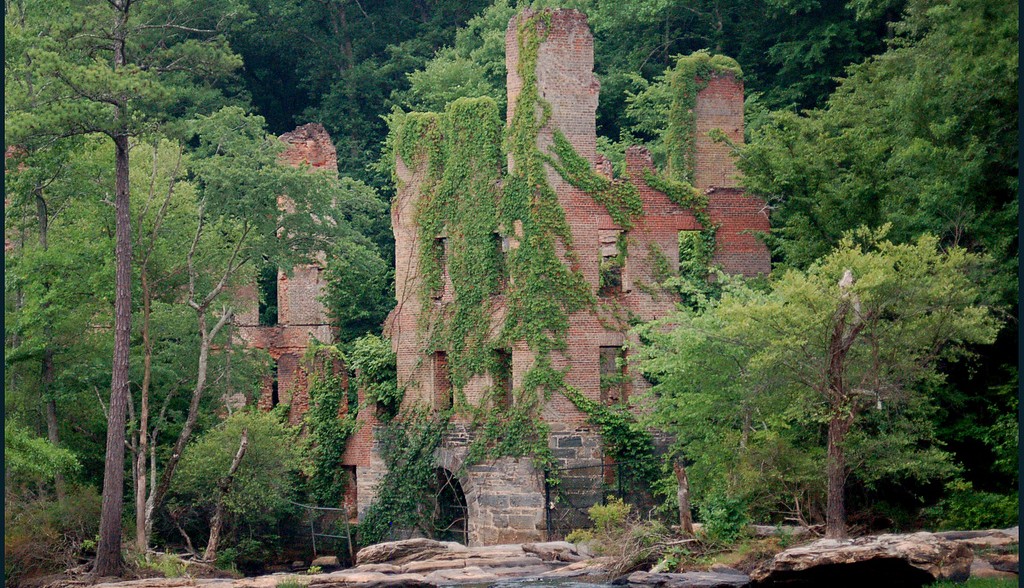 One hundred fifty years ago today, General William T. Sherman arrived in Savannah at the conclusion of his March to the Sea. In a telegram sent  on December 22, 1864, Sherman presented the city to President Abraham Lincoln as a Christmas gift. Because Savannah  had little military value, the city was largely spared the burning and destruction that Sherman’s army inflicted upon Atlanta in mid-November, but while Savannah survived intact at the end of the war, Atlanta, not Savannah, would emerge as an economic powerhouse in the postwar period.

Founded in the 1830s as the terminus for the Western and Atlantic Railroad, Atlanta grew slowly at first, until additional railroads also made Atlanta a hub. By 1860, the population had grown to 9,500, and rail lines connected Atlanta to all of Georgia’s cities, to the North via Chattanooga, Tennessee, and to the West via Montgomery, Alabama. Atlantans proudly called their community “Gate City to the South.”

The Civil War accelerated the process of a making Atlanta a modern city. With the federal army poised to seize Nashville in February 1862, Confederate authorities moved its arsenal to Atlanta. Employing several thousand men, women, and children, the new Atlanta Arsenal produced saddles and harnesses, cartridges and artillery shells, and millions of  percussion caps. The Confederate government also made Atlanta a center for clothing production. Twenty tailors and trimmers cut cloth into jackets, pants, and shirts, while an estimated 3,000 seamstresses hired as “pieceworkers” hand-stitched the garments. From a facility near the railroads, the Confederacy cured enormous quantities of meat for the army. In addition, privately-owned factories relocated to Atlanta and existing industrial enterprises increased their output. With its railroads and industries and its twenty-six Confederate hospitals, Atlanta became the second most important city in the Confederacy after the capital of Richmond.

Atlanta’s transformation from emerging young city to wartime metropolis led to sweeping changes in the lives its citizens. The Gate City’s population more than doubled to 22,000. Although wages were comparatively high, housing was expensive and increasingly scarce. Nonetheless, Atlantans enjoyed a period of wartime prosperity. Businessmen made significant profits. The iron foundry owners Isaac and Joseph Winship produced goods for the Confederate army. The dry goods merchants John Beach and Sidney Root entered the blockade-running business, running a fleet of ships out of Charleston, South Carolina that brought back goods for their Atlanta store. They also sold cloth to the Confederate Quartermaster and guns to the army. Smaller businesses also did well. The grocer Edward M. Edwardy sold food to the Confederate government  for use in the military hospitals. The jeweler Er Lawshe earned profits by billing the Confederate government for the placement and removal of shackles and irons from Yankee prisoners.

By 1863, however, Atlanta’s economic prospects declined. Military defeats at Gettysburg and Vicksburg led to questions about whether the Confederacy could win the war. The Richmond government’s policies, including conscription and taxation, led to further questions about the cost of war. The spread of infectious disease, including the dreaded smallpox, sapped civilian morale, and growing problems with inflation and food shortages took their toll. Women lined up to obtain “government sewing,” but there was never enough work for all who needed it. While the entire population struggled, the black population also took advantage of wartime opportunities. Many slaves attempted to run away, and some succeeded in eluding recapture. On January 26,1864, readers of the Atlanta Daily Intelligencer were shocked to learn that a group of white and black men had been caught engaging in cockfighting near the Confederate Rolling Mill. Several of the African Americans wielded guns. Although the police rounded up the men and thirty-two blacks were carted off to the city jail to be whipped before being returned to their masters, this incident involving armed black men provided unmistakable evidence that the institution of slavery was breaking down. When the Gate City fell to General Sherman’s army on September 2, 1864, newly-freed slaves filled the streets to celebrate.

Atlanta’s role as a Confederate city ended when Sherman ordered the destruction of military and industrial sites. He further enflamed southern sensibilities when he ordered the expulsion of the entire civilian population. But Atlanta did not remain dormant for very long.  Within a few months of the war’s conclusion, Atlantans began returning to the city. They restarted businesses and quickly began to earn profits again. Ironically, the four-year war fought by Confederates to preserve plantation slavery had revealed the South’s cities as major drivers of the region’s economy. In the postwar period, railroad transportation hubs like Atlanta would eclipse port cities such as Savannah as economic engines of a New South.

Atlanta’s businessmen played an important role in encouraging this process. They believed that Atlanta could be rebuilt and they also believed that Atlanta’s best path forward involved cooperating with rather than fighting over federal Reconstruction policy. When Atlanta’s businessmen held a meeting at City Hall during 1867 to discuss “political troubles which now agitate the country,” they passed a series of resolutions offering unconditional acquiescence to federal Reconstruction policy. Their efforts paid dividends. They convinced federal officials to hold Georgia’s constitutional convention in Atlanta, and then they won the big prize:  they succeeded in making Atlanta the  new state capital.

The Civil War transformed the city of Atlanta in the 1860s, setting the stage for Atlanta’s emergence as an economic and transportation powerhouse for the postwar South. 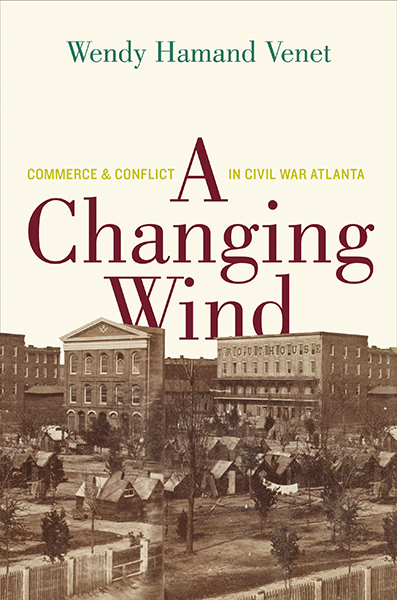