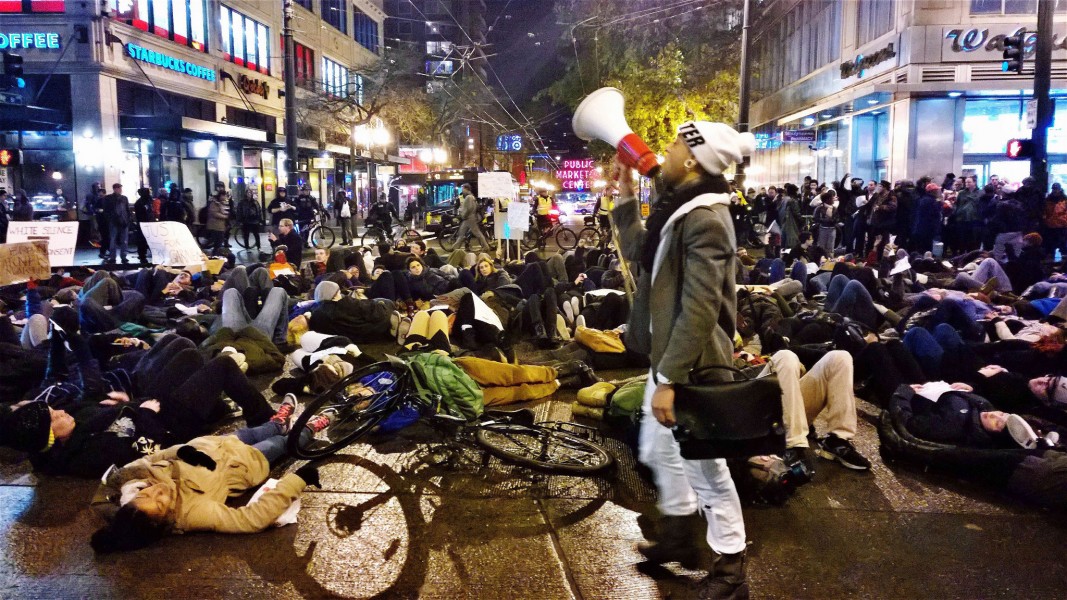 In the early days of the Ferguson protests this past August following the death of Michael Brown, President Obama insisted that “our constitutional rights to speak freely, to assemble, and to report in the press must be vigilantly safeguarded: especially in moments like these.” He was right. And the connections between speech, assembly, and press are more than a rhetorical convenience. They remind us of the importance of First Amendment rights working together, and the convergence of those rights in an important constitutional doctrine known as the public forum.

The public forum refers to government owned spaces where viewpoints become voices. The government owns and manages the land and the physical structures built upon it. But within these spaces, anyone can say almost anything. On public streets, parks, and sidewalks, citizens can voice anger, outrage, and discontent. Their expression cannot be violent, and it cannot incite others to violence—those are essential lines that law enforcement rightly maintains. But expression in pubic forums is otherwise fairly unrestrained: it can be verbal or nonverbal, rational or emotional, reserved or unleashed.

The public forum is essential to our democratic experiment. It provides a practical mechanism for citizens to gather, express, and engage—on topics and issues of their choosing, in their ways, and on their terms. In the memorable words of the legal scholar Harry Kalven, “In an open democratic society the streets, the parks, and other public places are an important facility for public discussion and political process. . . . [T]he generosity and empathy with which such facilities are made available is an index of freedom.”

The ideal of the public forum represents one of the most important aspects of a healthy democracy. It signifies a willingness to tolerate dissent, discomfort, and even instability. These intuitive connections are not lost on the writers of the hit television show, Parks & Rec. When a delegation from a Venezuelan Parks & Rec department visits the fictional town of Pawnee, Indiana, their leader Raul expresses dismay upon observing a public forum: “This is outrageous. Where are the armed men to take the protesters away? Where are they? This kind of behavior is never tolerated in Baraqua. Shout like that, they put you in jail. Right away. No trial, no nothing. Journalists, we have a special jail for journalists.”

We are not as far from Raul’s vision as we might like to believe. Recent peaceful protests in New York City following the grand jury’s decision not to indict Officer Daniel Pantaleo are a bright spot of our First Amendment in action. But the egregious suppression of public outrage in Ferguson in the early days of Michael Brown’s death (and the detention of journalists who covered the protests) is only one example of the ongoing violations of the public forum in this country. Under current law, political protestors in public forums are often relegated to physically distant and ironically named “free speech zones.” Labor picketers confront oppressive restrictions against their practices in public areas. Churches are prohibited from renting generally available public facilities. Occupy protesters in New York City parks, antiabortion counselors on Colorado sidewalks, and political protesters in the North Carolina capital have all been silenced by government officials overreaching their authority. The public forum in practice is quite unrecognizable from its ideal, and that departure should give us great pause.

One factor facilitating the decline of the public forum is a gradual but unmistakable shift away from its roots in the First Amendment’s right of assembly to the free speech right. Today’s public forum cases are resolved almost exclusively under a free speech framework, and usually with little or no reference to assembly. Speech plays a role in public protests, but the public forum doctrine is anchored in “the right of the people peaceably to assemble.” That right facilitates the expression and existence of people coming together for a common purpose. It’s not reducible to mere “speech.” Rather, assembly reflects a lived experience that implies relationality: one can speak alone; one cannot assemble alone.

The public forum doctrine is a vital part of our democratic experiment. But we will only comprehend its purposes and possibilities when we rediscover its connections to the multiple rights of the First Amendment, and most especially to the right of the people peaceably to assemble.

Note: Portions of this post are extracted from a forthcoming book, Confident Pluralism.

John D. Inazu is associate professor of law and political science at Washington University in St. Louis and a visiting faculty fellow at the Institute for Advanced Studies in Culture at the University of Virginia. He is the author of Liberty’s Refuge: The Forgotten Freedom of Assembly. 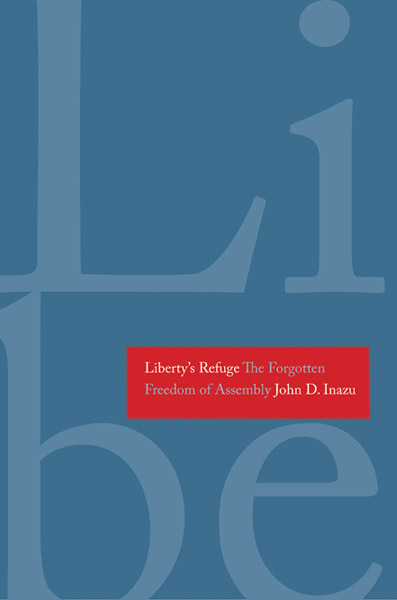