David represents one strand of the Jewish tradition, one that these days causes so much pride and angst and generates so much news. Jewish religious history is divided, in some senses, between Moses and David: Moses is the desert, wandering, and Mt Sinai. David is the land, government, and Mt. Zion. For most of Jewish history, Moses was the symbol and David the hope. Things change.

Although David is remembered as the greatest king of Israel, there are hints that in his own time his rule was far less favorably regarded. The first half of the David story, his “ascension” is a battle to become king. Saul, the first king of Israel, and Saul’s son Ish-Bosheth, stand in David’s way. Although the teaxt (in Samuel I and II) declares that Israel was in love with David, it took a long time for that love to manifest itself in rulership. David spends years as a brigand waiting for the downfall of Saul and his own chance.

Once David is king, his respite proves brief. In the second half of David’s story he fights against a rebellion by his own son, Absalom. That the son almost won—only a stroke of wily misdirection spared David—suggests Absalom had a great degree of popular support. King David, like virtually all governments for all time, was mired in opposition, friction and conflict.

Moses had opposition too, of course, according to the biblical account. But Moses is a more mythlike figure, with few anecdotes that really illuminate his personality or internal struggles. David is on full display; his mistakes and frustrations and friendships enliven the story at each turn. Many have claimed his story as the first genuine biography in history. That accords with the ruler of a state. One who runs a government has advisers, documentarians—people who pay close attention to the king himself. Whoever wrote David’s story seemingly knew a great deal about the everyday doings of the ruling elite.

In modern terms we might say that David is an urban figure. He founds a capital city—Jerusalem—and lives among the buildings and bustle that entails, even with the diminished scale of ancient cities. But just as there is a shepherd/farmer tension in ancient societies, so there is a desert/urban tension in the Jewish tradition.  Being uneasy in Zion is not only a political stance; religiously too, when there is less power there are fewer ethical conflicts. The wandering tribal leader does not have quite the same burdens as the king, who must contend with everything from the state apparatus to the challenge of hostile tribes in the same territory.

David is a protean figure: king, prodigy, musician, warrior, lover, adulterer, penitent, poet and much more.  But he also establishes the moral ambiguities of power that are inevitable with the transition away from statelessness. Those currents are deep within the history of Judaism, and both Moses and David have a voice in the ultimate priorities of the tradition they left behind.

David Wolpe is the rabbi of the Sinai Temple in Los Angeles, the largest Conservative congregation west of the Mississippi River. He is the author of seven books, including the national best-seller Making Loss Matter: Creating Meaning in Difficult Times. His most recent book is David: The Divided Heart. 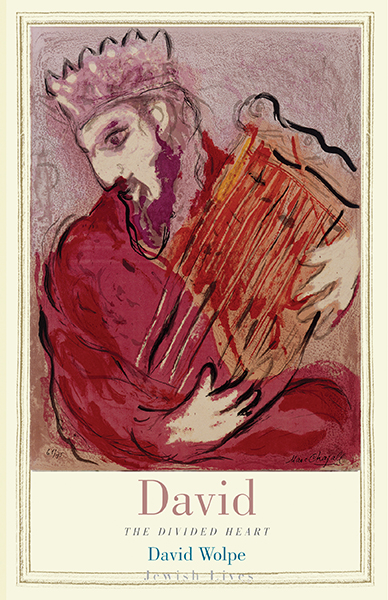