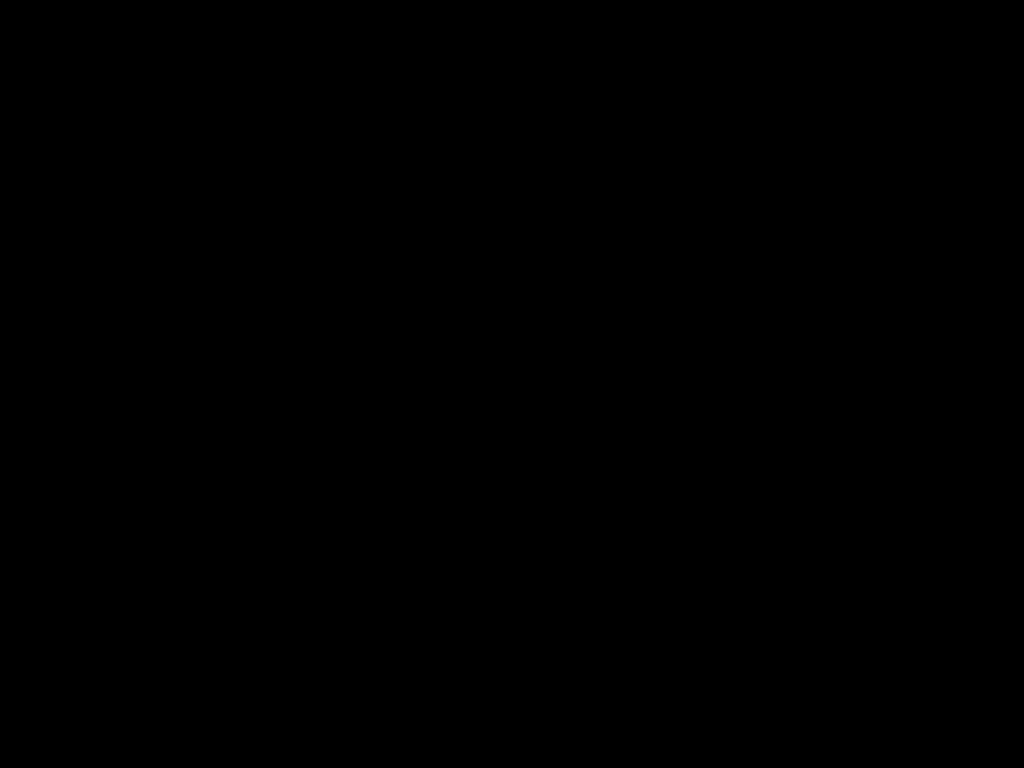 Photograph of Uxmal, Yucatan, by Gideon, used with permission.

The first Maya archeological site I ever visited was Uxmal, on an extended tour of the Yucatán in Mexico in the early 1980s. Exploring the sprawling ruins of ornate buildings covered with refined carvings of figures, animals and glyphs, made over 1000 years ago, proved something of a revelation for me as well as my companion, future anthropologist Peter Zabielskis. It is obvious from pre-Columbian works you see in U.S. and European museums that the paintings, sculptures, ceramics, architecture and writing systems of the Maya are extraordinarily sophisticated and of great beauty. But there is nothing to match the exhilarating sensation of being surrounded by the remnants of Maya culture in its own terrain. A sense of fluid energy is still palpable among the fragmented remains of this once glorious civilization.

Mysteriously, the vibrant culture of the Classic Maya, which flourished for more than a millennium, came to an abrupt end sometime in the 9th century, hundreds of years before the arrival of the Spanish conquistadors. The exact cause of the demise remains unclear. And the Spanish colonialists systematically destroyed much of what was left behind that might have provided answers. Though the Maya people survived, their ancient culture seemed to be lost forever. Many fantastic works of art, architecture and writing have been preserved, but their purpose and meaning remained largely enigmatic.

Extensive studies of Maya culture and scientific investigation of the principal archeological sites in Mesoamerica did not begin in earnest until the mid 19th century. Slowly, throughout the 20th century, archeologists and anthropologists, led by scholars such as Michael D. Coe, brought to light many of the puzzling aspects of Maya culture that were obscure for so long. Research continues apace today as younger generations of Maya scholars offer new ways to approach this fascinating realm.

A recent contribution to the field, Stephen Houston’s book, The Life Within: Classic Maya and the Matter of Permanence, proposes a new understanding of Maya civilization by means of idiosyncratic patterns and singularities in its material culture. Among the foremost scholars in the field today, Houston, a professor of social science, anthropology and archaeology at Brown University, considers in the book that Maya artists and artisans endeavored to imbue inert substances, such as jade, flint, obsidian and wood, with a vital essence, and even personality. A particularly illuminating section of the book suggests a new way to interpret the ever-intriguing Maya glyphs, regarding them as nearly autonomous beings.

With its accessible—and exciting—narrative, this visually stunning volume examines the metaphorical transformation of materials, often full of wit and humor, which is characteristic of Maya art. The book shows how the prolific artistic production of the Maya during the Classic and Late Classic Periods, from roughly 250-900 A.D., was woven into the fabric of everyday life. Through their art, the Maya aimed to lend a sense of permanence and stability to a very unstable society. Art played a key role in the assertion of dynastic power, the rarified bloody rituals of Maya religion, and the ceaseless militarism that marked the era.

In a recent phone conversation I had with Houston, he discussed the evolution of the book, and offered some further insight into this unusual subject.

David Ebony: Did you work on The Life Within for a long time?

Stephen Houston: It was a pretty compressed schedule, but the idea had been brewing in my mind for quite a while. I felt that there were strange patterns in Maya art that needed to be accounted for.

Ebony: In the book, you say that references to jade in Maya texts are rare. You refer to jade as a “glyphic taboo.”

Houston: It is very strange that explicit references to jade in Maya writing always allude to just one or two contexts. This has been mentioned by other scholars. The references are to the polished stone. Apparently, for the Maya, the polished jade was inhabited by living spirits that appear to look at you through the reflective surface.

For them, the importance was not just the mineralogical properties of the jade, but the human effort needed to create the lustrous surface. The labor-intensive process made it possible to elicit a sense of the inner presence within the green stone. For them, jade was an exotic substance, coming as it did from distant lands far to the south.

Ebony: You discuss in the book the dichotomy of flint and wood; or flint versus wood. Can you elaborate?

Houston: The Maya understood these materials in terms of personality types, and what spirits might reside in them. Wood is everywhere in their world—they see it growing; they could cut it down, chip away at it and carve the harder woods into various shapes that could be polished. Flint was something very different. It needed to be mined out of the earth. Flint objects had to be created with hard blows; sparks and fire would result. It was this engagement with the material that intrigued them.

Ebony: And then there’s flint versus obsidian.

Houston: Obsidian is a famously sharp material; it makes clean cuts that can heal easily. It’s still used in some surgeries today. When the Maya used it in sacrifices; it made it easy to get to the heart.

Ebony: One of the highlights of the book is your discussion of “media transfer,” the way the Maya artisans mimic in ceramics the look and textures of textiles, cured pelts, and snakeskin, etc.

Houston: It’s important to emphasize that the Maya were interested in turning ephemeral materials into relatively long-lasing ceramic forms. They sought to make impermanent materials into something more stable. It only happened at certain moments in Maya history, not consistently, but most often in periods of social upheaval. The society was in a fairly constant state of anxiety about the world.

There are multiple levels of explanation. That’s one of things I wanted to explore in the book. There’s a lot of wit and humor in these transformations. The Maya were greatly attracted to paradox. Cross-media transfer delighted them. It intrigued them spiritually. When they looked at jade, for instance, it would summon to them the rich foliage of their environs. It probably connected to their obsession with maize. The Maya still called themselves people of maize. They would refer to human flesh itself as something the gods wanted to eat, at least in the religious system of 1000 years ago. Humans are delicious beings of maize. If you consider the way they regarded the human body, the way they understood it, the human heart, for example, was shown as a tamale. All these linked ideas course throughout the culture.

Houston: You say a great deal about humor and playfulness in Maya art, and how that runs against the grain of archaeology. One of my favorite lines in the book is “The past is serious business.”

Houston: The Maya had a rich tradition of buffoonery and clowning. You can see it even in the grotesques; they found a lot of these things deeply amusing. The play of materials they engaged with is about surprise, and often simply about eliciting a fun response.

Ebony: A quest for permanence is a theme that runs throughout the book, and referenced in its subtitle—the way the Maya aimed to convert decay to permanence.

Houston: The theme was personal to me in a way. As I began working on the book, a few years ago, I was entering my 50s. It’s a preoccupation for people of our age. For the Maya, the preoccupation had to do with the fact that the society was extremely unstable. We now know that they were constantly having severe ecological problems, failed crops due to droughts, and other disasters. These small city-states had volatile, conflicting frontiers. They understood the world in a cyclical fashion. What disappears will eventually come back. In a way the artworks suggest a powerful human intervention.

Houston: It is largely conjectural, but there is evidence that the potters were women and the men did the painting.

Ebony: Toward the end of the book you talk about Maya writing, and the elusive nature of Maya glyphs. You mention glyphs that can breathe, talk and move.

Houston: It’s a feature that has been noted by other scholars. But, except for James Elkins, few have ever remarked upon it in depth. I tried to characterize what the glyphs are up to. The earliest glyphs incorporated forms of animals, especially ravenous ones. The vitality of these first glyphs reflected the wildness of nature. After a century or so, we see a certain form of animation taking hold. Suddenly, the glyphs are copulating, hissing and talking. It’s almost a statement about language, as if the glyphs could come alive. They have multiple meanings.

We think of writing as an unmediated window onto language. That’s what most people focus on. What are the meanings? What are the sounds? But in Maya writing the window we see is full of vitality and the glyphs have their own kind of agency. These signs were created by humans, but they were intended to find their own lives. The glyphs have their own interactions and occupy their own little social world. There is also a kind of cryptographic occlusion going on, a type of concealment. We see these things as writing, but for the Maya they had their own existence. That may be a radical approach, and there’s nothing comparable except for Egyptian hieroglyphics.

Ebony: Where do you go from here in your studies? What’s next?

Houston: I’m now working on a book about young men in Maya society. It’s become clear to me over the past ten years or so that many of the greatest works of Maya art, including the Bonampak murals, are not just about dynastic commissions. The murals and many of the painted pots are about young men, establishing moral parameters for them, and preparing them for whatever their obligations might be as adults. I don’t know why this has never been explored in depth before. Many of the finest works of Maya art are not just for royal courts, but confirm the status of a finite group of males through rites of passage. Most of the objects that appear in these images were geared for use and possession by these young men, to help transform them from adolescents into kings. The Maya referred to them as “young sprouts.” I’m thinking of titling the book “Growing Men.”