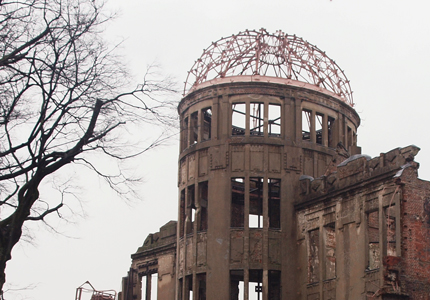 Nearly eight years have passed since I handed over the final manuscript for Hawaiian Modern: The Architecture of Vladimir Ossipoff to Yale University Press. Now, as I eagerly await the imminent release of the book’s second edition, I ponder my original motivation to embark on the project and reflect on what impact the first edition has made.

Honolulu was once described as a graceful older woman, unkempt in her dress and appearance. Lewis Mumford made this comment in Whither Honolulu? A report for the City of Honolulu in 1938, in which he pointed out the potential discrepancy between the island city’s natural beauty, hospitable climate, and the quality of its built environment. Throughout the report, Mumford expounded on the potential of Hawaii’s architecture to relate to its unique topography of mountains, ocean, sky, foliage, and climate, as well as to its melting pot of culture. Mumford proposed, among other efforts, elevating the city planner’s power on all development matters.  Unfortunately, the report was disregarded by Honolulu’s mayor, and the old lady has suffered as a result. This is why I took on the Hawaiian Modern project, with Mr. Ossipoff as my protagonist.

Today, Honolulu County accommodates over a million people, including residents and tourists on O’ahu island.  A multi-lane interstate freeway bisects a good part of its twenty mile stretch between the verdant Ko’olau mountain range and the teal Pacific Ocean. Its urban landscape is covered by surface roads, narrow sidewalks, mediocre high rises which crowd the shoreline, and an aging stock of smaller commercial and residential structures along with the nation’s worst traffic next to Los Angeles. In a new, stunning reproach to Mumford’s vison of her, Honolulu will soon receive an elevated heavy rail mass-transit system piercing its length without a city-wide plan to suture is urban fabric. Although O’ahu shoulders the burden of the majority of people, commerce and congestion, many feel that the islands of Maui, Kaua’i and Hawai’i are beginning to suffer the negative effects of urbanization as well.

Vladimir Ossipoff (1907-1998), forewarned us of the challenges of Hawai’i’s inevitable build-out and what was at stake. Ossipoff was a man of intrigue. He was cultured, outspoken, decisive, and survived global circumstances. He was born in Russia, raised in Japan until he was sixteen, studied architecture at UC Berkeley, and arrived in Honolulu via steamship in 1931 to escape the Great Depression on the mainland. His father had been the military attache to the czar – the Ossipoffs lived in exile in Tokyo after the Bolshevik Revolution – and Ossipoff spoke his mother tongue at home, Japanese in the streets, and learned English at school. In post-war Hawai’i, Ossipoff’s refined taste, strong opinions, and ability to communicate effectively with both the haole elite (Caucasian businessmen and missionary descendants) and immigrant Japanese carpenters was uniquely productive. Over his nearly seven decades long career, exclusively in Hawai’i, Ossipoff designed hundreds of homes and numerous landmark commercial and institutional buildings which define the best of modern architecture in the Aloha State. In 1964, as president of the local AIA, he proclaimed a War On Ugliness in an attempt to control the poor quality of new hotel building in the once-unspoiled Waikiki. As a testament to the timeless quality of his residential design, two Ossipoff-designed homes built in 1952 – the Liljestrand House and the Goodsill House – are preserved today as institutions, the latter as a foundation house museum and the former as the home of the director of the Honolulu Art Museum. Ossipoff’s 1970s-era design of the Honolulu International Airport’s main ticketing hall is a tour-de-force grand lanai and portal to paradise.

The impact of the Hawaiian Modern project is both global and local. In 2007, I curated a traveling exhibition of the same title, which was inaugurated at the Honolulu Museum of Art to commemorate Ossipoff’s centennial. In 2008, it was the first exhibition to open in the renewed Yale School of Architecture Gallery in Paul Rudolph Hall. A year later, the Hawaiian Modern exhibit opened at the Deutsches Architekturmuseum in Frankfurt, Germany. Both the exhibition and book were reviewed in the national and international media and professional journals. Journalists and photographers descended on the islands, in search of “hawaiian modern.” The first edition of the book sold out shortly after the exhibition tour ended. Locally, Ossipoff’s legacy was burnished, elevating the great man to near-deity. I hope the second edition will find its way into the hands and minds of many others who can learn from Ossipoff’s story in order to do what is right for the ‘aina (land) in Hawai’i and elsewhere. Good design, and the fate of nature in these far away islands, are matters that are as dear to me as they were to Vladimir Ossipoff.