February 11 is a date with special significance for union leaders, members, and supporters. On that date in 1937, the General Motors Flint facility ended its sit-down strike with a dynamic and long-lasting union victory. General Motors was forced to recognize and bargain with the UAW—something it vowed not to do. The union’s victory was widely reported. America’s workers were inspired and employers made fearful by this demonstration of the power of workers’ solidarity. Within a year the fledgling United Auto Workers union had organized 200,000 members. And workers joined unions in record numbers throughout the country.

It has been 78 years since that memorable victory. The UAW, the labor movement, and General Motors have had many triumphs, and many failures, since. In recent years, organized labor’s victories in strikes and organizing have been rare. The percentage of workers in unions has been in decline since the 1970s.

Is there a valuable message in that long-ago victory for today’s beleaguered labor movement? I believe that there is such a message, and that it is based on the most basic of union concepts: worker solidarity. To be successful, unions must harness the power and creativity of those whose lives they seek to transform. The Flint strike was ably led by national union leaders such as Victor Reuther, but it was the autoworkers themselves who played the key roles. They began the strike. They held off the police, they reached out to the broader community, and they built an orderly system of self-government. The active participation of the membership has remained a key feature in all successful progressive movements from 1937 to 2015: the civil rights movement, the feminist movement, the gay rights movement. In each of these movements, as at Flint, members were prepared to make sacrifices and run risks to advance the cause that many came to see as intertwined with, but greater than, their own self-interest.

The constant involvement of the membership in each movement created common patterns of commitment expressed in inspirational rallies, songs, slogans, and chants, and, even more powerfully, in the willingness of the members to engage in civil disobedience and face arrest and imprisonment to advance their cause. In each movement, new leaders emerged from the rank and file; in each case, not only the members but their families were involved. In each movement, they made alliances with other progressive institutions. And in each case, top-level leadership helped to inspire and guide the local members and leaders.

The power that comes with movement dynamism remains crucial to union success, and it is still available to organized labor. I have seen it in action and been moved by its power on a variety of occasions. In Poland in 1980, I witnessed the coming together of workers and progressive intellectuals in Solidarity—a movement that changed the world. At Yale in the early 1980s, I witnessed another example of the power and inspiration that arises when unions organize and strike using the tactics of movement. I had observed and studied over 30 union organizing campaigns before joining the Yale law faculty 1978, but I had never witnessed a campaign that so energized and inspired the workers being organized as that conducted by Local 34 of HERE. What I recall most vividly about that organizing campaign and later strike by Local 34 was the constant emergence of new, eloquent rank and file leadership, most vividly exemplified by Local 34’s then-president Lucille Dickess. I learned that the culture of movement that empowered the union’s rank and file was carefully developed by HERE’s excellent leadership, headed first by Vincent Sirabella and then by John Wilhelm. I have tried to keep up with the doings of Local 34 since leaving Yale. I have not noticed diminution in the commitment to movement and rank and file leadership.

This is not to say that the tactics of movement guarantee victory. I have also witnessed the heartbreaking defeat that all movements risk and most suffer. In the late 1980s, the paper workers of Local 14 UPIU in Jay, Maine, took on the largest land owner and paper company in the country, International Paper. IP hired permanent replacements to take their jobs and defeat the union. Local 14 fought back through a broad-gauged “people’s strike” fueled by emotional Wednesday meetings. These weekly meetings brought in union supporters from all over New England to stand with the members and pledge support for the strike.

The membership of Local 14 and their families devoted themselves to holding the line and spreading the word about their cause. They conducted a wide-ranging corporate campaign and developed a union outreach committee that won over the Maine press. Almost every member and their families became activists. The union forged alliances with other progressive forces, and the town of Jay developed its own environmental laws.

Local 14 and its sister unions might well have been victorious had they been adequately supported by their national leadership. Unfortunately, a trio of opposing forces—the law, the company, and the weak support of the national union—ultimately forced Local 14 to end  this inspiring strike, leaving the replacement workers in place. The result was devastating to the workers and their community. But in the end Local 14 won a great victory for paper workers throughout the country. Other paper companies decided not to follow the path of International Paper. International Paper’s corporate leadership decided that they had made a great mistake and after a change in CEOs came to the union to negotiate a new and more cooperative labor relations policy. The Flint workers set the pattern of resistance to unfair policies. But the spirit of solidarity that they showed, even if mostly dormant, remains alive.

Julius G. Getman is the Earl E. Sheffield Regents Chair Professor of Law at the University of Texas at Austin Law School. 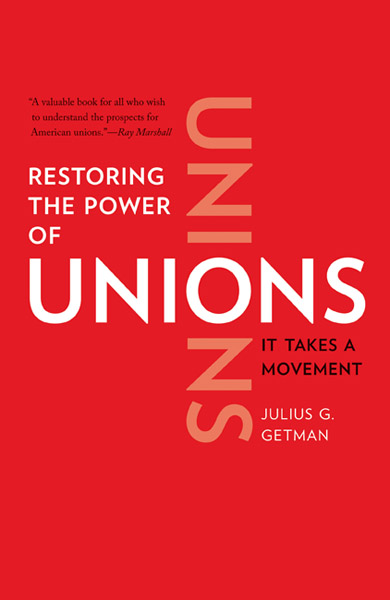