Tradition holds that on February 23, 1455, the Gutenberg Bible, the first complete book published in the West, was published in Mainz, Germany. The Bible Gutenberg produced was the Vulgate Latin version, translated beginning in the fourth century by the church father Jerome (c. 347-420), and by Gutenberg’s day long the version in common use.

Consisting of three volumes, Gutenberg’s Bible was printed in 42-line columns (it is sometimes called the “Forty-Two-Line Bible” for this reason). Printed in the city in which he was born, Gutenberg (c. 1400-68) was the first Western printer to utilize moveable type. Despite scholarly arguments regarding who deserves credit for the “invention” of Western printing, we now know that it was Gutenberg who conceived the pioneering technique of combining distinct letters. Almost certainly, he was the first European to print by deploying type cast in molds, and he was the first to use a press—a critical development in the history of the book. Gutenberg not only invented the process of production but printer’s ink as well. While it is his eponymous Bible for which he has been immortalized, there is evidence to suggest that the Bible was not the first document he printed. Indeed, it seems likely that, at the request of the famous German theologian, reformer, astronomer and, ultimately Cardinal, Nicholas of Cusa (1401-1464), he had printed indulgences as early as 1452. Unfortunately, none of these has survived.

Gutenberg’s genius revolutionized the making of books. For hundreds of years in the West, scribes had laboriously copied manuscripts on vellum or animal skin, a process that, of course, did not allow for mass production. Actually, the Chinese had been mass-producing books since the ninth century. The Buddhist Diamond Sutra, for example, was produced ca. 868 and was produced using type made of wood; later bronze type would be used in China and Korea. Yet Gutenberg, fortuitously experimenting with printing shortly after the beginning of the manufacturing of paper in Europe (also invented in China and reaching Europe via the Muslim world), invented a method for the reproduction of books that decidedly accelerated the process of production. This was the first instance in Europe of mass production, and one of the most important technological breakthroughs in history. Indeed, Gutenberg’s method of printing would be the one that would prevail until the 19th century. Yet Gutenberg surrendered nothing of the beauty or exactitude of meticulously-made manuscripts. Indeed, shortly after his Bible had been produced, Enea Silvio Piccolmini, the later Pope Pius II (r. 1405-1464), who had seen it in Frankfurt (where it was on display to be promoted), proclaimed that the lettering was so neatly done that it could be read without glasses. One is struck still today by the precision, elegance and beauty of Gutenberg’s Bible, with its double-column folio sheets, blackletter type style and the copies that were decorated.

Some forty copies (or large portions of copies) of the Gutenberg Bible survive, though we are certain that Gutenberg printed roughly four or five times that quantity (actually, we are almost certain that the exact number of copies made was 180, of which 135 were made on paper and roughly 45 on vellum). The copies quickly sold out; in fact they sold out before the printing was finished. They were purchased by buyers from great distances, including from England, in whose libraries eight copies are today preserved; two complete copies survive now in the British Library. The first copy to have been purchased in the US occurred around 1850. No copy of the Bible has been sold for almost four decades. Naturally, it is one of the most precious and pricey books in the world.

The influence of Gutenberg’s Bible on later editions (and on other books) is obvious. The sixteenth-century edition of the Vulgate commissioned by Pope Clement VIII (1536-1635), known as the Clementine Bible, reflects its influence at the moment the Council of Trent had made the Vulgate the authoritative Bible for the Catholic Church. Its influence can also be measured by the massive intellectual space it created. Because the printing of books was an economic success, books came to be produced at relatively low cost. This allowed wide swaths of the European population to engage in ideas and to participate in discussion and debate. For that reason, Gutenberg can be credited not only with a technological but an intellectual revolution. 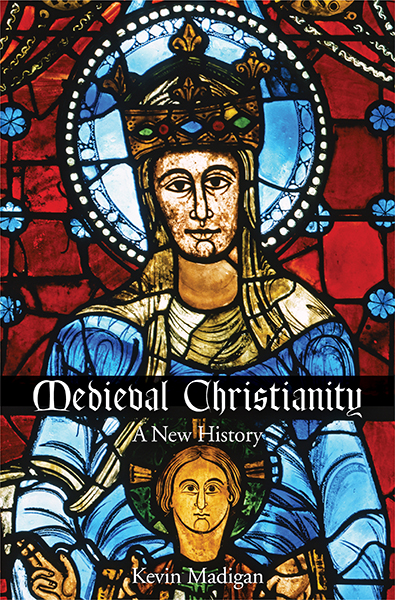