Today’s devil incarnate is the militia known as the Islamic State. So far it has done everything in its power to deserve the title. But it is only the latest in a long sequence of adversaries that were considered by the West as the embodiment of evil, never entirely without reason. It seems that in the  western consciousness there is always a slot for another Evil One. But why should IS so obligingly play the part?

At times, IS allows its prey to convert to Islam and survive in utter submission. Most of the time, it exterminates the vanquished to the last soul. This is not at all unusual for victorious armies in the grip of a “conquerors’ frenzy.” Soldiers who suddenly find themselves in complete control of a defeated population, time and again let themselves go in plunder, arson, rape, and wholesale murder. Western colonial armies were no exception when it came to such “derailment of violence.” But the public at home rarely got word of these massacres among remote and alien peoples.

IS, on the contrary, flaunts its executions and mass killings. Why be so ostentatious about them? First of all, IS has set itself a plain, military objective of regaining a territory and a position of power for the Sunni minority that has lost its privileged position after the fall of Saddam and has been marginalized ever since. As advancing armies all too often are wont to do, IS intends to terrorize its armed opponentAbram de Swaan explains what’s driving the Islamic State and how can we understand its actions and trajectory.s into flight and its defenseless civil victims into a submissive stupor. That is the “functional part” of the terrorist frenzy. But there is more to it. Murder is drama and mass murder is high drama; it must be enacted and displayed. By humiliating and ultimately destroying its enemies, IS looks loftier and mightier in its own eyes, and—so it hopes—in the eyes of a sympathetic audience. So righteous is the cause of the Islamic caliphate that it permits, nay requires IS to torture and kill for its sake. And the fact that IS can do so with impunity is felt to be proof that might is on the side of right. This, of course, is magical thinking, but that, alas, makes the argument no less potent; on the contrary.

The message from IS is not only meant to intimidate its enemies, but also to recruit sympathizers among a worldwide audience. In the global media IS assumes the role of an intrepid and almost invincible Gideon’s band, taking on the forces of western imperialism under the aegis of the USA. In this guise, IS stands up for the victims who finally fight back, at home against the oppressors of the true Sunni faith, (in one of its Salafist versions) and in the world at large against the infidels and the invaders of Islamic soil. Subtly it morphs into the victim’s role. The craven West does not fight openly, but avoids all risks, hiding in the skies and indiscriminately destroying the Muslim warriors along with the civilians on the ground, with bombs, rockets and drones. (And, admit it, the West has a blind spot when it comes to the morality of air war, which has given it so much advantage at relatively little cost).

The murderous rage that drives the soldiers of IS and so fascinates its sympathizers can only come from an overwhelming sense of failure. Their political Islam is the youngest in a sequence of radical ideologies that the Arab world embraced in the recent past. Succeeding regimes adopted left socialism, then Pan-Arabism, nationalism next, but they all remained authoritarian, if not downright tyrannical, and they all were complete failures. If it had not been for the gushing oil royalties, most  of these governments would not have lasted another day. Even now, their economies have hardly made it into the industrial age. They survive on selling out the one resource that once seemed abundant but which now threatens to dry up sooner or later. Political Islam pretends to represent a clean break with this shameful past.

The Sunni officers who lost their position with the fall of the Saddam regime converted and have made common cause with the Islamic fundamentalists. They are now in charge of the administration of the conquered areas and the military command of the SI militia. They are the avengers of a Sunni elite, robbed of its power and privilege and mortally offended by subsequent Shiite dominated regimes.

But in the background another process gradually erodes Islamic society: in the past thirty years or so, girls and young women have gone to school in quickly growing numbers. There they perform as well, if not better than the boys who now, for the first time in millennia, must compete with them on equal terms, and where it really matters: in school exams that determine access to the labor market and the marriage market. Masculine superiority is increasingly undermined by quickly growing numbers of women with rapidly improving education, even if, on the surface, they still appear to acquiesce in male domination. Fundamentalist Islam, and fundamentalist religion in general, can be mobilized with great effect to keep women in their place. IS is one of these movements displaying an obsessive urge to repress women and sexuality in every which way. Its rage against women is engendered by the profound sense of shame of  losing a supremacy that until now was considered the self-evident prerogative of every male of the species.

If indeed IS is mainly driven by shame, resentment, and rage, its murderous frenzy in the present phase of triumph will not soon abate. And once the course of war is reversed, and defeat will seem imminent, the rage will not abide. On the contrary, faced with the ultimate humiliation of loss in battle, the militants are likely to multiply their massacres, as a “triumph of the losers.” They will accelerate the extermination of infidels and heretics, because “it is us against them,” “it is now or never,” and “it is all or nothing.” Even if they must perish, the eternal enemy will go down with them. That is the mentality of the fanatic mass murderers to the very end.

Abram de Swaan is em. distinguished research professor of social science at the University of Amsterdam and Adjunct professor of Psychiatry in the Icahn School of Medicine at Mt Sinai Hospital in New York. 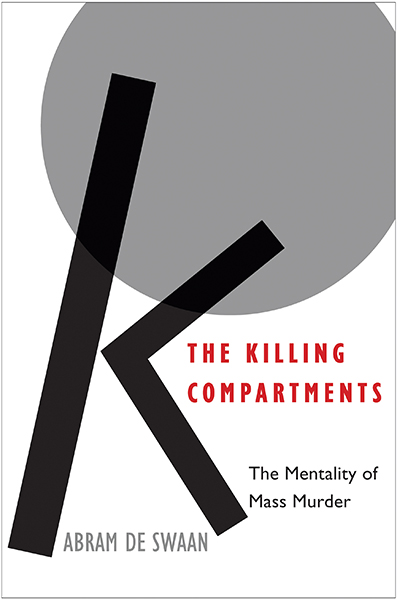