One of the best courses I’ve taken at Yale was also one of the strangest. Each Tuesday, a mix of undergrads and grad students gathered for Faith & Knowledge, the philosophy, literature, and theology seminar with mandatory Twitter use on the syllabus. We had to tweet an insight, proposition, or thesis every day, on the principle that any sufficiently engaged scholar should have at least one concise, interesting thought every twenty-four hours. We even had a class hashtag (#faithfidesglauben). In lieu of a midterm paper, the professor invited us to ventriloquize two thinkers we’d read and put them in dialogue. Epistemology became unusually dramatic. The class also met in a drafty room piled with old books, only some of them on shelves. It felt like we’d stumbled into a hermit’s personal library and scared him away.

These were idiosyncrasies, to be sure, but compared to the class discussions they were well within the bounds of normal variation. From the first class on, words like God, reason, freedom, evil, belief, communication, contradiction, and conviction became critically important but almost totally unstable. Faith seemed, in one moment, like nothing more than a method of acquiring knowledge. In the next minute, it was equally obvious that knowledge could not account for its own logical foundations and must, therefore, be a kind of faith. And if these terms were thought of as possessions—we have faith, we have knowledge—could we understand either within an economy of scarcity?

In many classes, vexed questions find at least partial answers in the work of humanity’s great thinkers. In Faith & Knowledge, the texts were as vexing as the questions. Kierkegaard outlined a possibility for relating the self to God, then undermined it, then undermined the possibility of possibility. Derrida’s corkscrewing prose seemed totally convincing as I read and totally inscrutable as I tried to critique his position. No one understood Hegel. (Or at least I didn’t. I wrote a short reading response which I was then incapable of explicating by class time. I couldn’t even understand my understanding of Hegel.)

Despite my persistent confusion, I must have picked up something as I grappled with these texts and listened to my peers. For my final paper, I left the dizzying and impenetrable Continental philosophers, and returned to the American pragmatists. I found them newly intelligible. The assumptions behind their arguments jumped out at me as they hadn’t before. I could see connections between propositions that I had previously missed. William James and Charles Sanders Peirce focused my attention on the intimate connection between belief and action, and they reminded me that questions of faith and knowledge take on a distinct flavor within an American context.

No book I’ve encountered, at Yale University Press or elsewhere, seems like a better way to explore U.S. responses to life and religion than Jeff Sharlet’s Radiant Truths. The anthology explores the juicy contradictions of living with faith and knowledge through American literary journalism from the nineteenth century to twenty-first. Sharlet’s opening meditation on “literary journalism,” as contrasted with, say, “creative nonfiction” or the “lyric essay,” showcases his sensitivity to the expansive consequences of minor distinctions. His introductions to the pieces, some of which I’ve glanced at already, are attuned to the kinds of tensions that came up in Faith & Knowledge. The book feels like a natural extension of my studies, with perhaps a little more human warmth and local color than academic philosophy tends to allow.

Radiant Truths presents the stories of people whose thoughts and actions seem unfamiliar and even strange to me. It can be tempting to judge them harshly. Indeed, the writers Sharlet anthologizes confront this tendency in themselves. But what Faith & Knowledge taught me, in addition to what Kant said about freedom, is that religion and thought and belief and doubt are profoundly strange. They resist simplification and occasionally even formulation, and there is something loosely sublime in that resistance. The people in Radiant Truths are reacting to that same strangeness, and they manage to find and make beauty and joy in a world that so often threatens to surpass understanding. That Faith & Knowledge was so strange, then, seems appropriate. Without the tweets, the mix of disciplines, the drafty room, and the punishingly abstruse texts—without the disruptions that jolted us into honest confrontations with ideas—the seminar would simply have been another class. Instead, Faith & Knowledge was strange and wonderful because faith and knowledge are strange and wonderful, and because grappling with strangeness can compel us to wonder.

Alex Blum is a senior in Yale College majoring in English and moonlighting in philosophy. 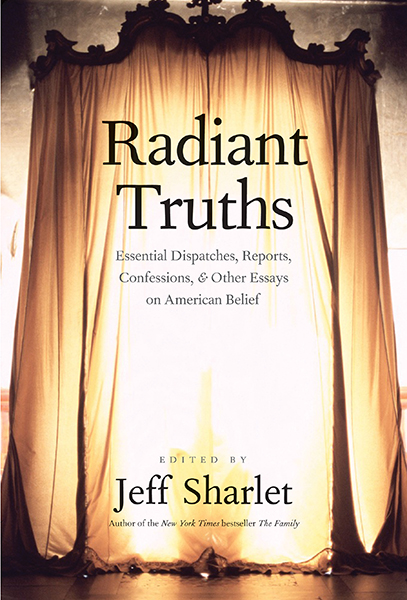