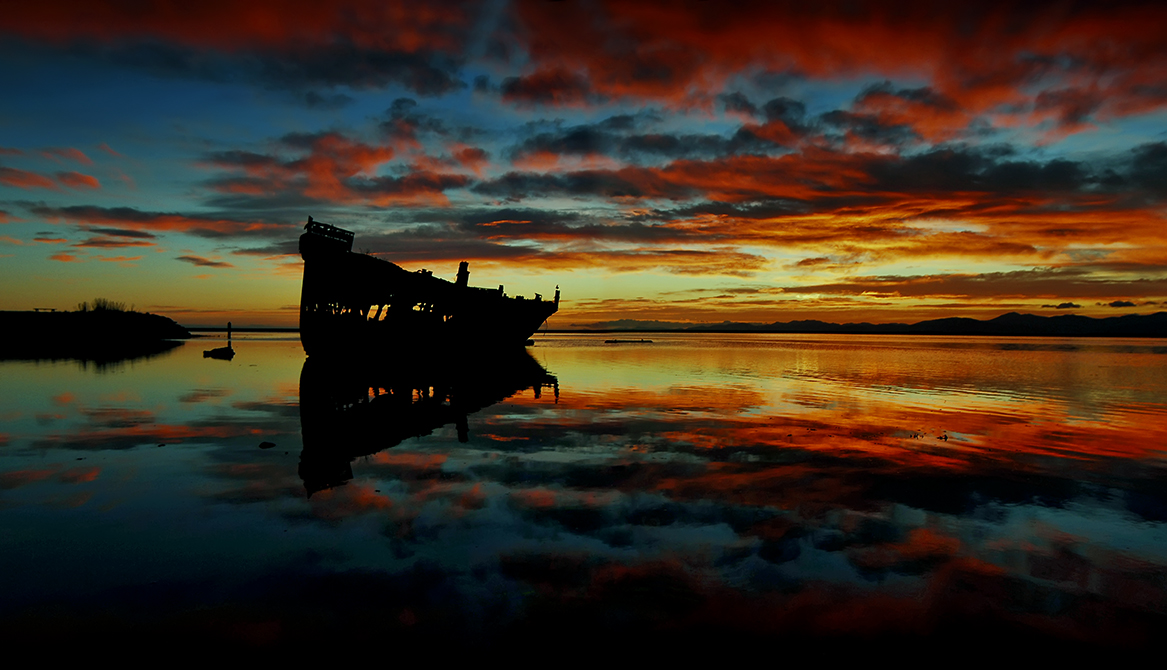 On the morning of November 14, 1830, the American crew of the Antarctic had just stopped a flotilla of war canoes from a small island off the coast of New Guinea. In the aftermath of this bloody battle, the crew took one of the islanders captive, an event that would be the catalyst for an odyssey that would change both the captive and the captain’s lives forever. In this excerpt from The Captain and “the Cannibal” by James Fairhead, we see witness the initial contact between crew and captive through each of their eyes.

In the aftermath, one man remained clinging to the Antarctic’s rudder pole. A rowboat was lowered to recover him, and the stunned islander was dragged aboard, as eventually were three canoes and some beautifully crafted spears and slingshots floating limply among the bodies. These would make good money as curiosities back home.

The crew jokingly named their captive “Sunday,” after the day of his “rescue.” Standing on the prow of the lead canoe, he had escaped the full force of the fusillade only because he had leapt onto the ship’s rudder just as the shots had exploded above his head.

Naked and “dark copper” in complexion, he had a handsome face, “African” hair, and, according to those more used to assessing slaves at market, teeth that “were very regular and sound.” The captain’s wife was impressed. Just twenty- two, she was herself strikingly beautiful, with her dark eyes, rounded face, and delicate mouth. As she eventually related in her best- selling account of the voyage, their new captive was a stout, well- made man of five feet eleven, weighing about two hundred pounds and “remarkably strong and active.” He bore himself bravely, she thought, and “No one on board our vessel possessed equal muscular power.” His powerful arms and shoulders, his chest, and his legs were all tattooed with geometric devices. His ears too were works of art. Their slit lobes hung heavily down the side of his neck, distended to accommodate delicately crafted shell earrings like the ones the oarsmen were now busy removing from the bobbing bodies. In the coming days and years, he would leave his lobes empty, hooked up over his ears to keep both them and the memories out of the way.

At this precise instant, though, the man the sailors called Sunday was simply terrified.

The creatures that had hauled him from the ship’s rudder had weird flapping skin that was oddly striped over their torsos and white down the legs, though there were recognizable feet sticking out at the bottom. As another “first contact” from the highlands of the New Guinea mainland (some three hundred miles from the island) recalled over a century later: “The face was like a human’s, but the body kept changing its skin. The skin had holes in it, which they could put things in, and then take them out again. They could put things inside their neck at the front and then take them out again.”

Precisely where these strange beings came from Sunday had no idea, but he could speculate. His geography envisaged the sky as an upturned bowl that met the horizon at the end of the world. This included the neighboring island of Naraga, a day’s paddle to the north, and other islets of his archipelago, including Garove, an equivalent distance to the northeast, as well as the shores of Bariai, known now as New Britain, a long day’s journey to the south. Through travel or hearsay, he probably also knew that the mainland of New Guinea lay to the west, though we don’t know what he called it. Farther east, his known world may have included what is today New Ireland, and to the north, the Manus (or Admiralty) Islands. But his captors certainly did not look like the real, mortal inhabitants of any of these places.

The man knew that other beings did sometimes appear from the parallel world of the dead, but they were glimpsed only occasionally—and even then usually as animals, birds, fish, or stones. These were the vuvumu; the original beings who had given rise to humankind but who since that time had lived increasingly separate from the human dimension. As a child, the man had listened in the cool calm of evening to his elders as they recounted stories about vuvumu. He had grown up knowing the wooded groves and rock outcrops where they lived, occasionally even spotting their pigs as they scuttled away disguised as common rats.

Only the most powerful vuvumu, he knew, could take on human form, but they were also the most capricious. One such was Mataluangi, who was human above the waist and a snake below. His asexual being tormented him in marriage, but secured him a potency and power over life’s nonsexual regenerative forces. It was Mataluangi who enabled yams to spring from yam cuttings, fruit from fruit trees, and long boats from short sticks. Most potently, though, it was he who provided new bodies for the dead that were suitable for the new dimension to which they were destined. Were these hideous new creatures with their humanoid heads, sheddable skins, and lack of visible penises or anuses in some way connected to Mataluangi?

James Fairhead is professor of social anthropology, University of Sussex, and author of four previous books. His latest is The Captain and “the Cannibal”: An Epic Story of Exploration, Kidnapping, and the Broadway Stage.