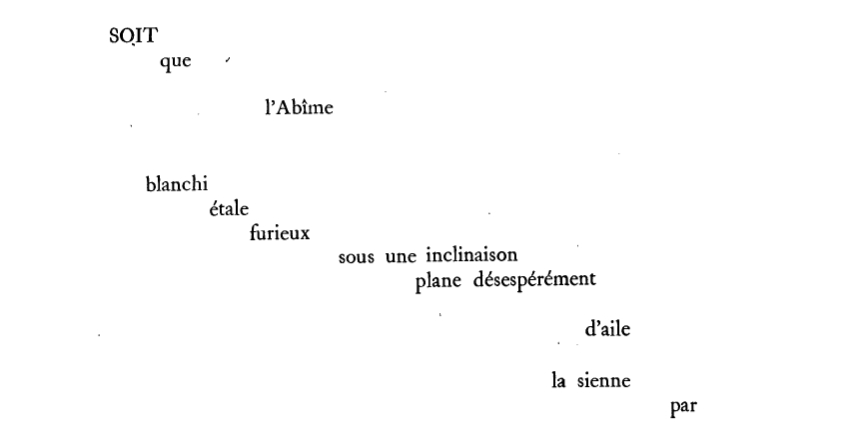 Happy birthday, Stéphane! Everything about Symbolism’s great poet makes him ours too. His strangeness, for example, while writing about the latest fashion using all those pseudonyms in La Dernière Mode: Madame de Ponty, Mademoiselle Satin, Olympia la négresse, le Chef de Bouche de chez Brabant, and IX (whoever that might be). What’s not to marvel at for anyone loving the painter Whistler as Mallarmé did, as we see the poet’s legs burned from standing in front of the heater so his beloved and witty painter could sketch him? We see in Mallarmé’s brief word portrait the painter’s “vital sarcasm exacerbated by his black costume with its white linen showing like a hiss of laughter” – Mallarmé never did not notice clothing.1

What didn’t he notice? From an old piece of furniture, with “the dimmest echo of some resounding depth,” to the filmmaker he thought most appropriate for illustrating books, from the top hat (“something somber and supernatural”) to the female bicycling gear with those legs revealed: “such a dazzle melts me, knocks me over, and pierces me.”2

His poetic inventions startled everyone. The younger and adoring poet Paul Valéry wept with emotion over the poet’s notebooks of 1897, seeing the spatial excitement of the typographically adventurous Un coup de dés n’abolira jamais le hazard/ Dice thrown will never annul chance,  spreading out in an unheard-of diversity of fonts and arrangements. “It seemed to me that I was looking at the form and pattern of a thought, placed for the first time in finite space. Here space itself truly spoke, dreamed, and gave birth to temporal forms.” Valéry, admiring the layout, reflected on the “reciprocity between the alphabet and the stars: ‘He has undertaken, I thought, finally to raise a printed page to the power of the midnight sky…I was now caught up in the very text of the silent universe’”.3

When it was first published in revue, a fragment of the Coup de dés seemed to the perceptive Camille Mauclair, “not a poem, but the show of a structure of a poem.” When it was published years later, doubled in size, it revolutionized poetic vision.  I think, said the master, as quoted by Jean-Luc Steinmetz4  that “every sentence or thought should be modeled on the object it wants to reproduce and immediately take up a little of the attitude of this object.” The shipwreck present in the text sank impressively down the page; space mattered differently, all of a sudden – and has never ceased to do so.

“Je suis hanté.” What haunted Mallarmé haunts us: the schoolchildren he hated teaching taunted him by writing “L’azur! L’azur! L’azur!  L’Azur!” on his blackboard. Now we may find ourselves looking at any sky-blue in art or life, from Yves Klein’s brilliant IKB to Robert Motherwell’s Blue Opens, as if they were tinged with that former azure. Mallarmé’s impassioned condensed singularity, his “action restrained,” remains with us in contemporary poetry, unfailing in its strange compelling – in André Breton’s own statement in the beginning of his tale of the poetic madwoman Nadja “Tell me whom you haunt and I will tell you who you are.” If Mallarmé’s blue won’t let us go, neither will the white of his frozen lake that entraps the plumes and pen of the swan/sign, the “cygne,” held forever in his White Sonnet:  “le vierge, le vivace et le bel aujourd’hui” that still entrances us holds us captive every day we try to salute so newly.

No one had ever written about anything this way, not furniture, not clothing, not the theatre or the ballet. He goes beyond with whatever he says: “the dancer is not a woman who dances … but a metaphor … she is a poem set free of any scribe’s apparatus.”5 What sticks with us more, though, is what Mallarmé doesn’t say, what he crosses out, ceases in the middle of, so that we as readers can go on, eking out whatever satisfaction we can dredge from his daring, unapologetic incompleteness:

“The satisfaction of living the impression of the day itself is often refused me, and it is in the afternoon, when the hours begin, that I suffer from this absence, but doubtless – (the stopped clock)”6  Right there, the time and the sentence halt in a stopped-shortness no other poet has managed to capture.

Valéry’s “Things Silenced” (“Choses tues”) in the first volume of his writings can be seen to correspond with Mallarmé’s unsaying and unwriting, as he crossed out every other word from his prose sentences for them not to be too understandable, like the dreaded “journalism”!

Very much along those lines, his quest for a word that would not exist is important too: what he found was the “ptyx” so that he could refer to the word as null and void – the true nullification of the already non-existent. For the nothing mattered greatly to Mallarmé. In the extraordinary “Allegorical Sonnet of Himself,” the poet sets on a cabinet in the dark of the drawing room “nul ptyx/insolite vaisseau d’inanité sonore” and says to his friends that he hopes the word doesn’t exist, “so I can have the charm of creating it through the magic of my rhyme.”7 What he creates is precisely what he is going to abolish: this is the true spirit of Mallarmé, incarnate in the absence of the thing he hoped to – and did – create.

Mary Ann Caws is Distinguished Professor of English, French, and Comparative Literature at the Graduate School, City University of New York. She is the editor of The Yale Anthology of Twentieth-Century French Poetry. 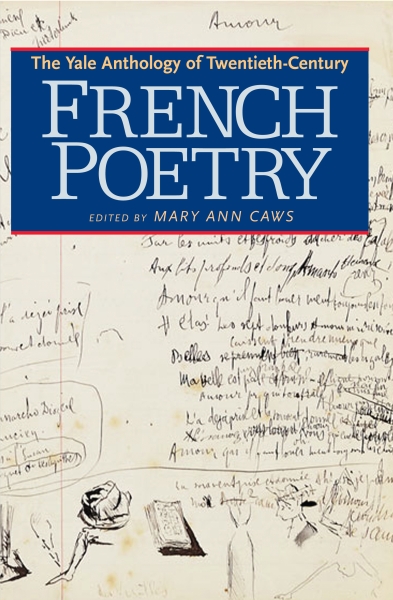