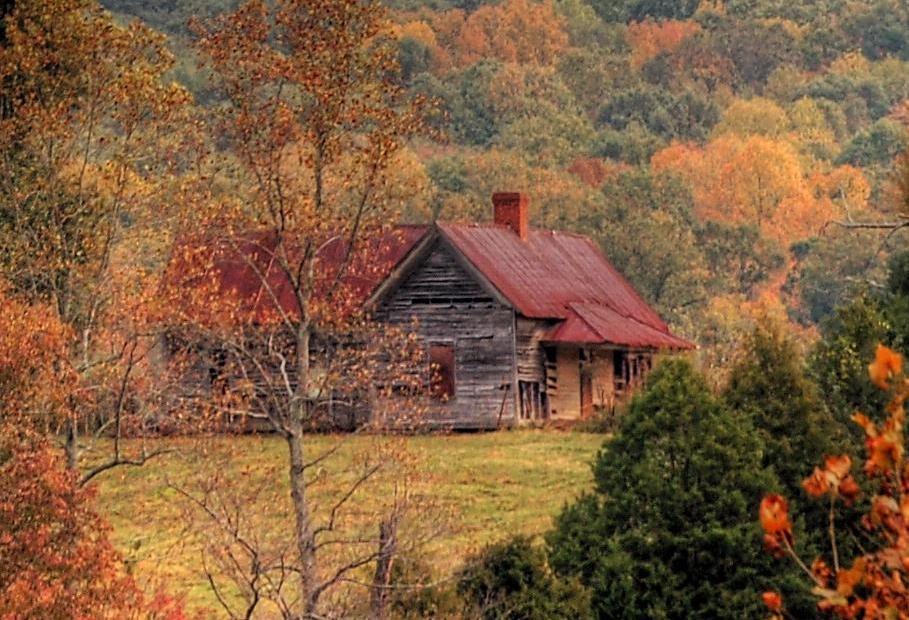 Poverty alleviation has always been politically charged in the United States. Are the poor trapped by their own bad choices—dropping out of school, having children young and out of wedlock, getting in trouble with the law? “Cultural” failings? Or is it the paucity of good jobs and good schools—”structural” and institutional conditions? My rural study, like research on concentrated urban poverty, shows how behavior and opportunity are intertwined. But in rural places we also see the role local power and politics play in maintaining the structural conditions that underlie self-defeating behavior.

Nobel economist Amartya Sen argues that the poor are deprived of the capability to be educated and healthy, to live creative lives. The word “deprived” emphasizes the political dimension of poverty. People may make bad decisions, but they do not choose to be poor. Policies and institutions fail them, and so they are deprived of opportunity to leave poverty behind and live a good life.

This political dimension is clear in poor rural communities where the haves and have-nots live worlds apart, and a few powerful families control jobs and politics. The have-nots attend chaotic schools that serve as a source of patronage jobs for the haves. An African American leader in the rural South explained, “We were locked out of everything. . . . On an education level, we were deprived.” Everyone can name the families “who run things” and identify their henchmen. In rural communities, those doing the depriving have names and faces.

Interestingly, progressive leaders in both Appalachia and the Delta say the “mindsets” of the poor prevent upward mobility and community change. “Mindset” would seem to affirm the culture of poverty idea that people have accepted poverty and do not aspire for more. But these leaders know a disconnected young man’s discouragement about getting ahead is not just a way of thinking. It is based on real experience in a community where scarce jobs are allocated to political supporters from the so-called “good families.” Challenging the political elite can mean you will never flip a hamburger in this county again.

He did the fields and everything, and he was kept in debt, and his mindset had gotten to the point, ‘this is all I can do.’ He didn’t have a high school diploma. He didn’t have anyone around to say, ‘You can do something different.’

A Delta leader connected the experience of white farmers’ power to blacks’ mindsets.

They think they are inferior, you know? It’s just so depressed in these black neighborhoods, not having jobs so long and having to depend on welfare and food stamps and not being able to be sufficient on your own . . . our men have taken a backseat . . . so I would say the influence of the white community on our people, we’re trying to change that mindset.

He was organizing politically, and also trying to empower black men and engage black youth.

Johnny Bledsoe, a state legislator from Appalachian coal country, championed education reform and regulation of strip mining for 14 years. But he was defeated when the school board leaders and coal operators warned people not to vote for him. Johnny observed, “It’s a mindset. It’s a mindset. It’s . . . folks who’ve been outta work for years [who] will still get that signal from the operators, you know, that’s what you have to do. You have to go this way.” The janitors, kitchen help, teachers and out-of-work miners who did not vote for Johnny knew people who had been blackballed when they crossed those in control.

Activists in both regions say until there is economic change there will not be political change. Bledsoe said, “Until we diversify coal, it is not going to change . . . politics and economics are joined at the hip here.” Michael Long, a Delta organizer, explained, “A political base without an economic base is no good to you. . . . You got to be able to give the people something to pull them away from the power structure.”

Development expert Albert Hirschman says people have three choices—”exit, loyalty, or voice.” Out-migrants (our middle class, some say) chose “exit” to find opportunity elsewhere. Those who go along and accept the status quo choose “loyalty,” either because they benefit or because they want to stay near family.

Those who use their “voice” for change choose political activism, and it comes with risk. An African American organizer in the Delta recalled: “The hardest part of my life was when I couldn’t get work day by day. . . . If people only knew what you had to do to survive. . . . The people didn’t know we were that bad off, but we were.” Another observed, “It was dangerous to do.” Twenty years later the young people touched by their work are more likely to be participating in work and the community today. But it took real courage and sacrifice.

Historically, coal operators and plantation owners deliberately kept workers from participating in civic life or getting educated, fearing unions in Appalachia and civil rights organizing in the rural South. Over time, the haves looked out for their own families, distanced themselves from the have-nots, and neglected institutions that served the poor. The legacy of that deprivation lives on today, not only in the regions’ underperforming schools and high poverty, but also in people’s mindsets about their ability to get ahead or oppose the self-interested politics of the local elite. In chronically poor rural communities social mobility and community change are stymied by both structure and by culture, reinforced by corrupt local politics.

Cynthia M. Duncan is founding director of the Carsey Institute for Families and Communities at the University of New Hampshire and research director at AGree, an initiative bringing together diverse interests to transform food and agricultural policy in the United States. 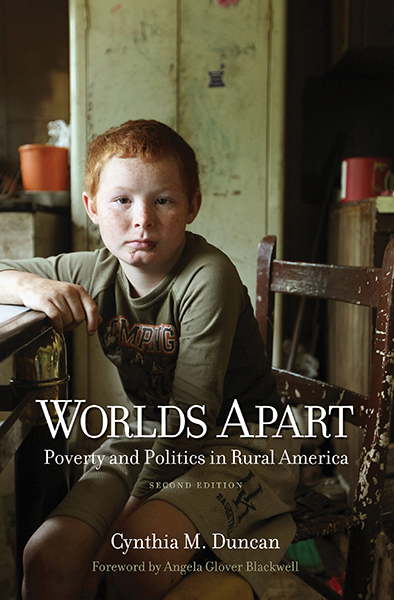