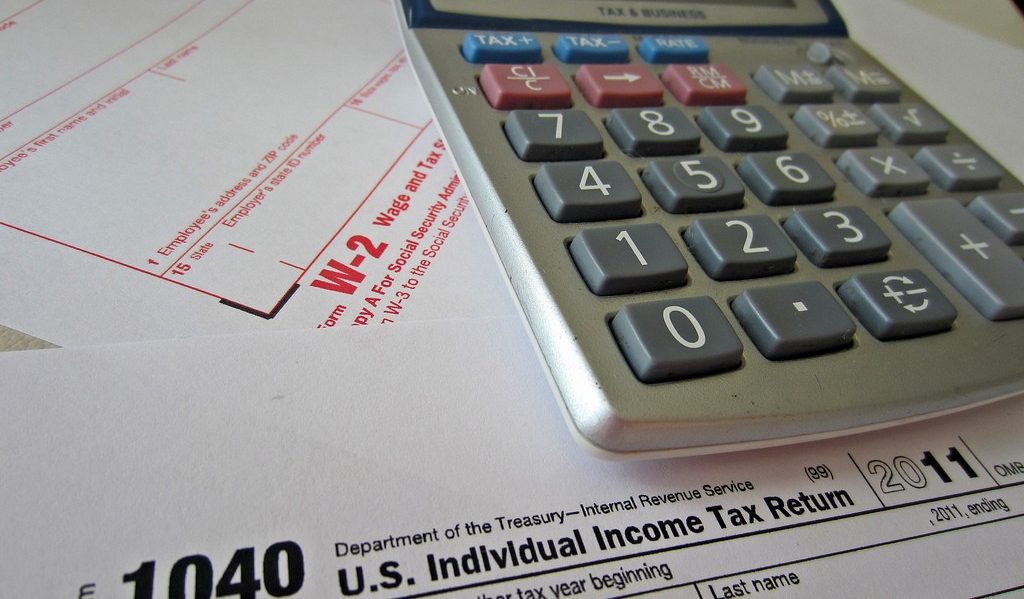 Tax Forms and Calculator courtesy of 401kcalculator.org via flickr

Our nation’s tax system is badly broken. Everyone knows that. The income tax law inflicts huge distortions on our economy. The only area of the economy where the tax system creates jobs is in tax planning, tax controversies, and tax compliance. Daunting income tax complexities confront taxpayers at every income level. They sow confusion and create the perception that those who can afford clever advisers escape paying their fair share of taxes. Front page stories throughout the country confirm that the IRS is unable even to answer taxpayers’ simplest questions. All of this, in turn, erodes the goodwill and honesty crucial to the system’s functioning, making it ever more vulnerable to tax avoidance and evasion.

In Congress, everyone talks about the need for major tax reform. After all, it has been nearly thirty years since the income tax got a good cleansing, and the 1986 Tax Reform soon unraveled. Last year, House Ways and Means Chairman Dave Camp (R. MI) unveiled a massive tax reform proposal—an effort to reprise the 1986 reform by broadening both the corporate and individual tax bases and lowering their rates. Unlike the 1980s, however, this time there was no obvious target like widespread tax shelters, to help finance rate reductions. So Chairman Camp had to attack income tax’s sacred cows—things like itemized deductions for home mortgage interest, state and local taxes, and charitable contributions, as well as exclusions from income of employer-provided health insurance and state and local bond interest. Even so, rather than the twenty-two-point reduction in the top marginal rate—from 50 percent to 28 percent—that Ronald Reagan accomplished, Congressman Camp was able to move the top rate from about 40 percent to 35 percent. This spotlighted the limited gains from income tax reform. After Republicans and Democrats all kept a safe distance from Camp’s plan, he retired from Congress and moved to the private sector, passing the torch to former vice-presidential candidate Paul Ryan, who now heads the House tax-writing committee. In the Senate, the new Republican chairman of the Finance Committee, Utah’s Orrin Hatch, has created task forces to work on tax reform and insists he can get it done. Talk about tax reform abounds. But how can anyone remain optimistic about fixing our nation’s tax system without radical surgery?

Although an income tax helped finance the Civil War, it did not become permanent until World War I. From the end of the Civil War until 1913, when the Sixteenth Amendment was ratified, the Federal government raised its revenue almost exclusively from tariffs on imported goods and assorted excise taxes. Tariffs and excise taxes, however, raised the costs of goods for everyone, while large fortunes accumulating in real estate, corporate stock, and other investments were left untaxed. The extraordinary public support necessary to amend the Constitution and impose an income tax arose to fund a reduction in tariffs and to balance the taxes on consumption with a tax more closely linked to people’s ability to pay.

The income tax was expected to contribute only a small portion of ordinary government revenues and to supplement other revenue sources in times of emergency. It was not supposed to play the central role in financing the Federal government that it does today. Until World War II the tax law shielded most Americans from having to pay. From 1918 until 1939, only about five percent of the population filed taxable income returns. Even after the economic shocks of the Great Depression and the creation and expansion of the New Deal the reach of the income tax remained extremely limited. True to its original conception, it was a low-rate tax on a relatively small group of higher-income Americans—until World War II.

Where We Are Now

Our nation’s basic tax structure has remained fundamentally unchanged since. In the decades following World War II, the United States essentially had all the money there was. Even a horrid tax system with income tax rates up to 91 percent could not stall our nation’s economic progress. From 1946–73, when OPEC quadrupled the price of oil, the economy grew by an average of 3.8 percent per year, and unemployment averaged 4.5 percent. Since then, however, the economy has grown more slowly, and middle-class wages have stagnated. Our nation’s workers today face stiff worldwide competition for jobs and wages.

Given the internationalization of economic activity during the past 25 years and the increased competition from abroad, we need to attract capital to create better conditions for American workers and businesses, goals which the current tax system stifles. Our competitors’ tax systems are dramatically different from ours. They have not stuck with their archaic World War II era tax systems.

The United States is a relatively low-tax country, but not with respect to income taxes. With total Federal, state, and local taxes at about 25 percent of our total economic output, the United States enjoys considerably lower taxes than the average (36 percent of GDP) of the thirty countries of the Organization for Economic Cooperation and Development (OECD). Our income-tax level is comparable, however. We typically collect about 12 percent of GDP in corporate and individual income taxes, while the OECD nations average about 13 percent. The biggest difference is that most other nations rely much more heavily on consumption taxes than we do: 11 percent of GDP in the OECD compared to about 5 percent in the United States. Indeed, we are the only OECD nation that does not impose a national level tax on sales of goods and services.

Where Do We Go from Here?

The United States hobbles itself in today’s international economy by continuing to rely so heavily on income taxation. The truth is that we need a tax reform that is considerably bolder than either Congress or the president is now contemplating. We need to rebalance our federal tax system to take advantage of our status as a low-tax country by relying less rely less heavily on income taxation. To create a simple, internationally competitive and viable long-term solution to our fiscal requirements, we should return the income tax to its original purpose: the collection of a simpler tax on high-income earners who tend to have multiple income sources. In order to do that, we need to tax consumption—that is, sales of goods and services. By enacting a broad-based tax on sales of goods and services now used by more than 150 countries worldwide, we could use the revenues to finance an income-tax exemption of $100,000 of family income and to lower substantially the individual income-tax rate on income above that amount—freeing over 150 million Americans from ever having to deal with the IRS. Through payroll-tax cuts and debit cards to be used at checkout counters, we can protect low- and middle-income families from any tax increase.

With this kind of reform, most Americans would owe no tax on their savings and all Americans would face lower taxes on savings and investments. The United States would become a much more favorable place for economic growth, without shifting the burden down the income scale. A low corporate tax rate would solve the problems caused by international tax planning by multinational corporations and the current competition for corporate investments among nations. Rather than trying to leave, companies would want their headquarters to be located in the U.S. By taxing imports and exempting exports, this system would yield hundreds of billions of dollars for the U.S. Treasury in the decade ahead from sales of products produced abroad— $600 to $700 billion at current trade levels.

By returning the income tax to its pre-World War II role as a relatively small tax on a thin slice of high income Americans, there would be no temptation for Congress to use tax breaks as if they are solutions to America’s social and economic problems. We have tried that, and it doesn’t work. And for the vast majority of Americans, April 15 would just be another spring day. They would never have to deal with the IRS again.

Michael J. Graetz is a Professor of Law at Columbia University Law School. He is the author of 100 Million Unnecessary Returns: A Simple, Fair, and Competitive Tax Plan for the United States. 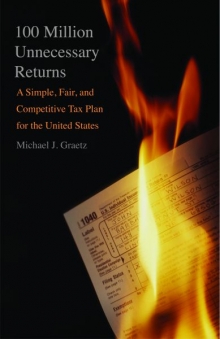 Featured Image: Tax Forms and Calculator by 401kcalculator.org via Flickr under a Creative Commons license