Earth Day is one of those great occasions when lots of people with goodwill and concern vent their frustrations at the destruction of our natural environment. They are right to do so, but they are wrong to expect much to happen. It is mostly a dialogue between like-minded people—the converted. What is missing is a narrative to convert the rest, and without that, not much will happen.

To date the campaigns have been all about “sustainability” and “sustainable development.” The trouble with this approach is that although such an all-embracing idea gets all the green NGOs into the same camp, it does not lead us very far. Instead what is needed is something much more robust—a tough and hardheaded economic approach. Economics is all about how to allocate scarce resources, and resources do not come much scarcer than the natural environment.

The central organizing concept should be natural capital. Natural capital comprises all the assets nature gives us for free—the non-renewables like minerals, oil and gas, which can only be used once; and the renewables which nature keeps on giving us for ever unless we deplete them too much. These natural assets are at the core of any economy, and our economies are all about the ways we combine these assets with technology, human and man-made capital. That is what makes our world tick.

Here is a revolutionary idea for Earth Day. Why not put these natural capital assets at the heart of the campaigns? Why not demand that future generations are compensated for the depletion of non-renewables by a nature fund for restoring renewable natural capital—focused on those renewables that are in danger of falling below the thresholds of natural replenishment? The rallying cry would then be: lets make sure that the aggregate total of natural capital—renewables and non-renewables—does not decline anymore, and then plan to expand these assets?

What follows is very demanding. In order to meet this rule, national accounts need balance sheets, identifying the natural asset base, so that enough money can be set aside for the capital maintenance of these assets. That in turn means the national budget deficits would be net—not gross as they are at the moment—of maintaining our natural assets. And here is the unpalatable truth that follows: it would mean that the deficits are bigger, expenditure cuts would have to be greater, and our living standards would have to go down until consumption is at a level that can be sustained against constant or rising natural capital.

This is not an easy message to sell. Much easier is the misguided “opposition to cuts,” and “anti-austerity” slogans. But the truth is that we cannot increase the world’s population to perhaps 10 billion, and at current GDP-measured economic growth multiply the world’s economy by around 16 times before 2100 based on current consumption levels. However great the technological advances which make some growth possible, conventionally measured GDP growth simply is not sustainable. Therefore—and here comes the harsh reality—it will not be sustained. It is not hard to see why: if carbon emissions keep growing, temperatures are likely to rise more than 2 degrees centigrade; and if the destruction of the world’s great biodiversity reservoirs carries on, then perhaps half of all species on the planet might be gone before 2100. That is not a sustainable economy.

The neat thing about the natural capital approach is that it tells us what to do—right now. It requires the sorts of detail that campaigners usually shirk away from—accounting, balance sheets, thresholds, safe limits, cost-benefit analysis, wealth and nature funds, pollution taxes and compensation for damages. Yet these are the things that matter. They may be less exciting than waving a banner in the streets, but this is probably the only way of stopping the rot, and building a better, restored natural environment.

Dieter Helm is Fellow in Economics, New College, Oxford. He is also Professor of Energy Policy and Professorial Research Fellow, Smith School of Enterprise and the Environment, University of Oxford. His previous books include The Carbon Crunch and Nature in the Balance. 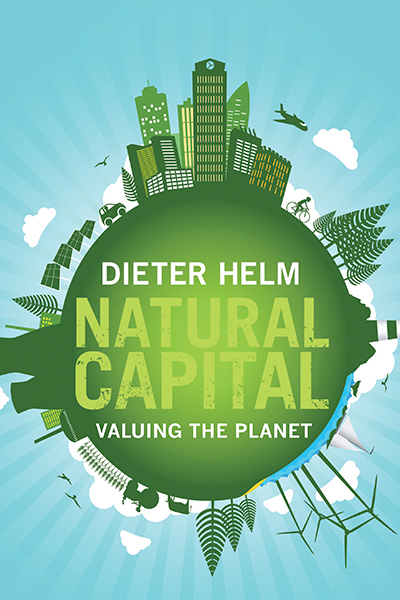