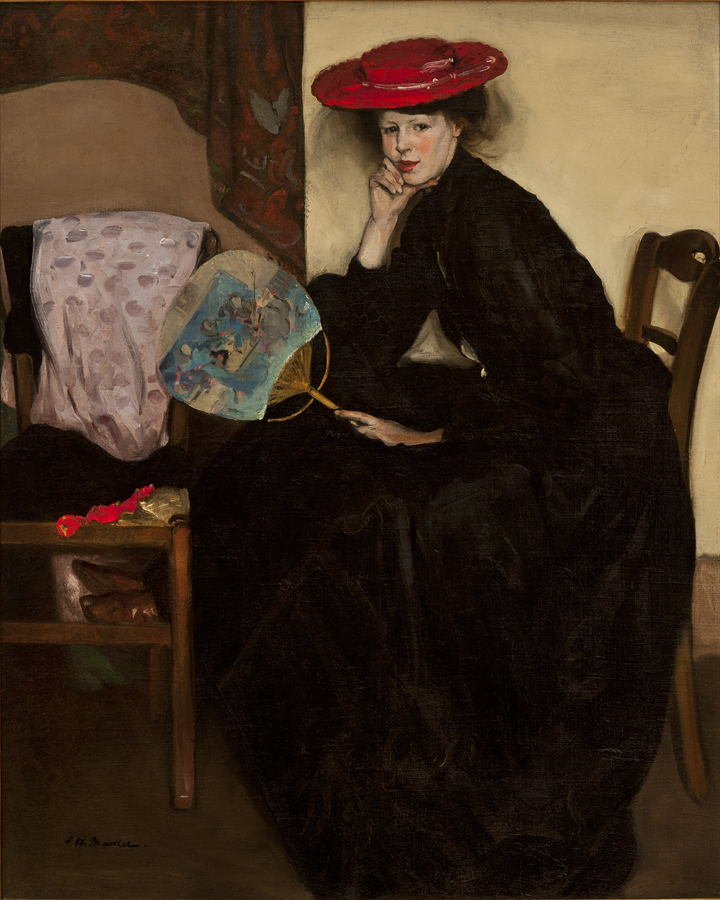 Alfred Maurer, who would turn 147 today, was an American modernist painter. He is sometimes referred to as the first American Modernist, though his early years as an artist seem to belie this description. His early work, which attracted widespread, positive critical attention, was compared to the paintings of John Singer Sargent, James McNeill Whistler, and William Merritt Chase.

In 1901, an oil painting of Maurer’s titled “An Arrangement” won first prize at the Carnegie International Exhibition, for which the jurors included Thomas Eakins and Winslow Homer.  Maurer was established as one of the most accomplished late nineteenth-century American figurative artists. The professional trajectory mapped by these early paintings and ack 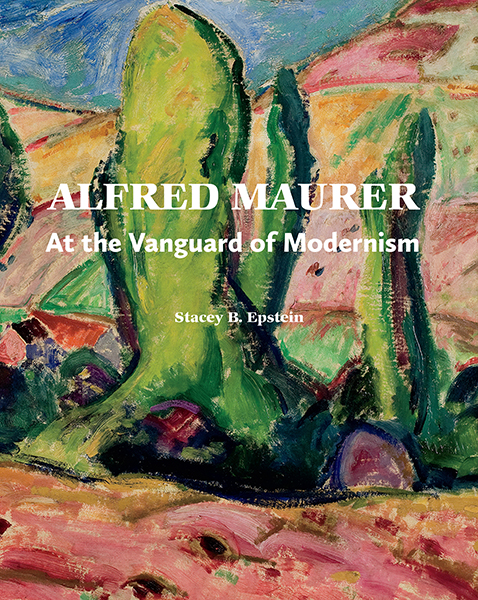 nowledgements experienced an apparently dramatic change in direction during the years that Maurer spent in Paris in his mid-30s. Alfred Maurer: At the Vanguard of Modernism, a new book and exhibition that covers all phases of Maurer’s artistic career, however, offers a new interpretation of this shift. “While Maurer is often characterized as a painter of divergent, seemingly contradictory aesthetics, this careful study of his oeuvre reveals steady interest in thematic ideas, as well as formal experimentation with color, form, and abstraction,” says Susan Faxon, Associate Director and Curator of Art Before 1950 at the Addison Gallery of American Art, where Alfred Maurer: At the Vanguard of Modernism opens this weekend.

In Europe, Maurer befriended Gertrude and Leo Stein, and became attracted to the avant-garde scene.  He saw, and was deeply influenced by, Matisse’s Fauvist paintings at the Salon d’Automne in 1905.  Landscapes were central to Maurer’s own ensuing Fauve oeuvre, and in the words of Stacey B. Epstein, renowned Maurer scholar, co-curator with Susan Faxon of this exhibition, and author of the accompanying book, these landscape paintings often “simply distilled nature”.

Maurer’s embrace of the Fauvists’ abstraction and wild use of color resulted in later works which received a muted reception from the American art world to which he returned at the beginning of WWI; France, and the rest of Europe, were quicker to applaud the more avant-garde modernist works. Today, however, Maurer’s full oeuvre is widely lauded as an invaluable contribution to American art in the early twentieth century.

The exhibition Alfred Maurer: At the Vanguard of Modernism opens this weekend at the Addison Gallery of American Art, and will be on view there through July 31st.  The exhibition will then travel to Crystal Bridges Museum of American Art in Bentonville, Arkansas, where it will be on view October 10, 2015–January 4, 2016. The accompanying catalogue, by Stacey B. Epstein, is beautifully illustrated and elegantly underscores Maurer’s crucial role in shaping the development of modernism in America.