This Father’s Day, Vice President Joe Biden will doubtless endure the fresh pain of having so recently buried his son, Beau Biden. The nation mourned with him, all the more so when reminded that this was not the first time he faced the grievous burden of attending a child’s funeral. The week before Christmas, 1972, his one-year-old daughter, Naomi, died in the car accident that also claimed the life of his wife and left their two sons hospitalized. Biden raised the boys for several years as a single father while commuting to his job as a U.S. Senator. The national news media covered Beau Biden’s funeral, including live video feeds running on the cable news channels, and President Obama delivered a eulogy. The rarity of such an event threw our compassion for the family’s grief into high relief.  But taking a long view of American history, the tragedies that befell Joe Biden’s family—the deaths of two children and of a young mother—were not nearly as rare as we might think.

Thankfully, most fathers in modern America won’t know experientially the loss that Vice President Biden bears. But for most of America’s history, that was not the case. Thanks to scientific and medical improvements in the twentieth century—including vaccines, penicillin and sulfa drugs, public health campaigns, and innovations in sewage disposal and clean water initiatives—far more children stay healthy and alive than in earlier eras and adults live much longer. In the eighteenth and early nineteenth centuries, burying a child was not at all uncommon, and children routinely grew up having lost a parent to death.

The creation of Father’s Day was itself born of family loss. The first Father’s Day celebration was held in Spokane, Washington, in 1910. The idea came to Sonora Smart Dodd as she was attending a Mother’s Day sermon at a local Methodist Episcopal church. Sonora lost her mother when she was just a girl, and her father, a Civil War veteran, raised her and her five siblings as a single father. She thought that he and America’s fathers generally deserved the same public displays of love and gratitude as mothers were receiving.

A close look into the family lives of some of the most politically prominent men in America’s early history reveals surprising and hurtful patterns. George Washington, Thomas Jefferson, and Alexander Hamilton all grew up without their fathers: Washington and Jefferson’s fathers died and Hamilton was born out of wedlock. (John Adams derided him as “a bastard brat of a Scotch pedlar.”) The loss and grief continued, over the life course and over the decades.

George Washington fathered no children of his own, but his stepson, Jack Custis, died in November 1781, just two weeks after British general Lord Cornwallis surrendered at Yorktown, bringing the Revolutionary War toward a close and ensuring American Independence. Martha Washington had already lost three children, two as toddlers before she married George and a teenage daughter, Patsy, who died of a seizure in 1773.

Washington’s neighbor and friend, George Mason, designed the Virginia Declaration of Rights, which served as a model for the Declaration of Independence, and he drafted the first constitution for any of the breakaway states. During the Revolution he did most of his work at his estate, Gunston Hall, in a room that doubled as a study and family room because he was the widowed single father of nine children. He didn’t like to leave home for too long because, he said, of “the duty I owe to a poor little helpless family of orphans to whom I now must act the part of father and mother both.”

Henry Clay, a dominant figure in mid-nineteenth-century politics and among the greatest legislators in all of U.S. history, fathered eleven children. He and his wife Lucretia buried all six of their daughters as well as his namesake, Henry Jr. Their son was killed in the Mexican War. Some of their girls died as toddlers, others in early childhood and adolescence. The longest-lived, Anne, was just twenty-eight.

Abraham Lincoln had four sons, but only two outlived him. Eddie died just shy of his fourth birthday, in 1850. Willie was eleven when he died in 1862, probably from contaminated water he drank at the White House and just four days after a major United States victory in the Civil War, at Fort Donelson, in Tennessee. The President and First Lady were, understandably, shaken to the core. One witness to Willie’s passing said of President Lincoln: “His grief unnerved him, and made him a weak, passive child. I did not dream that his rugged nature could be so moved.”

These tragic stories were, sadly, not unusual. Rather these glimpses into the domestic lives of powerful men illuminate widespread patterns about fathers and children in early U.S. history: of love and loss, of tribulation and resilience.

It is a luxury of the twenty-first century that for most fathers, Sunday, June 21 will be a day of only happiness and celebration. But not all. Some, like Joe Biden, share a terrible kinship with the past. Sonora Smart Dodd recognized, and we should remember, that part of Father’s Day, too. 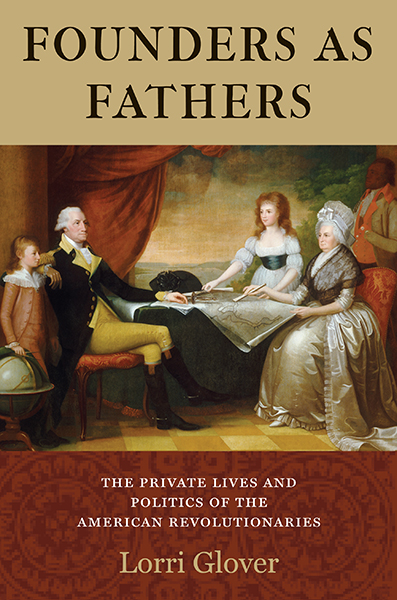