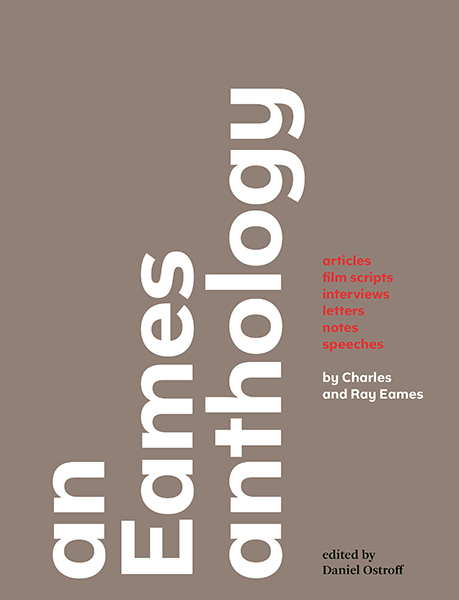 Welcome to part 2 of our 2-part interview with Daniel Ostroff, editor of An Eames Anthology: Articles, Film Scripts, Interviews, Letters, Notes, and Speeches – a book that Interiors magazine has called, “a remarkable compendium of sharp critical thinking about all aspects of the designed world.”  Part 2 is devoted to an exploration of Charles and Ray Eames as teachers, and the pedagogical dimension to all of their work. (Click here to read part 1 of the interview.)

Ivy Sanders Schneider: Charles and Ray Eames were not only designers, but educators as well. Would you give us insight into their teachings and illustrate some examples of their pedagogical outlook?

Daniel Ostroff: When reviewing the Eames archives I noted how much time and attention Charles and Ray spent on teaching and on devising new and better ways of getting ideas across.  In addition, they spent a lot of time communicating with both students and with teachers.  I think this book will prove useful to both students and educators.

Educational texts in this book include the transcripts of the lectures that Charles and Ray Eames gave to the first year architecture students at UC Berkeley in 1953 and 1954.

There are two letters that Charles wrote to his former teachers at the Washington University School of Architecture, with regard to how architecture might be taught.

In a private letter to educator Harold Cohen, Charles outlines the criteria for selecting students to intern at the Eames Office, and how the Eames Office offered such interns the best kind of learning experience: “the freedom to make mistakes.”  This reflects an idea that Charles expands upon in a speech to the Smithsonian (included in the book), where Charles notes the value of a “found education.”

Charles addresses arts education in public schools in a 1954 interview.  This is one of the last texts we added to the book, and I vividly remember Yale editor Heidi Downey noting that we had to make room for it in this book, because every art teacher working today would embrace Charles’s ideas.

There are many more such educational texts, including the complete MIT Report, Charles’ response to a brief to help that science-oriented institution achieve its broader educational goals.

A mother wrote to Charles asking for advice on the kind of education her son needed for a career in design, and Charles replied with great care.  Here is an excerpt from that letter:

There are certain things, however, that he can only get in school. Physics is perhaps on the top of the list, then mathematics – especially the geometrics, English literature and composition, then at least one foreign language – French, German, or Russian. If he does take any art courses, they should be in history and appreciation. He can paint if he wants to, but there is no point in wasting good school time doing it. Parallel to this education, he can develop the tools of his craft if he wants to. After this education, he can go to a design school and learn something about the specialties.

ISS: Can you talk about this book as an educational and reference tool – what sort of students do you hope will access it? What kind of curriculum do you think it could enhance?

DO: Everyone can learn something from this book.  Certainly architects, graphic designers, product designers, filmmakers and museum curators can benefit.  Charles and Ray’s accomplishments are advertisements for the universal applicability of their process, their approach: in film, in museum exhibitions, in furniture, in architecture, in graphic design.  Charles and Ray made the first “infomercials” and, for their client IBM, produced many worthwhile exhibitions that could be seen as a precursor to today’s “native advertising.”  Executives in advertising and marketing will find inspiration in this book.

Charles and Ray didn’t limit the applicability of their ideas to any one discipline, and nor should we. The U.S. Postal Service needed 16 stamps to honor the variety of their achievement. 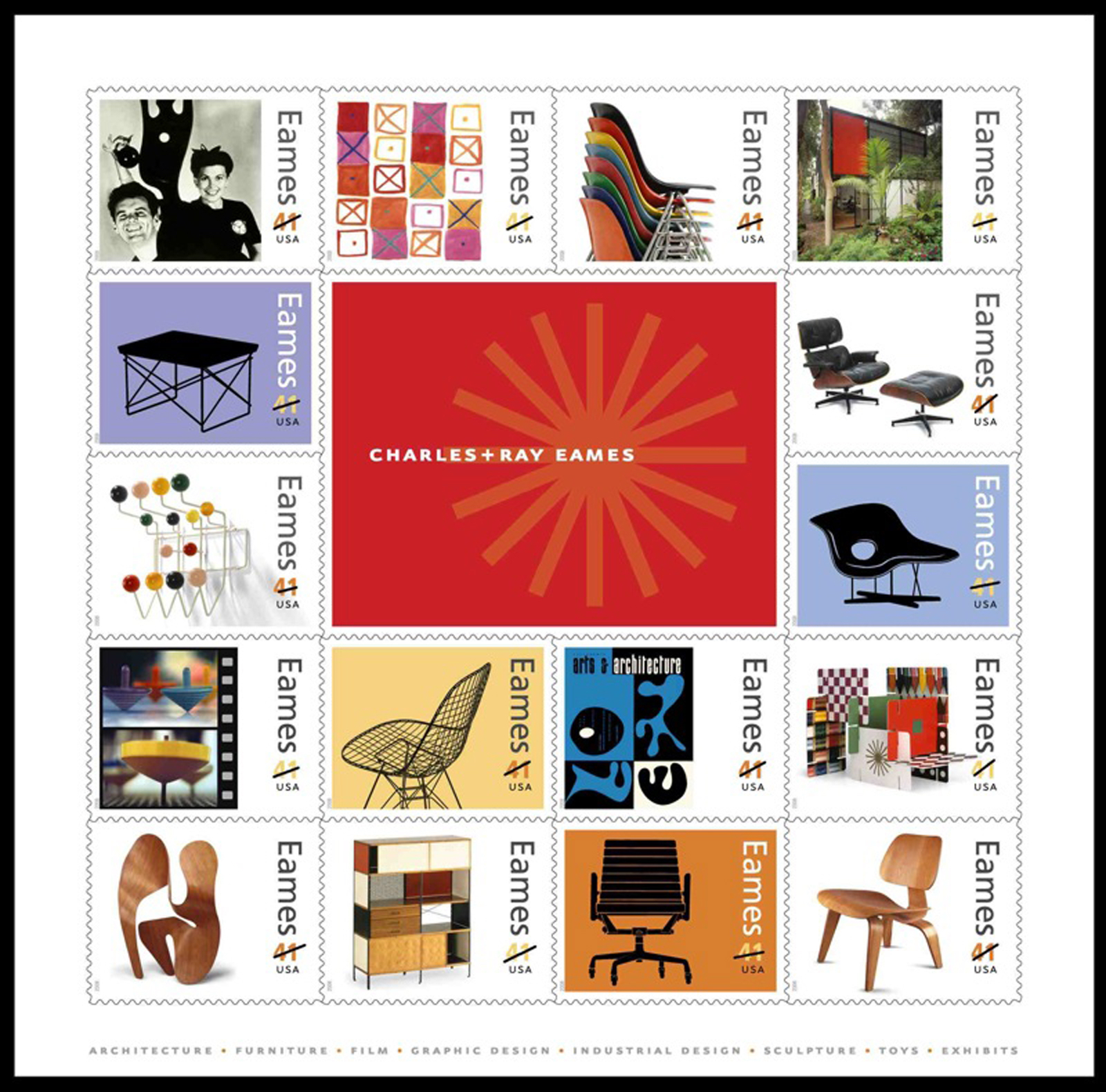 I showed a recent high school graduate a copy of this book and she zeroed in one quote on this handwritten page by Charles. “To know so well what you want to accomplish that there is no pressure to be original—this is a desirable state whether one is designing a toy or writing a play or building a chair.” She took a photo of it with her smart phone and posted it on Instagram.

And for all, there’s this Charles Eames statement:  “I don’t believe in the gifted few, only in people working away at something they enjoy, and they eventually find a way to get good at it.  The American education system doesn’t tell students that.”

Even diplomats can learn something from this book.  Charles shared advice that he gleaned from their intensive study of Benjamin Franklin’s ideas with the U.S. team who were negotiating a ceasefire agreement with the Vietnamese government.

I realized the other day when talking with a young architect who was made anxious by his first assignment to design a high school, that the Eames texts even address such a task.  Charles wrote a memo to his friends at Immaculate Heart in Los Angeles with considerations about the architecture of their proposed new campus.

ISS: Can you talk about the way the structure of the book adds to its didacticism?

DO: Over time, Charles and Ray worked on such a great variety of projects; in the book, texts are presented chronologically. In 1977, Charles told a group at the Smithsonian Institution, “Most any time I’m asked to talk about a general subject, I find I can only go through with it if I can relate it in some way with actual current work that’s going on in our office.” The chronological presentation of their texts provides a useful guide to their work and allows for the widest possible range of subjects. Charles observed that regardless of the product, “the process is always the same.” Here you get the specifics of how this same process applied to a variety of creative problem-solving tasks.

The chronological arrangement allows for interesting cross connections between documents that have nothing in common but time, and allows for an easy exploration of many aspects of the Eames’ legacy.

The book is meant to be a good reading experience, and book designer Mark Thomson worked carefully on that aspect of it, with his choices of typeface, and layout.  There are illustrations, because Charles and Ray used illustrations with their texts, and we place those as close as possible to the text in which the illustrations are referenced. In addition, we put the bibliographic information on each page, so you can immediately find out the context of the text you are reading.

I believe it is also fun for the reader to experience short personal texts interspersed with long public speeches, and to see several pages in Charles and Ray’s handwriting.  After all, these are the designers who noted, “Who said pleasure isn’t useful?”