In recent years, high-tech industry CEOs have become increasingly vocal about their desire for immigration reform. Most of them argue that they cannot find enough native workers with the right skill set for the jobs their companies have to offer, so they want to see changes in immigration policies that would allow more skilled workers from overseas to join the US workforce.

Most Americans probably think of Silicon Valley as the center for such concerns, but the same complaints come from CEOs in other parts of the country. So, for example, also out of Huntsville, Alabama, which has become one of the nation’s emerging high tech hubs in recent years.

This may surprise some readers, especially considering that only sixty-five years ago Huntsville was a small cotton mill town, barely known outside of the region, with a population of 16,437 that prided itself in being the “watercress capital of the world.” Huntsville knows what it is asking for, though. It has benefited from highly skilled immigrants before.

Beginning in 1950, the town located in the Tennessee Valley welcomed thousands of newcomers, mainly from other parts of the United States but also from overseas, to work on the Army’s newly consolidated rocket development program, which had been relocated to nearby Redstone Arsenal. In the 1960s, even more national and international skilled workers moved to the area when the National Aeronautics and Space Administration (NASA) built the Marshall Space Flight Center (MSFC) on arsenal grounds. These workers became instrumental in the Apollo space program, which put humans on the moon. Huntsville worked hard to leverage the federal funding that brought the rocket industry to town but also to diversify its economy, so that changes in federal support would not devastate the community. No doubt, one result of this is that today the Rocket City claims to have the nation’s highest concentration of engineers and technology workers, and it has been rated one of the best places in the country for tech startups.

Some of its residents trace Huntsville’s success back to a fairly small group among the new arrivals in 1950, that is, Wernher von Braun’s team of German and Austrian scientists, engineers, and technicians, who designed the V-2 rocket for Hitler’s regime during World War II. According to Huntsville lore, NASA’s spaceflight programs, and by extension Huntsville’s economy, would not have been as successful without the team.

This year marks the seventieth anniversary not only of VE Day, but also of the arrival of the first members of the German rocket team under the secret military project “Operation Overcast,” which later became “Operation Paperclip.” It took the State, Justice, and War Departments two years to devise a special process that would allow the rocketeers and their families, who had been brought into the country as enemy aliens under military custody, to become resident aliens on a path to citizenship.

While some believe that these immigrants with special skills should not have received preferential treatment because of their past work for Nazi Germany, the postwar decision to offer them a path to citizenship helped set the stage for the preferential system for immigrants with “special skills” that is still in effect today. The 1952 Immigration Act solidified this concept by reserving the first 50% of each national quota for immigrants with skills presumably urgently needed by the United States, marking a significant shift in the admissions program. Since then, every successive legal framework governing U.S. immigration has included a quota for the highly skilled.

Monique Laney is assistant professor of history at Auburn University. She lives in Auburn, AL. 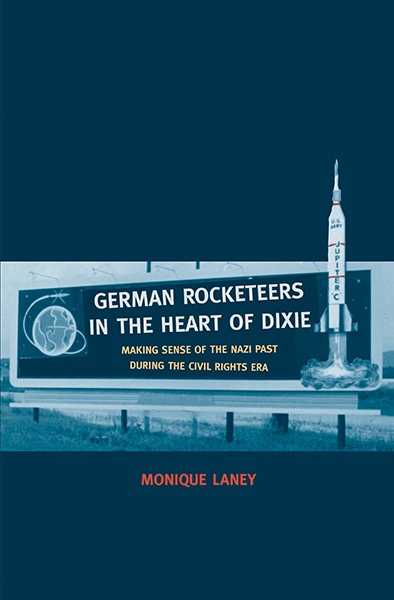