What will come of the mid-June murders in Charleston is still to be determined. We have already seen an extraordinary display of solidarity and restraint as forms of power among South Carolina blacks close to the African Methodist Episcopal Church. And the news from Columbia, South Carolina’s capital, suggests this has produced a significant moment in our awareness of ourselves and our past.

Within days of the killings at the A.M.E. Church in Charleston, the alleged shooter’s loyalty to the Confederate flag, a nearly fetishistic devotion, turned this symbol of an ill-remembered past into a national question. In a grim mirror image, we have since been faced with a spate of church burnings across the South, apparently (if not yet demonstrably) in response to nationwide protests against the continued display of the Stars ’n’ Bars in public spaces. It is retrograde, certainly, but this is the point: these acts tell us that myths have been disturbed in the name of a buried history. This is almost always perilous and almost always an advance.

What is it about the Confederate flag that arouses deep feelings, if not always thought, among those who elevate it and those who detest it? This rectangle of cloth is laden with symbolism, signification, metaphor, and meanings that language cannot easily contain.

The first thing to grasp is that the too-familiar Stars ’n’ Bars was never the flag of the Confederated States of America. Its first national flag was a variant of the first American flag—a circle of stars and horizontal stripes. That had four versions, each altering the number of stars and the proportions of stars to stripes. The C.S.A.’s second and third flags incorporated the commonly recognized cross, but within a field of white and then white with a single red stripe. Lee’s army in northern Virginia, the Army of Tennessee, and the Confederate Navy were the only ones to fly versions of the Stars ’n’ Bars as it comes down to us.

The flag’s meaning is thus unofficial, for want of a better word. It’s not about politics so much as a certain consciousness. For almost everyone in the South it stands for a certain idea of the South, surely—for southern exceptionalism, as the scholars put it. But beyond this, meaning depends on who hoists the flagpole aloft: it can signify racial attitudes, various kinds of nostalgia, or the pathos of defeat.

Other clues to meaning are found in informal names for the flag. It is “the rebel flag,” for instance, and so is presumed to stand for a certain kind of locally rooted resistance. I have always found “Southern cross” to be a curious appellation, given its suggestion (not consciously intended) of a burden borne. In both of these terms it is not hard to detect a certain class identity, too. Even more now than during the Confederacy’s brief time, Southern resistance is working people’s resistance to economic power emanating from another political economy centered in another place.

A CNN poll conducted since the Charleston tragedy and the controversy that has followed indicates that nearly 60 percent of Americans understand the flag to stand for Southern pride rather than Southern racism. What we know as the Confederate flag is incorporated into the design of Mississippi’s state flag and flies, as we all now know, before the South Carolina State House in Columbia, among many less formally public places.

This brings us to the problem—the problem and the aforementioned complication attaching to the problem. To understand this problem, we must read the flag as text, as I’ve already suggested. And as text it is a unity. It cannot be separated into chapters, so to say. Its meanings and signifiers are too blurred to distinguish one from another.

With this in mind, here’s the problem: underlying the impulse to articulate separate meanings—advancing one, repudiating another—is a denial of the centrality of slavery among the Confederacy’s causes. It is thus an effort to deny America’s “original sin”—a phrase usefully deployed in the debate on the flag now before us.

As any student of history knows, there is a long tradition dating to the Reconstruction wherein the national narrative was rewritten to excise slavery from it as fully as was practicable. This was done in the name of preserving our nation’s foundational myths—the myths arising from the ideological conception of America as a project blessed and guided by Providence. The repair of the American story after the Civil War thus became extremely important in salvaging and sustaining the myths.

Salvaging from what? From the terrors and responsibilities of history.

Sustaining in the face of what? In the face of a past whose truth must be deferred on the ungrounded assumption it can somehow be erased.

Think about the CNN poll just noted. Fifty-seven percent of Americans don’t identify the Confederate flag with racism? This is the lingering power of the myth. Extraordinarily enough, this is how long American people have kept American history at bay. I can see no other interpretation.

Now to the complication.

You have the principle of states’ rights and the invocation of this principle in the causes of slavery and (for a long time afterward) segregation. We are wrong not to distinguish principle from application, as the former, which the Confederacy also fought for, has been the wellspring of popular (as opposed to elite) democracy since long before the Declaration was signed.

This is because, first, the proper exercise of states’ rights remains a vitally important instrument in the advance (or recovery, at this point) of American democracy.

Second, this is another form of sustaining myths as against history. This I mean two ways. One, we participate in deferring, even now, a properly historical understanding of the meaning of the Confederacy in its full complexity. If we cannot locate states’ rights in the story, notably in how the principle was deployed, we are unlikely adequately to locate slavery in it, too.

Two, the very poor reputation that the concept of states’ rights has acquired obscures an exceedingly important dimension of American history. I am thinking of the powerful populist tradition that animated the colonies even before they declared sovereignty. The Hamiltonian project buried this dimension of history too, and it remained buried through most of the nineteenth century. By way of able historians, it breathes again: it is understood for its importance. It is a source of inspiration—and of promise.

Yes, federal forces won the war. And yes, African-Americans have often resorted since to federal protections—and federal power, indeed—to restrain those invoking states’ rights against human and civil rights. But this is not the whole story, and we must salvage the whole story as we apply history to the mythologies referenced so complexly in the Confederate flags that still flutter among us.

Patrick Smith was the International Herald Tribune’s bureau chief in Hong Kong and then Tokyo from 1985 to 1992, when he also wrote “Letter from Tokyo” for the New Yorker. He is the author of four previous books and contributes frequently to the New York Times, Business Week, Time, and other publications. He lives in Norfolk, CT. 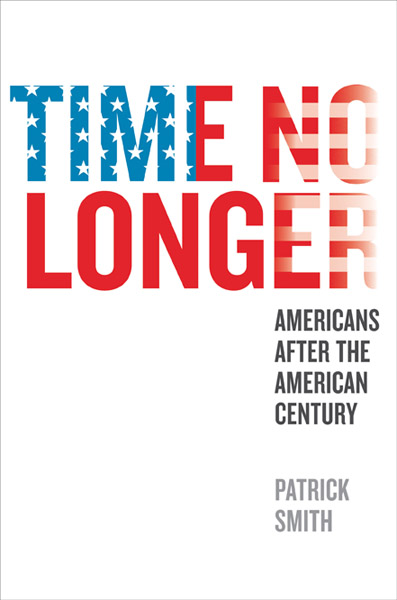