This last March, the National Marine Fisheries Service invited public input on a recently released draft environmental impact statement that evaluates the Makah Nation’s request to resume hunting gray whales off the coast of Washington State. Most of the feedback on the government website that is collecting this input does not sink to the depths of overt Indian-hating, racist rhetoric normally seen in the comments sections of online media outlets. However, many opponents of Makah whaling base their criticisms on a single-perspective, linear sense of historical change, arguing that “civilized” peoples no longer hunt whales. Critics advise the federal government to “drag” Makahs into the twenty-first century rather than support “ancient” traditions.

Not only do these criticisms still exhibit racist attitudes about indigenous peoples (i.e., because they are Natives, Makahs are savage and backward), but they also lack an accurate historical understanding that reflects a Makah perspective. Many opponents fail to appreciate the historical and continued importance of the sea to the Kwi-dihch-chuh-aht (the People of the Cape). Similar to other Northwest Coast peoples, Makahs living near Cape Flattery, the most northwestern point of the contiguous United States, have always maintained substantial connections with their marine environment. For thousands of years, fishing for halibut and salmon and hunting marine mammals provided the foundation of their subsistence and commercial economies. More important, ownership over local marine waters and related customary practices—but most especially whaling—formed their identity, making them the People of the Cape. When they first encountered non-Natives in the late-eighteenth century, they made it clear through words and actions that the outsiders were sailing in Makah waters and that they needed to adhere to indigenous protocols. From the late 1780s through the mid-nineteenth century, the sale of sea otter pelts, fish, and whale oil to maritime fur traders, the Hudson’s Bay Company, and American coastal traders made the People of the Cape wealthy and powerful. During negotiations for the 1855 Treaty of Neah Bay that they signed with the United States, Makah representatives spoke at length about retaining marine tenure and reserving their fishing, sealing, and whaling rights. As Chief Tsuh-kah-wihtl explained, “I want the sea. That is my country.” For the next thirty years, Makahs managed to keep the marine waters around Cape Flattery as their country by preventing outsiders from fishing in Makah waters.

Despite the substantial environmental, demographic, political, and economic changes of the late nineteenth and early twentieth centuries, the People of the Cape sustained a lifestyle dependent on the ocean and marine products. From the mid-nineteenth century on, Makahs sought ways to employ new technologies, such as schooners and steamships, to expand their whaling grounds. Although whale oil became increasingly less important in the global economy, it remained an essential food item in Makah households and a significant commodity in regional, indigenous trade networks. They experienced more financial success, however, by purchasing schooners, which they sailed to the Bering Sea to make tens of thousands of dollars through hunting and selling fur sealskins in the 1880s and 1890s. As sea mammal populations plummeted due to overhunting at the hands of non-Natives, the US Congress legislated Makahs out of pelagic sealing by the turn of the century. With fewer whales swimming past Cape Flattery, the Makahs made the radical decision to suspend whale hunts beginning in 1928. At that time, the People of the Cape intended to resume hunting once whale populations rebounded.

Makahs made this decision during a time when another indigenous marine industry—fishing—was also under assault. In the twentieth century, the federal government’s assimilation policies shifted from creating self-sustaining tribes to controlling every aspect of Native individuals, families, and communities. For the Makahs, this took the form of trying to reorient them away from maritime industries. Operating from expensive modern vessels with increasingly mechanized equipment, non-Native fishers poured into the Cape Flattery halibut and salmon fishing grounds. With no access to the capital necessary for the scale of investment that would allow them to compete against these fishers, Makahs were largely shut out of their fishing grounds. At the same time, local fish and game wardens enforced state prohibitions targeting Indian fishers, even taking extralegal measures to further inhibit Native fishing in Washington State’s waters. After years of litigation, the Makahs and other tribal nations in the state regained equitable access to their fisheries with a major victory in US v. Washington (1974), the infamous “Boldt decision.” Yet this victory in the federal courts had it limitations for the People of the Cape—it failed to protect Makah treaty rights to their most critical fishing grounds, the halibut banks that ended up on the northern side of the boundary demarcated when the United States and Canada declared exclusive fishery zones off the coast in 1977. Two years later, representatives of the US State Department negotiated with Canada for the rights of sports fishers—but not Makahs—to take halibut from the tribal nation’s fishing grounds now located in Canadian waters.

This historical backdrop informs current Makah efforts to reclaim the sea through customary practices, such as whaling, that their ancestors reserved for themselves in the 1855 treaty. Through petitions, fish-ins, protests, diplomacy, and litigation, the People of the Cape have fought to maintain authority over and rights within their marine waters. Their active struggles have combated concerted efforts of state and federal governments, along with non-Natives, to separate them from the sea. For Makahs, whaling, much like fishing, is not something frozen in some Indian past. Instead, it exemplifies how the People of the Cape keep the sea as their country today and prepare for the tribal nation’s future. 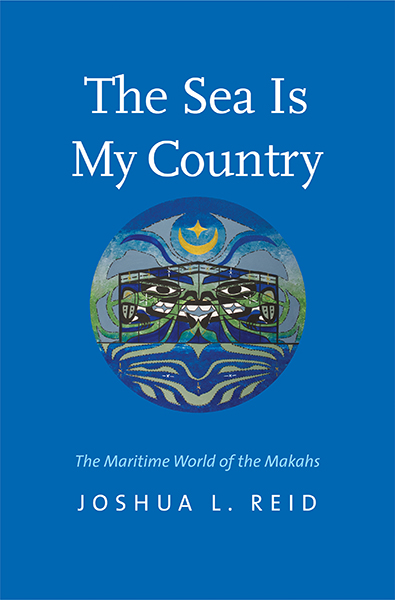