Should we raise the minimum wage to $15 an hour? Those who say yes seek wages sufficient to sustain workers; those who say no argue that this will increase business costs, leading to layoffs of the very people we are trying to help.

Would an increase help workers or hurt them? Basic economic theory suggests that increasing the cost of something will lead to a decrease in demand for it. Higher wages, fewer workers. But evidence in the real world suggests that minimum wage increases have had little or no effect on hiring, either because businesses can afford to pay more or because higher wages actually benefit companies by reducing turnover and training costs. But a $15 wage is a more significant increase than we have seen in the past and it is possible that it might affect hiring for some companies in some parts of the nation.

That brings us to the underlying question of justice. A $15 wage would undoubtedly benefit those who get a wage increase and may even make the company more profitable if it results in decreased costs. But if it does lead to layoffs or reduced profits, then the benefit to some comes at a cost to others. If that happens, is it fair?

To answer this question, we need to address the more basic issue. Why regulate wages at all? Why not let “the market” determine wages rather than having government “regulation” set a minimum by fiat?

Stating the issue this way assumes that we must choose between an unregulated market and government intervention. But markets need rules. In a democracy, we the people set those rules by passing laws that set minimum standards for market relationships. For example, we have environmental laws to ensure that our air is not polluted and our water is not poisoned. We have anti-discrimination laws to ensure that we are not excluded from the marketplace because of our race, sex, or religion. We have consumer protection law to insulate consumers from unfair or deceptive business practices.

While it is true that we usually leave prices and wages to choices by market actors, we also set minimum standards for labor markets to ensure that workers can participate in the market in dignity. We have workplace safety rules despite the fact that such rules may raise business costs. If such rules decrease employment, then we help those who are displaced in other ways. We do not help the unemployed by allowing businesses to set up sweat shops.

The fact that markets need rules does not mean that all rules are good or just. Are minimum wage laws fair? Some argue that competition among employers and employees is sufficient to ensure that workers get what their work is worth. Workers who do not like the wages being offered can go elsewhere.

But suppose we are still recovering from the subprime crisis and many people cannot find jobs? What if the wages are not enough to live on?

The fact that businesses can get workers to work for wages too low to live on does not mean that is all their work is worth. When unemployment is high, workers take what they can get and businesses pay as little as they can.

Moreover, when workers do not make enough to live on, they get what they need elsewhere—from family, from a second or third job, from friends, from charity, and ultimately from government. When the Supreme Court upheld the constitutionality of minimum wage laws in 1933, Chief Justice Hughes explained:

The exploitation of a class of workers who are in an unequal position with respect to bargaining power and are thus relatively defenseless against the denial of a living wage is not only detrimental to their health and well being, but casts a direct burden for their support upon the community. What these workers lose in wages the taxpayers are called upon to pay. The bare cost of living must be met . . . . The community is not bound to provide what is in effect a subsidy for unconscionable employers.

Businesses that make money by paying workers less than they need to live on are taking the benefit of work without paying what is needed for workers to sustain themselves. That is like buying a machine and insisting on a right to pay less than it cost to produce the machine. A producer cannot be expected to sell a machine under those circumstances. That demand is an unreasonable one to make.

This is even more true for workers. Unlike machines, workers have a right to live in dignity. Minimum wage laws accomplish that by putting all employers on a level playing field and ensuring that workers get what they need to live.

Businesses pay low wages not because they are evil but because competition drives them to minimize costs—and they will do that until the law stops them. The fact that businesses can do something does not mean that they should be able to do it. Thucydides tells us that “the strong do what they can and the weak suffer what they must.” But civilization means rejecting the idea that might makes right.

Minimum wage laws do not interfere with the free market. They ensure that markets work for everyone who participates in them. Minimum wage laws do not redistribute wealth from employers to employees; they ensure that employers do not steal from employees. Free labor is something we abolished with the Thirteenth Amendment. If you want living, breathing human beings to work for you—if you want to profit from their labor—you have to pay them enough to live on. It’s as simple as that. 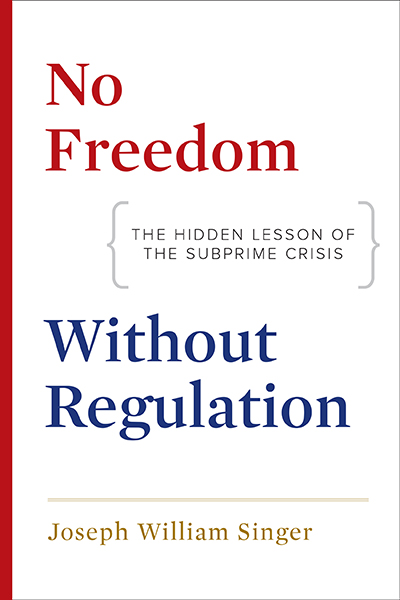