In these dog days of summer 2015, the 2016 presidential election campaign is already in full swing. Twenty-two announced candidates (seventeen Republicans and five Democrats) are already filling the airwaves with their pitches, though the first actual delegate selection event, the Iowa Caucuses, is not for another five months, in January 2016. The primary season for both parties follows. The general election is November 2017, and the new president (no. 45) takes office in January 2017.

Meanwhile, another crucial process of the American political system is also gearing up—very much under the radar for most of us—namely, the planning for the 2020 Census, so the nation can reapportion seats in the House of Representatives and Electoral College. It will be the twenty-fourth decennial count in the nation’s history. The planning process, for the demography geeks and public officials in charge, is in its crucial decision-making phase. Current congressional appropriations will determine what can be spent to count the estimated 320–340 million Americans. In 2016, the Census Bureau will conduct field tests in Harris County, TX and Los Angeles, CA to test new methods for 2020. The bureau is hard at work now organizing the complicated logistical process of finding every American address and a person who can provide information on who lives there.

Periodic elections and the decennial census are both a function of the constitutional structure created in 1787 after the American Revolution. They operate on different rhythms. We elect a president every four years. We count the population and reapportion seats in Congress and in legislative districts across the country every ten years.

Every twenty years, the culminating events coincide. In April 2020 we’ll count the population. In November 2020, we have another presidential election. But perhaps few of the current presidential campaigns have on their radar that it will be the winner of the 2016 presidential election who will actually oversee the administration of the 2020 count.

So why should we (and the candidates) care?

We should care because the decisions made by Congress and the forty-fifth president will shape how well we count the population in 2020, whether it is done efficiently, cost effectively, and accurately. As I’ve written, because of the dynamism and diversity of the American population, the U.S. has always had a “politics of population” that periodically draws the census, which is supposed to be a nonpartisan scientific enterprise, into the contentious political struggles of the day.

Sounds simple, right?  It’s not, because all through the process are questions about who and how to count. Everyone? (That is what we do.) But why not just citizens, or voters, if this is about apportioning seats in Congress? The history of how the census has counted in the past provides insights into why we do it as we have. For example, the Founding Fathers decided that everyone except “Indians not taxed” should be counted, when in the eighteenth century only about 10% of the “population” had political rights to vote and hold office. (Women, children, slaves,  indentured servants, even property-less adult men were not “voters.”)

How do we know if the census numbers are “right”? That is, that people haven’t been missed, by mistake or deliberately, and thus a state which “deserves” a House seat sees it go to another state. Utah so argued after the 2010 census in court, claiming that North Carolina “unfairly” got a seat that Utah deserved. (Utah lost their case in court.)

Many such examples exist in the historical record. And perhaps the most egregious one dates from the fourteenth census, 100 years ago, when, for the only time in the history of the nation, Congress looked at the census numbers and refused to reapportion itself, claiming they had to be wrong. (What they showed was dramatic growth in urban areas and the West, much to the dismay of the rural majority in Congress.) States that grew in population and thus “deserved” seats in the House didn’t get them until after the 1930 census, when it was clear that those 1920 numbers were not errors.  The nation was majority urban and people were moving west. In the meantime, the political life of the nation suffered.

So that is why Americans should ask presidential candidates if they support the resources for a high-quality 2020 census. Warning signs are already there, as members of congressional oversight and appropriations committees cut funding for census planning. Does anyone think that the presidential campaigns will wait until a few weeks before the primary to plan a campaign?

So for census geeks and census historians like me, it’s not too soon to alert the public of the issues, reminding Americans that this unobtrusive, once-a-decade event is also a big political deal.

Margo Anderson is Distinguished Professor of History and Urban Studies at the University of Wisconsin–Milwaukee and is widely regarded as a major authority on the census, both inside and outside academia. 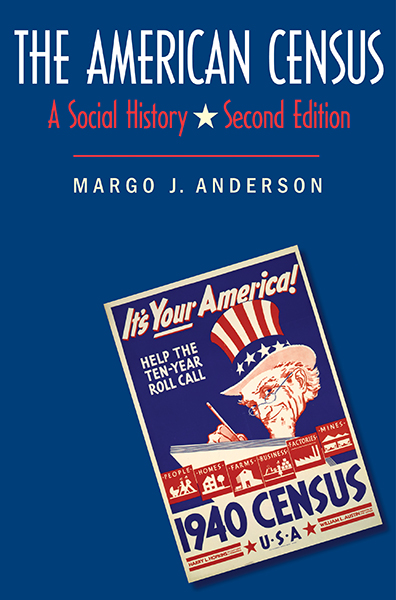 Featured Image: 1930 Census for 2000 Block of St. Paul by Daniel X. O’Neil via Flickr under a Creative Commons license