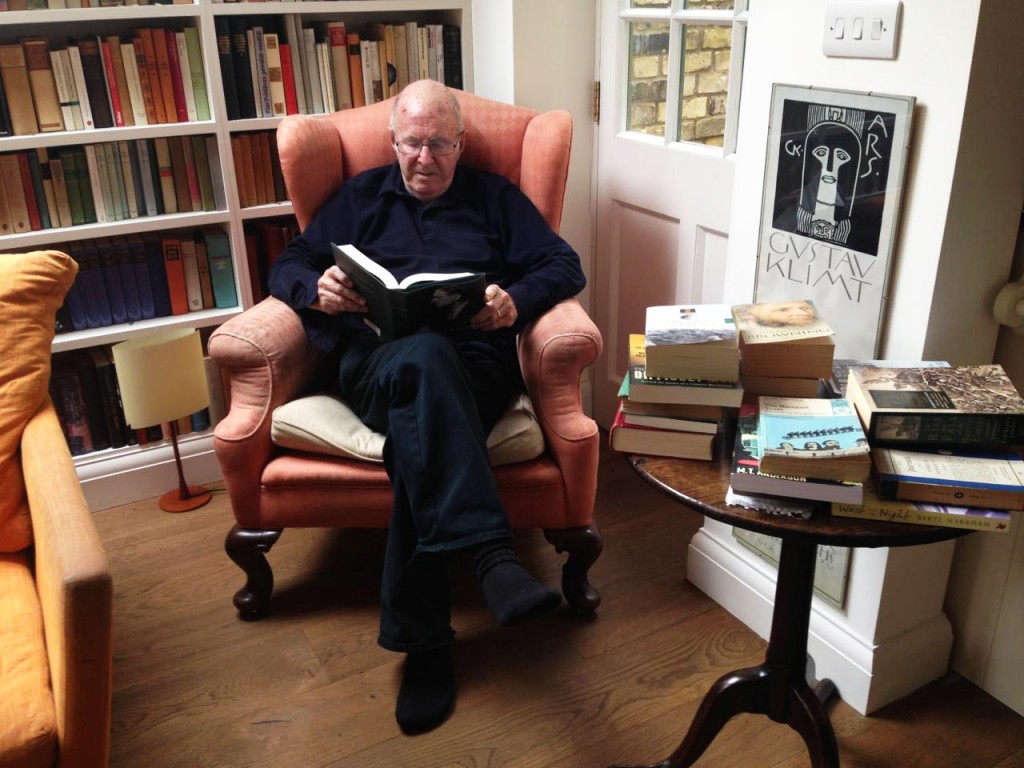 Clive James in his library, summer 2015

In August 2015 Yale published Latest Readings, by the celebrated memoirist, poet, translator, critic and broadcaster Clive James. As he contemplates life and mortality, James muses that “if you don’t know the exact moment when the lights will go out, you might as well read until they do.” We spoke to Clive James about what reading means to him at this point in his life, the links between great writing and reportage, and favorite books and writers he still hopes to encounter or share with others.

Yale University Press: Virginia Woolf wrote that reading is “a pursuit which devours a great deal of time, and is yet apt to leave behind it nothing very substantial.” Do you agree?

Clive James: Luckily for me, I am not threatened by the kind of illness that eventually led Virginia Woolf into the river. I’m just tired. Being that, I find that reading is more rewarding than ever. If I read something I’ve read before, I’m refreshed by being able to bring to it a new angle based on experience. And if I read something new, I do so with a new hunger, and, as far as I can tell, a whole new clarity. Only just lately I have been going right through Empson’s poems again, and finding them as brilliant as they are elusive; and I have been reading Browning’s The Ring and the Book seriously for the first time right through, and have found it to be a wonderful mixture of genius and willful obliquity. I only wish I had enough time left to recite it aloud: when you try that, even for just a single page, you find that it’s weird faults are impossible to smooth over. So my critical urge is still active.

YUP: How has your response to books changed as your life has progressed?

CJ: My response to books has improved throughout my life, until now, finally, I am fit to be a proper student. There ought to be a university for the old and sick; where, unless you’re on your last legs, you aren’t allowed into the library. I have this vision of nonagenarians taking their first crack at, say, Pope’s Homer. Actually I’m about to read that one again, but I’m far too young.

YUP: Your reading choices often offer an insider’s view on historical events, and you give examples of authors who claim—both with accuracy and exaggeration—to have witnessed key moments in history. In the twentieth century, journalists, artists, and writers have contributed to our view of events from the liberation of the Nazi concentration camps to Vietnam. What recent events of the twenty-first century do you imagine might become the stuff of literary recollection in years to come?

CJ: Several of my friends had a terrific knack for being there at the time. Christopher Hitchens could always guess where the war would happen next and sometimes you got the impression that he started it. James Fenton rode into Saigon sitting on a North Vietnamese tank at the very moment when the last US helicopters were leaving from the US Embassy roof. But some of the best on-the-spot stuff that I’ve read has been written just lately by women emerging from the rust and sump oil of Eastern Europe: Slavenka Vakulic in Rumania, for example, to Dubravka Ugresic in the Balkans. You can bet your life, though, that the next great book on current world events by a woman will come from one of the Islamic countries. Some would say that Ayan Hirsi Ali has already written it.

YUP: Latest Readings is your exploration and interrogation of books you’ve read and re-read during this phase of your life. If you were to find this book (on Hugh’s Bookstall!), written by another notable person, whose “Latest Readings” would you like to pick up and read?

CJ: It’s a nifty question, with a hundred answers: but I think it would have to be William Hazlitt. A wonderful, wide-ranging critical mind.  Right now I’m trying to write a few paragraphs about Game of Thrones, and I keep trying to imagine what he would have said about it. If you mean someone alive, though, I’d like it to be Philip Roth: a very adventurous reader always. Before the Berlin Wall came down, the critical articles he wrote about the literature of Eastern Europe were a great contribution to humanism and liberty. It’s what I most love about him: the man who made me bust a gut laughing at Portnoy’s Complaint had a whole global vision at his fingertips, a whole culture.

YUP: Inheritance books – if you were to recommend 3 books to a grandchild to read during youth, middle years and older age, what would you put in a shopping basket for their future?

YUP: Can we ask what’s next on your current reading list, and why?

CJ: I’ve just started Boswell in Holland and might move on to his Tour of the Hebrides. If I’m not careful, those books will lead me back to his Life of Johnson and I will read the damn thing all over again. I read it cursing that one guy can have the energy of six people. At least three of them are Johnson himself, of course. What a man. And man, what a book.

Clive James is an Australian memoirist, poet, translator, critic, and broadcaster. He has written more than thirty books of fiction, nonfiction, and poetry, including Cultural Amnesia. 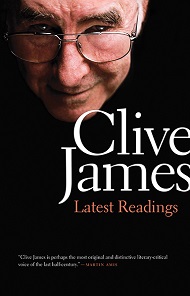